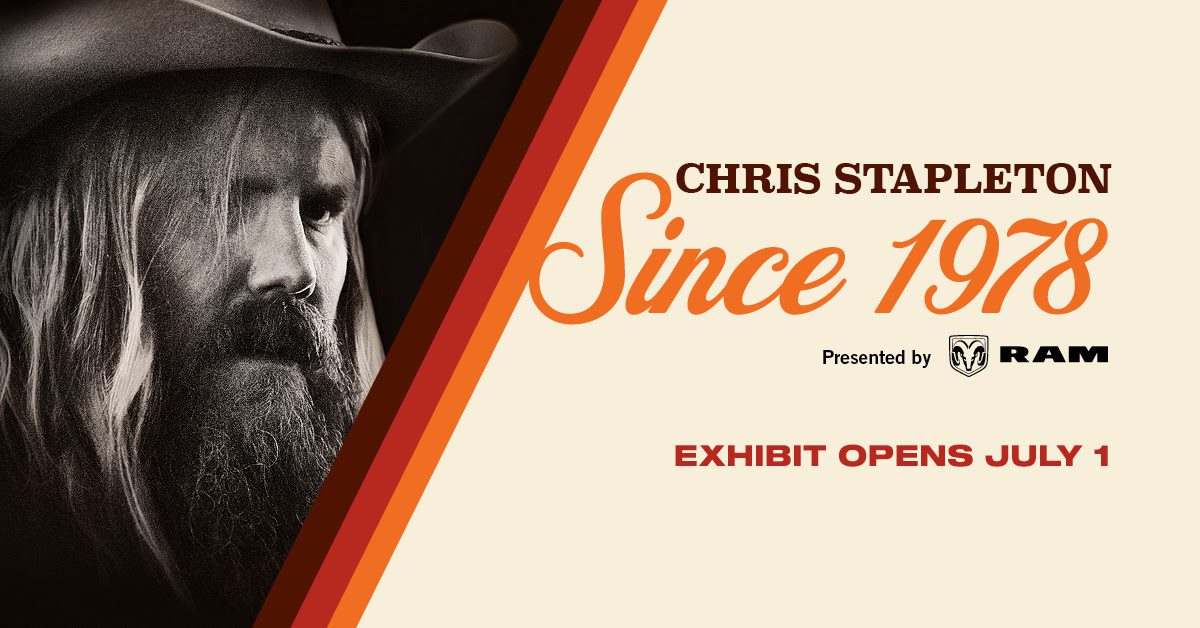 Chris Stapleton‘s musical career will be chronicled in a brand new exhibit at the Country Music Hall Of Fame and Museum, “Chris Stapleton: Since 1978,” presented by Ram Trucks. 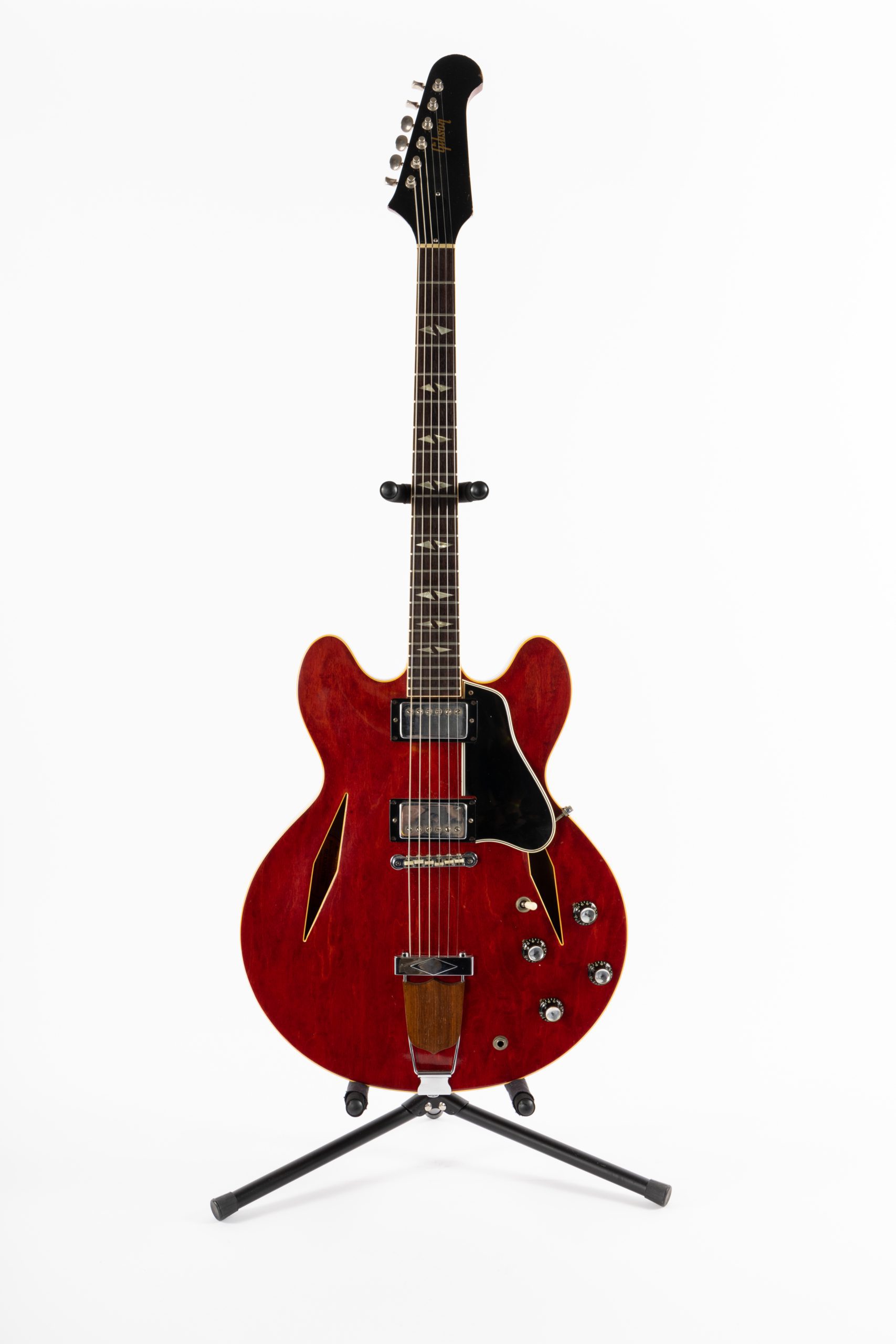 Opening July 1 and running through May 14, 2023, the exhibit will shine a spotlight on Stapleton’s multi-faceted career, from his Kentucky roots and success as a Nashville songwriter to his rise to stardom as one of country’s most unique voices.

Items featured in “Chris Stapleton: Since 1978” include Stapleton’s first guitar amplifier; a 1960s Gibson GA-8 Discoverer; the Pendleton flannel jacket, Dee Cee denim western shirt, and Manuel leather vest worn by Stapleton on the album cover of his 2015 album Traveller; and much more.

A powerhouse singer, songwriter and musician, Stapleton has collaborated with artists ranging from Country Music Hall of Fame member Bobby Bare and Carlos Santana to Justin Timberlake and P!nk. Before his breakout success with his quadruple-Platinum album Traveller, he proved his musical mettle for more than a decade as one of Nashville’s in-demand songwriters.

Gary Allan (“Drinkin’ Dark Whiskey”) and Patty Loveless (“Higher Than the Wall”) were among the first to release songs written by Stapleton in 2003, but he scored his first Billboard No. 1 hit as a songwriter with Josh Turner’s “Your Man” in 2006. As a songwriter, Stapleton has also earned Billboard No. 1s with Kenny Chesney (“Never Wanted Nothing More”), Darius Rucker (“Come Back Song”), Luke Bryan (“Drink a Beer”) and Thomas Rhett (“Crash and Burn”), as well as three of his own recordings. 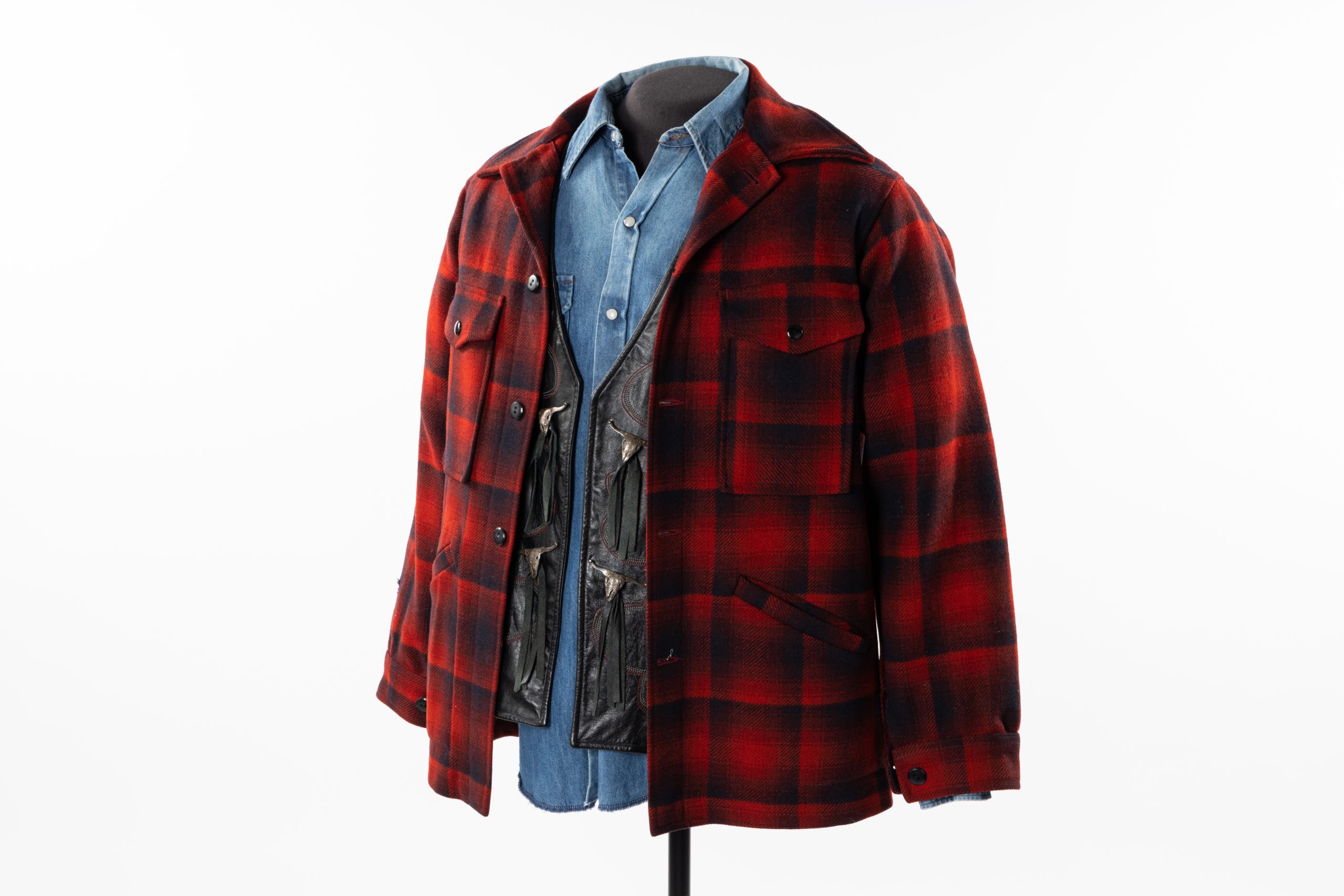 In addition to his own hits, more than 170 of his songs have been recorded by artists, including Alison Krauss and Union Station, George Strait, Sheryl Crow, Lee Ann Womack and more.

“Chris Stapleton is a powerful and emotive singer, a prolific and poetic songwriter and a skilled and expressive guitar player,” shares Kyle Young, CEO for the Country Music Hall of Fame and Museum. “His rise as a successful artist may have seemed instantaneous to many, but he has been a force in country music for more than 20 years–whether writing hit songs for other country artists or contributing to studio recordings. Throughout it all, he has maintained his own unique perspective by staying true to his authentic self and artistic vision, and he continues to open the door to country music for new fans across generations and genres.”