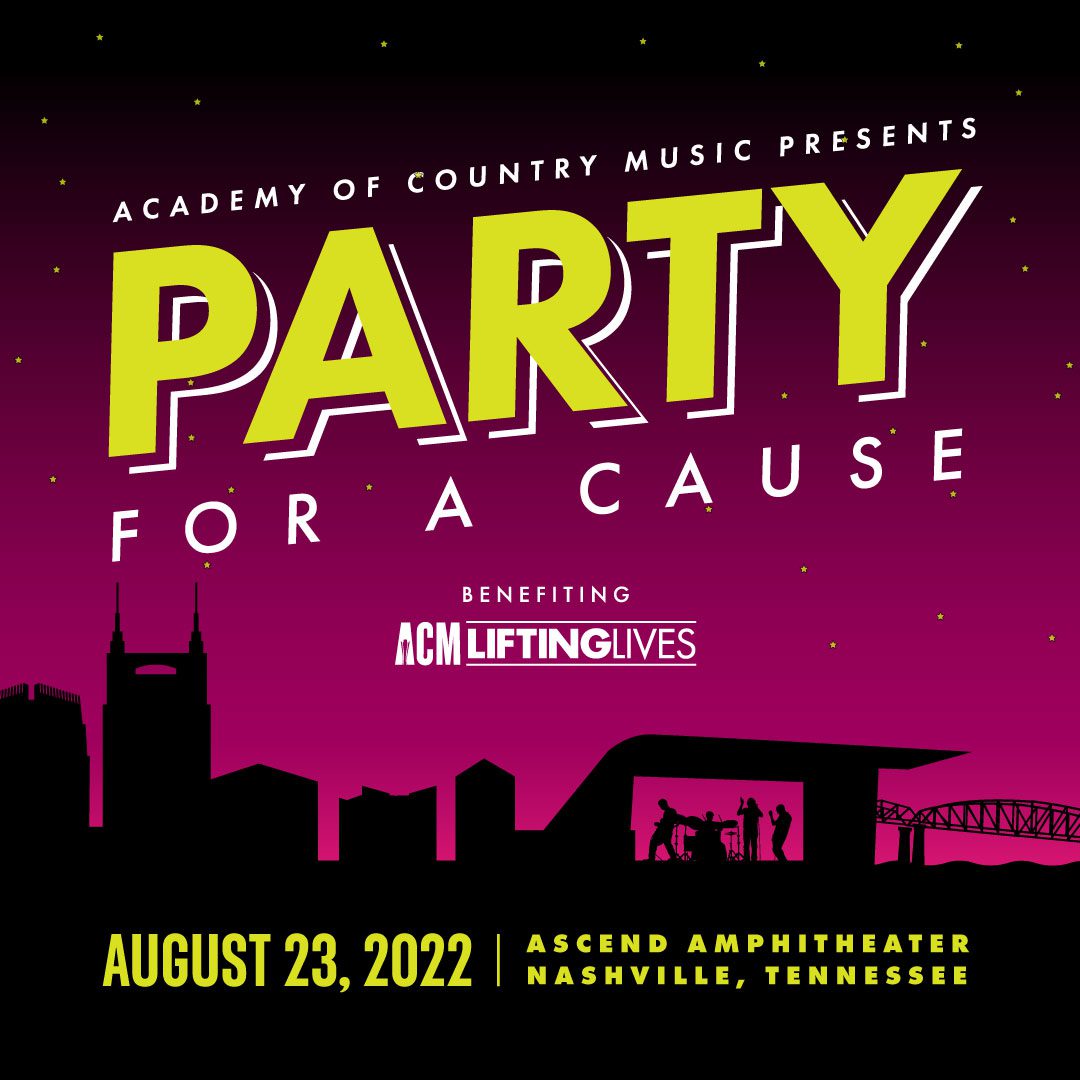 The Academy of Country Music’s annual Party For A Cause will return to Nashville’s Ascend Amphitheater for a second consecutive year on Tuesday, Aug. 23.

Benefitting ACM Lifting Lives, the charitable arm of the Academy, the evening will feature live performances from a star-studded lineup ahead of the 15th annual ACM Honors ceremony on Aug. 24 at the historic Ryman Auditorium.

Additional details, including ticket on-sale, host, performers and general event information, will be announced in the coming weeks.