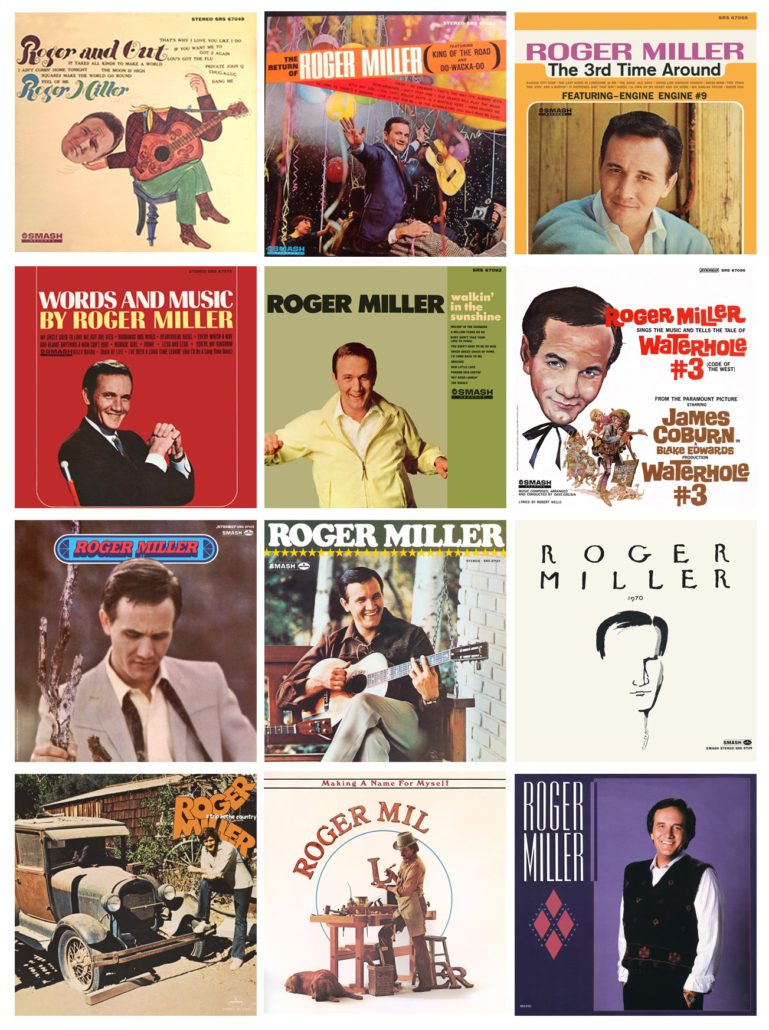 Roger Miller‘s classic albums are being released digitally for the first time ever via Capitol Nashville/UMe. To honor Miller’s life, legacy, and timeless music, albums will be rolled out once a month throughout the summer to mark 65 years since the start of Miller’s songwriting career.

Beginning today (May 27), three albums will be released once a month throughout August, starting with 1970’s A Trip In Country, Miller’s recordings of hit country songs he wrote for George Jones, Ernest Tubb, Ray Price and others; 1979’s Making A Name For Myself, featuring his single “The Hat” which he memorably performed on “The Muppet Show;” and 1985’s eponymous Roger Miller, featuring his recording of “River In The Rain” which he wrote for the seven Tony Award-winning play, Big River; and his last-ever single, “Some Hearts Get All The Breaks.”

“I’m excited that these classic albums of Roger’s are being made available digitally for all to enjoy,” shares Miller’s widow, Mary Miller. “As I revisit his wonderful catalog of songs, I’m reminded how much I like hearing his lighthearted ones like ‘Hey Would You Hold It Down?’ as well as how poignant his ballads are. I hope these songs bring you a laugh, a tear, but most of all, a smile.”

July 29
Waterhole #3
Walkin’ In The Sunshine
Words and Music