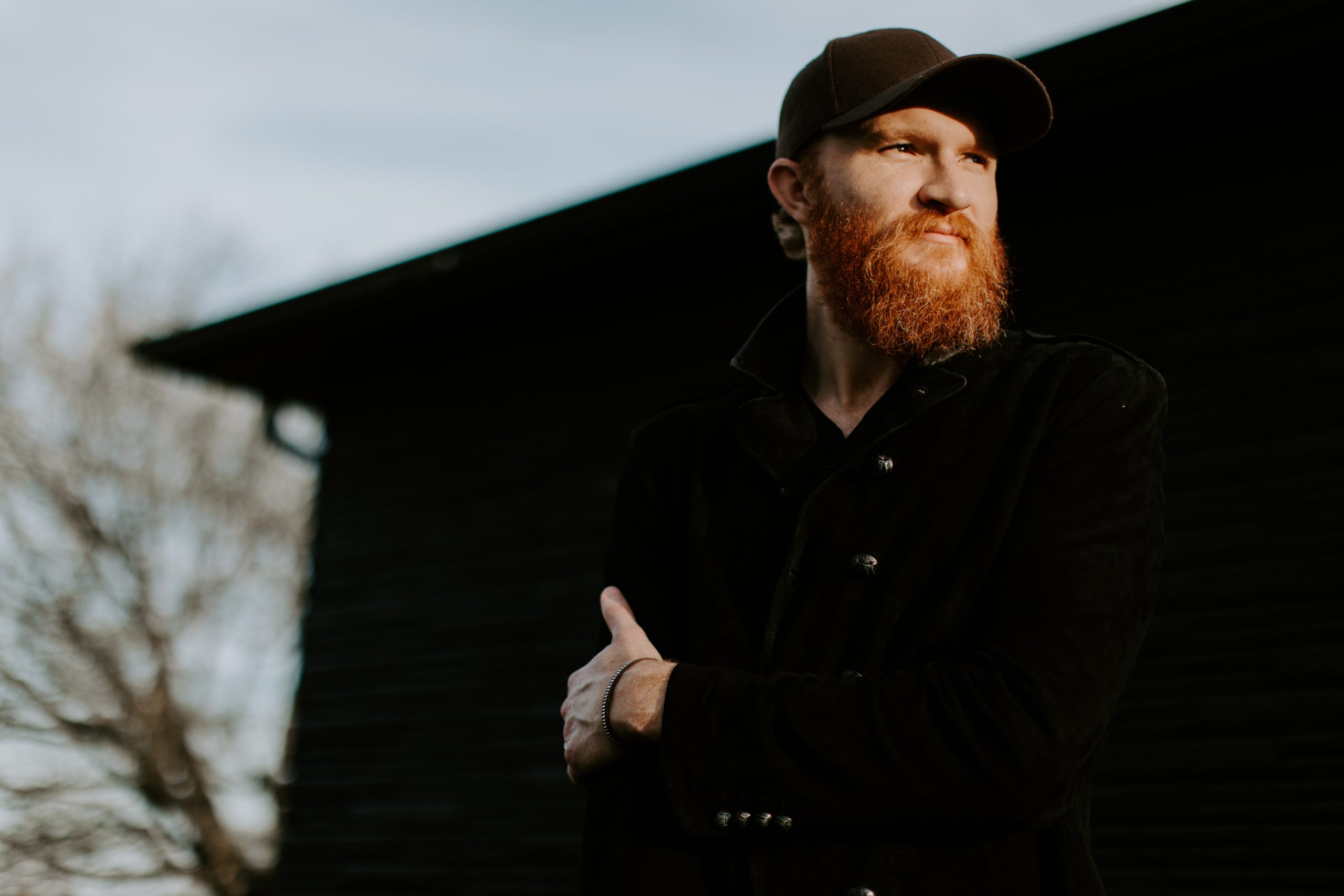 Platinum-selling, Grammy nominated singer-songwriter Eric Paslay has been a familiar face in the Nashville songwriter and artist community for many years.

Since his first No. 1, Jake Owen‘s “Barefoot Blue Jean Night,” topped the charts in 2011, Paslay has had a hand in writing some of Nashville’s biggest hits, including Eli Young Band‘s “Even If It Breaks Your Heart,” Charles Kelley‘s “The Driver,” Rascal Flatts‘ “Rewind,” Love & Theft‘s “Angel Eyes,” and Keith Urban‘s “Wild Hearts,” among countless others. He’s also had success as an artist with songs such as 2014’s “Friday Night” and “She Don’t Love You.” 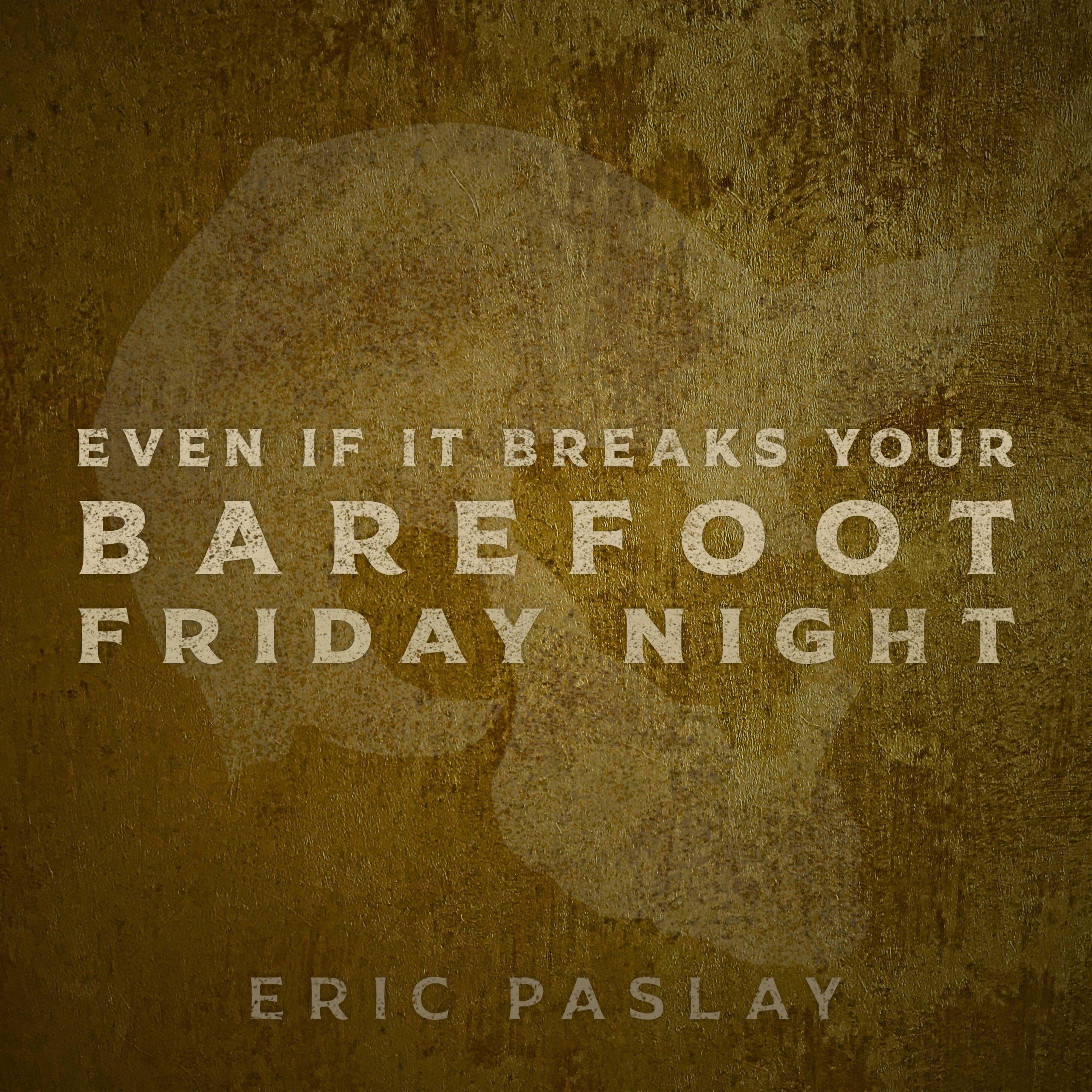 Now, as an independent artist, Paslay is putting his own spin on some of his biggest hits as he releases the third and final installment of Even If It Breaks Your Barefoot Friday Night. The project marks the first time he has recorded many of the songs made famous by his contemporaries, and also features some of his own tunes revisited.

With a busy spring ahead of him as he gears up for a trek across the UK with The Shires and the third release in his cutting-edge NFT series, Paslay recently caught up with MusicRow to discuss his new projects, upcoming plans, and his outlook on being a true singer-songwriter.

MusicRow: How did you first get into writing? When did you know that’s what you wanted to do professionally?

I grew up in Texas loving music and I’ve always been drawn to songs. I always thought that every singer wrote what they sang, so if I wanted to be a singer, I thought I needed to write songs. At 15, I got my first guitar and started writing, which led people to say, “Oh, you can sing and you can write songs? You could pull a Willie Nelson and have other people record your music.”

To me, though, I just pictured being a singer and a writer as the same thing. From the moment I started creating music, playing and performing, I’ve just written and have gotten really lucky that other people have recorded my songs.

When did you first get to Nashville and really immerse yourself into the songwriting world?

I moved to Murfreesboro in 2003 and finished up school for music business at MTSU. Brian Gowen was a guy that lived in my hometown that had a deal on Curb and his wife worked for DreamWorks. They were my inside look into realizing that this is a hard business, but [they told me] that I was really good at singing and writing. They encouraged me to find a reason to stick around. 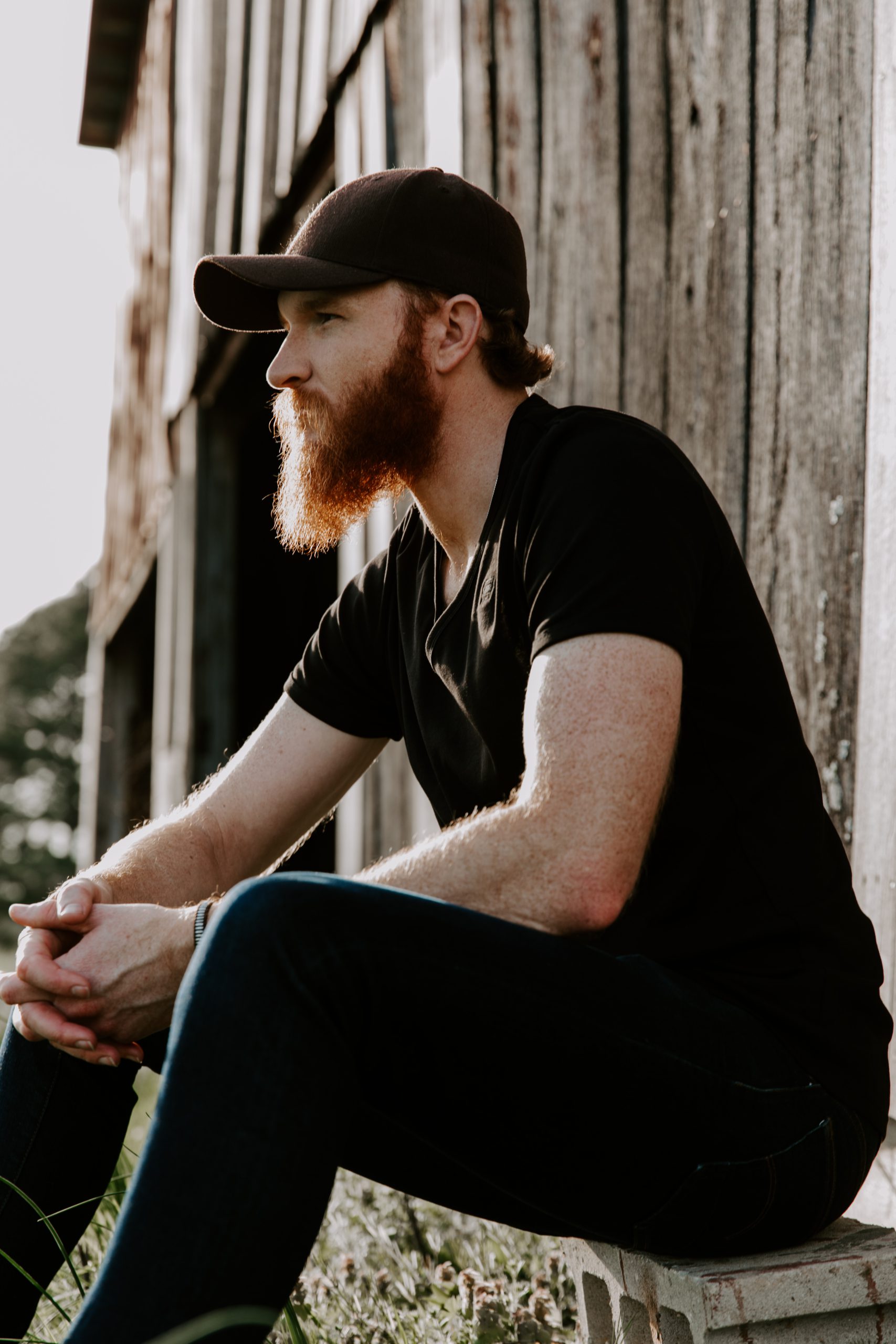 I went to school for music business so that way if I was on the creative side, that’s great, but if I’m not, then I would still be working with music. I was trying to find any way that I could stick around and it worked out that I got to sing and write.

You’re about to release the third installment of Even If It Breaks Your Barefoot Friday Night. What made you want to embark on this project and put your own spin on these songs?

Thanks to Jake [Owen], Eli Young Band, Rascal Flatts, Love & Theft and Charles [Kelley], I know how much goes into getting a song to No. 1. It takes hard work, luck, the stars, God, and everything else lining up at once—and a pocket book.

I get to play five No. 1s every night, and fans of mine have always asked, “Why don’t you record a studio version of ‘Barefoot’ or ‘Breaks Your Heart’?” I just decided to do it. The timing was now and I was able to legally re-record songs that I’ve recorded in the past. It sounded like a challenge, too. I play those songs the same way every night so I wanted to see if I could change it up a little bit. Mitch Furr, who produced the album, did amazing. He’s incredibly talented. I love him, I love the project, and I love how all the songs turned out. We didn’t recreate them too much but we didn’t copy them exactly either.

Do you consider yourself an artist or a songwriter first?

I’ve never considered them separate. I feel like I can get stuck in the, “You’re such a great songwriter. Oh, you sing too? That’s great! Anyway, what about your songs?” I’ve had hits as a singer, but I’ve always considered being a songwriter and being an artist the same thing. If you’re a singer, you’ve got to have something to sing, and I definitely put my time into trying to be as good of a writer as I can be.

People ask, “Man, why didn’t you cut ‘Barefoot?’” But the reality is that even if I did, and I recorded the exact same way with the exact same voice, it still might not have been heard because the stars didn’t line up. Maybe the team wouldn’t have been right or who knows. I mean, Lady A cut “Friday Night” and that was never singled, but I did and it worked out.

You’ve started releasing your own series of NFTs, the last of which comes out April 20. What do you think the future of that endeavor looks like?

It’s been really cool learning about that. With blockchain technology, the most simple way I can say it is that it’s an undeniable receipt. In the world of music, with ticket sales and all of that, I’m looking at mine as the never ending ticket.

With the first one, there were 100 of them. It’s $25 for private concerts from me. It’s the cheapest, best ticket I’ve ever sold. In a way, they’re a fan club. I’m trying to add never ending value to that and, hopefully, it’s worth a whole lot of money someday but no one will ever want to sell it because it’s too much fun to be in the club.

For the second one that we did, I built 10 lights out of antique string ball holders and used the black walnut base from a tree that fell from a tornado that hit us a couple years back. I actually gave one of them away and auctioned off the other nine. 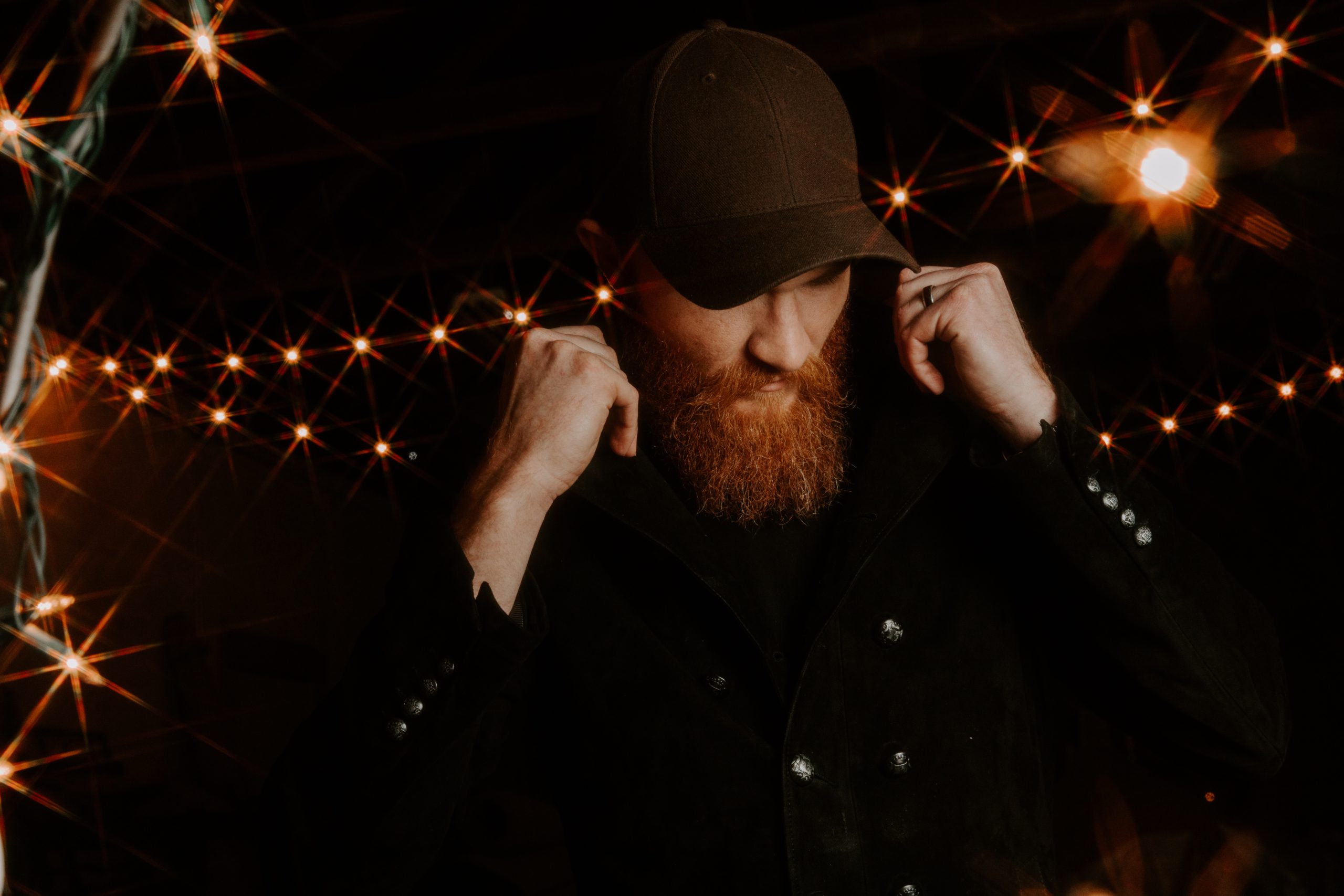 With the third NFT drop, which is ridiculous and I’m probably way ahead of legal things and losing a fortune, I’ll be the first country artist to ever sell parts of my album. We’re auctioning off 10% of the net profits from the album. There’ll be 10 of those so people are literally getting an album with five guaranteed No. 1, two Grammy-nominated songs, a couple of CMA nominated ones and a couple ACM nominated ones.

Are there any plans for new music from you as an artist in the works? Is that something you’re interested in?

We’re already working on music before this one’s even been released. I’m definitely in the mindset of create, create, release, release while I’m able to do that independently. I don’t have a deal on a major right now, but if that occurs, I know that it’s more difficult to put out music, so right now I’m building a catalog of released music.

It’s fun because I keep my head down, write, and go perform. Last week I wrote with Charles and Dave [Haywood] from Lady A and Corey Crowder. We wrote an amazing song. That day I was writing with Lady A in mind, but if they don’t want to record it, then maybe I’ll record it someday or [someone else will.] That’s where the magic is. I love being able to create because there’s endless possibilities for a song. It has forever to be heard. In 200 years some kid on Mars might hear my song and go, “Wow, what an amazing song.” I love music because of that. I love getting to create it, whether I’m recording it or writing it.