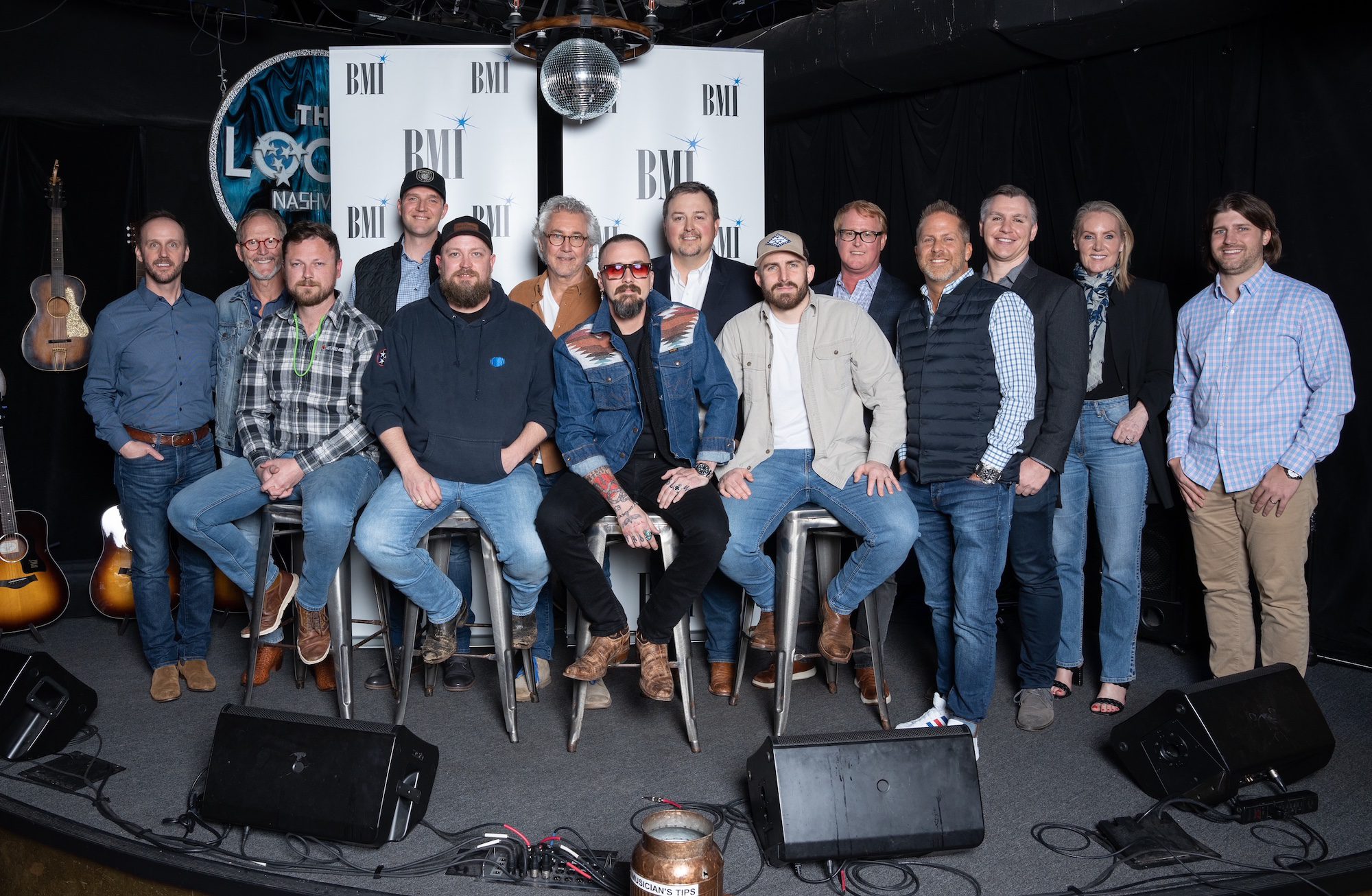 It was a family affair at The Local on Wednesday (March 23) when Wheelhouse Records singer-songwriter Elvie Shane and his co-writers celebrated their No. 1 hit, “My Boy.” The sentimental tune about nontraditional family dynamics was the first chart-topper for all four co-writers: Shane, Russell Sutton, Nick Columbia and Lee Starr.

BMI’s Mason Hunter led the festivities for the tune, which was inspired by Shane’s relationship with his stepson Caleb, who was in attendance.

Hunter set the tone for the rest of the team-member presentations that followed by recognizing how special of a song “My Boy” is. He let the room know that the song was written in 2016 on a porch in Hendersonville, and that all four writers were completely independent at the time it was written.

“This song gives all us the belief that great songs still live in this town,” Hunter said. “I can’t think of a better way to launch a career than with this single.”

Block of Marble and SNG’s Gary Reamey was on hand to support Starr. He called out the village of folks that had supported the writers on their climb to the top.

Sony Music Publishing’s Rusty Gaston, who Hunter referred to as the reverend, hit the nail on the head on how “My Boy” represents the spirit of Nashville. 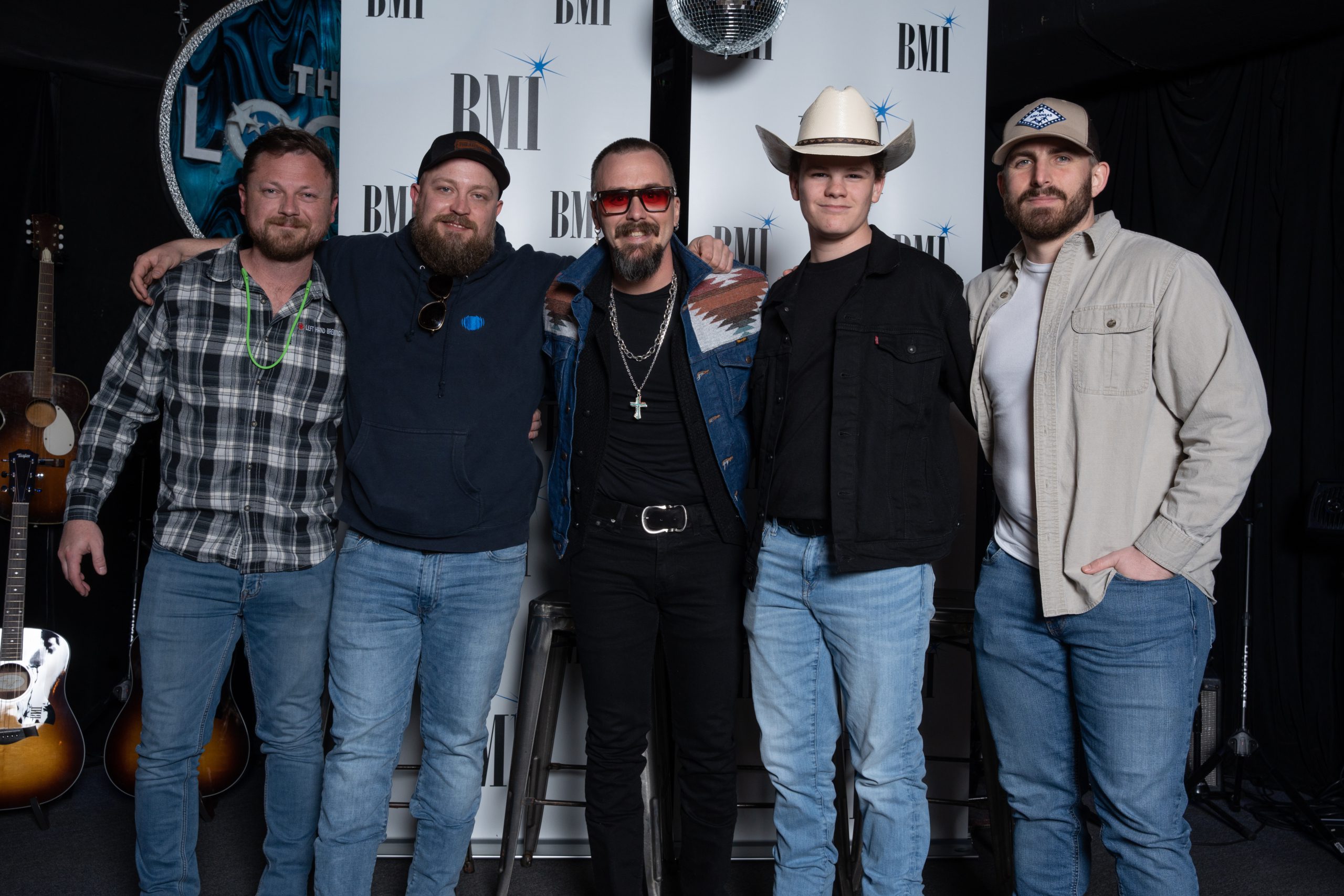 “These guys didn’t write a hit song, they arguably wrote probably the best song in country music of the last decade. And they did it independently,” Gaston said. “It led to independent publishers championing them.”

Gaston added, “This town is built upon independent publishers like Gary starting these companies to take chances on people that are absolute dreamers and absolutely independent. Championing those dreams end up with songs that change people’s lives. That’s what happened here.”

Romeo Entertainment Group’s RJ Romeo and Rome Phrey Publishing’s Lisa Johnson—who were two of Shane’s first believers—spoke about the persistence of the writers. Johnson recognized Shane’s stepson Caleb. “If you hadn’t happened, nobody would be up here right now,” she said.

Warner Chappell’s Will Overton spoke about Shane, highlighting his wild exterior but tender heart. “It’s rare to meet someone who radiates the energy and creativity as much as Elvie does,” he said. “When I think of Elvie, I think LOUD—in all capital letters.”

Reservoir’s John Ozier was on hand to celebrate the company’s first in-person Nashville No. 1 party since opening in Music City in 2019. Ozier and his team represent co-writer Columbia, who got a custom guitar for his achievement.

“Every now and then there’s a song that stops you in your tracks, and you know exactly where you were when you heard it. This song did that for me,” he said.

Pinnacle Bank’s David DeVaul, donning a pair of similar-looking glasses to Shane’s signature look, let the crowd know that a donation had been made to SarahCare in honor of “My Boy.” Country Aircheck‘s Chuck Aly spoke about the feat of achieving a country radio No. 1.

When BBR head Jon Loba got up to speak, he highlighted the significance of the song. “This was a one-listen song for me. I wouldn’t hear of anything else but this being the first single,” Loba said, calling out the Wheelhouse promotion team for fighting for “My Boy.” 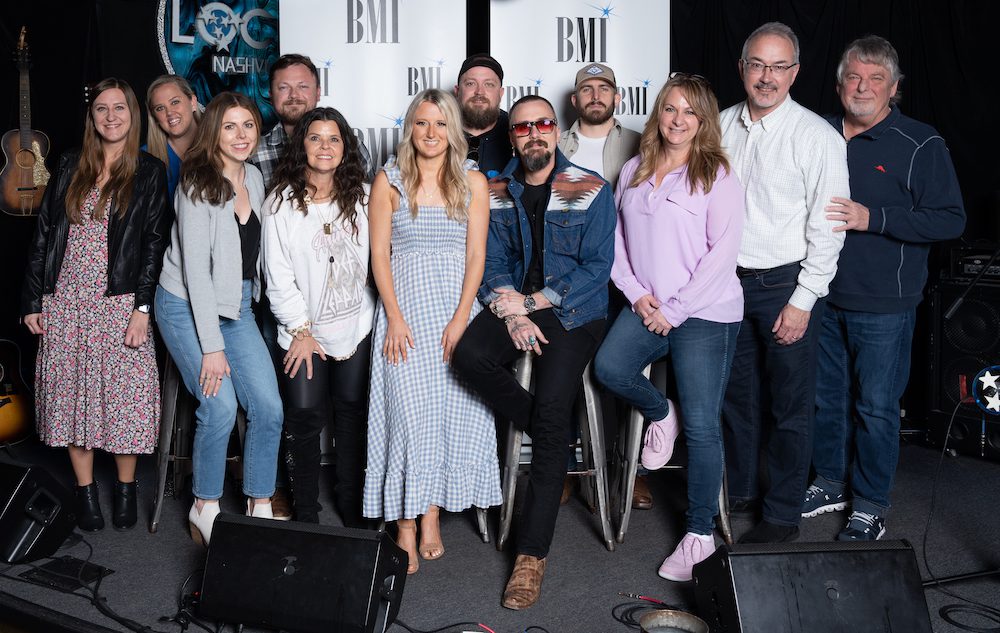 When the writers spoke, the drinks and tears were flowing in the room. Each writer spoke about the night the song was written, and the struggle professional songwriters go through to make it happen.

“We were just four kids that were broker than hell, just trying to write something that mattered,” Sutton said. “These are three of my best friends in the world. I’d do anything for them.”

Sutton also pointed out that all four co-writers had all had babies since they wrote the song. “We had a promise of a check in nine months and were like ‘Let’s do it!” he joked. “That’s all gone now because we had those babies.”

Columbia thanked his family, co-writers and team. “Thank you guys for giving me a place to land,” he said.

Starr emphasized what “My Boy” had survived, and took time to encourage hopeful songwriters. “If there’s anyone out there who writes songs, you may have already done it and you don’t know it yet. For years we were sitting on [‘My Boy’], and we were struggling, wondering when our chance was going to come, when in reality, we had already written our check,” he said. “Keep fighting the good fight, keep believing in what you’re doing.”

Shane warned the crowd that he was going to be long-winded, as he grew up Baptist.

“I am going to cry because I’m a wimp and it’s what I do,” he joked. “I remember many nights sitting on the porch or tailgate talking about how we were going to take over this town. Started at the bottom, now we in the middle!” The crowd roared with laughter.

Shane recognized his team, co-writers and family, trying to hold back tears. “You work so hard for this. Not only as an artist or songwriter, but you have these people who take time away from their families and fly out to these cities and meet with radio people,” he said. “It’s such a long and hard process.