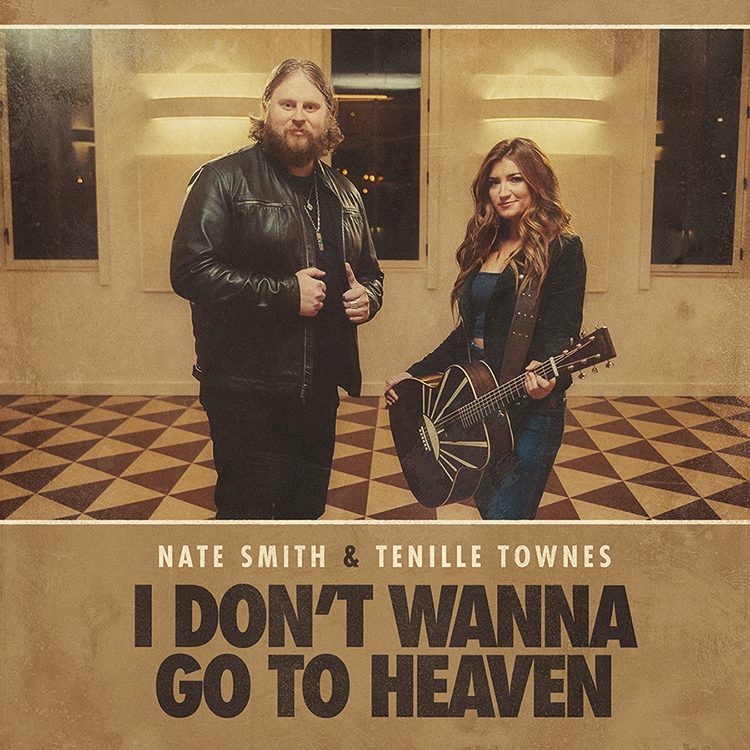 This is Collaboration Day here at DISClaimer.

Today’s review stack is replete with match-ups—Blackberry Smoke with Jamey Johnson, The Gatlins meeting Flat River Band, The Bellamys discovering Charles J. & The Conquistadors and Nate Smith dueting with Tenille Townes. From those ranks come two of our award winners.

The Disc of the Day field was so competitive that I split the award in three. The Male performance honor goes to the electrifying Kip Moore. The Female prize goes to the dazzling stylist Danielle Bradbery. The Duo/Group winners are the afore-mentioned and totally superb Nate Smith & Tenille Townes.

There’s no crowd contending for this week’s DISCovery Award. The Latin-country combo Charles J. & The Conquistadors have it all to themselves.

HAILEY WHITTERS / “Boys Back Home”
Writers: Hailey Whitters/Brandy Clark/Jessie Jo Dillon; Producers: Hailey Whitters/Jake Gear; Label: Pigasus/Songs & Daughters/Big Loud
–Superbly written, as usual. This pure-country lady has had my heart for a long time. On this anthem-like jewel, she praises the everyday guys in her hometown who grow from wild young bucks into dependable men who’ll, “Pull you out of a ditch or a bar.” The stirring production supports her sturdy hillbilly soprano at every turn. This one’s a keeper.

KIP MOORE / “Crazy One More Time”
Writers: Kip Moore/Chris Lindsey/Aimee Mayo; Producers: Kip Moore/Matt Bubel; Label: MCA
–This man’s musical instincts are just about flawless. This slab of country-rock thumps ya right in the gut. His gripping singing sends chills up and down the spine while the band kicks ass with finesse. Blue-collar brilliance.

MADELINE EDWARDS / “Port City”
Writers: Madeline Edwards/Court Clement/Josh Moore; Producers: none listed; Label: ME
–She memorably staged her national TV debut with Mickey Guyton and Brittney Spencer on the CMA Awards, and I’ve been waiting for a breakout single ever since. This could be it, a thoughtful, swirling, orchestrated ballad about taking a leap of faith and following your dreams. Captivating.

NATE SMITH & TENILLE TOWNES / “I Don’t Wanna Go to Heaven”
Writers: Nate Smith/Daniel Fernandez; Producers: Nate Smith/Joel Bruyere; Label: Sony
–In a word, “Wow.” There’s nothing I love better than a harmony-soaked country duet, and these two toss vocal lightning bolts in this thrilling performance. Beautiful. Awesome. Amazing. The song has at least two other versions, one with Nate singing solo and one with a choir backing. But the presence of two excellent singers matching one another note-for-note means this version takes the cake.

FLAT RIVER BAND & THE GATLIN BROTHERS / “I Just Wish You Were Someone I Love”
Writer: Larry Gatlin; Producers: none listed; Label: Early Bird
–It’s a brother-singing confabulation as Chad, Dennijo & Andy Sitze (Flat River) meet Larry, Rudy & Steve Gatlin on this fantastic revival of The Gatlins’ 1978 chart topper. Tune up your harmony chops and sing along.

CHARLES J. & THE CONQUISTADORS WITH THE BELLAMY BROTHERS / “Like She’s Not Yours”
Writer: David Bellamy; Producers: Charles J. Jones/Angel Duran; Label: CJJ
–Mariachi trumpets, deep-twang guitar, Latin rhythm, steel guitar and hearty harmony vocals are the ingredients in this audio delight. Hooky in the extreme. Get on board. Lead singer Charles J. previously charted as “JC Jones” on Rising Tide in ’98.

BLACKBERRY SMOKE & JAMEY JOHNSON / “Lonesome For a Livin’”
Writer: Charles Gray; Producer: Dave Cobb; Label: Legged/Thirty Tigers
–It’s a straight-ahead honky tonker, at least until Jamey’s fiery voice enters the mix. Then it becomes something extraordinary. He’s a mighty man, and I jumped for joy when Bill Anderson invited him to become a member of the Opry cast last weekend. So cool, so deserved, so real, so right.

FILMORE / “Johnny Got a Girl”
Writers: Filmore/Jordan Schmidt/Geoff Warburton/Kyle Clark; Producers: Zach Abend/Jordan Schmidt; Label: Curb
–This guy is in the midst of a release barrage where he’s been dropping one song per week all spring long. It started with this catchy toe tapper, a cleverly written lament for a buddy who’s gone M.I.A. from the old gang because he fell in love with a beautiful babe. I remain a huge fan of this always-engaging artist.

DANIELLE BRADBERY / “Look at the Mess I’m In”
Writers: Gordie Sampson/Caitlyn Smith/Troy Verges; Producers: Nathan Chapman; Label: Big Machine
–What a terrific vocal. This range-y ballad takes some hairpin turns and challenges the upper register. But Bradbery takes every tricky note in stride, turning in one of the finest performances of her career to date. The power ballad is unusual in its lyric of self-recrimination and blame for wrecking her own life. This is a very groovy single. Play and be swept away.