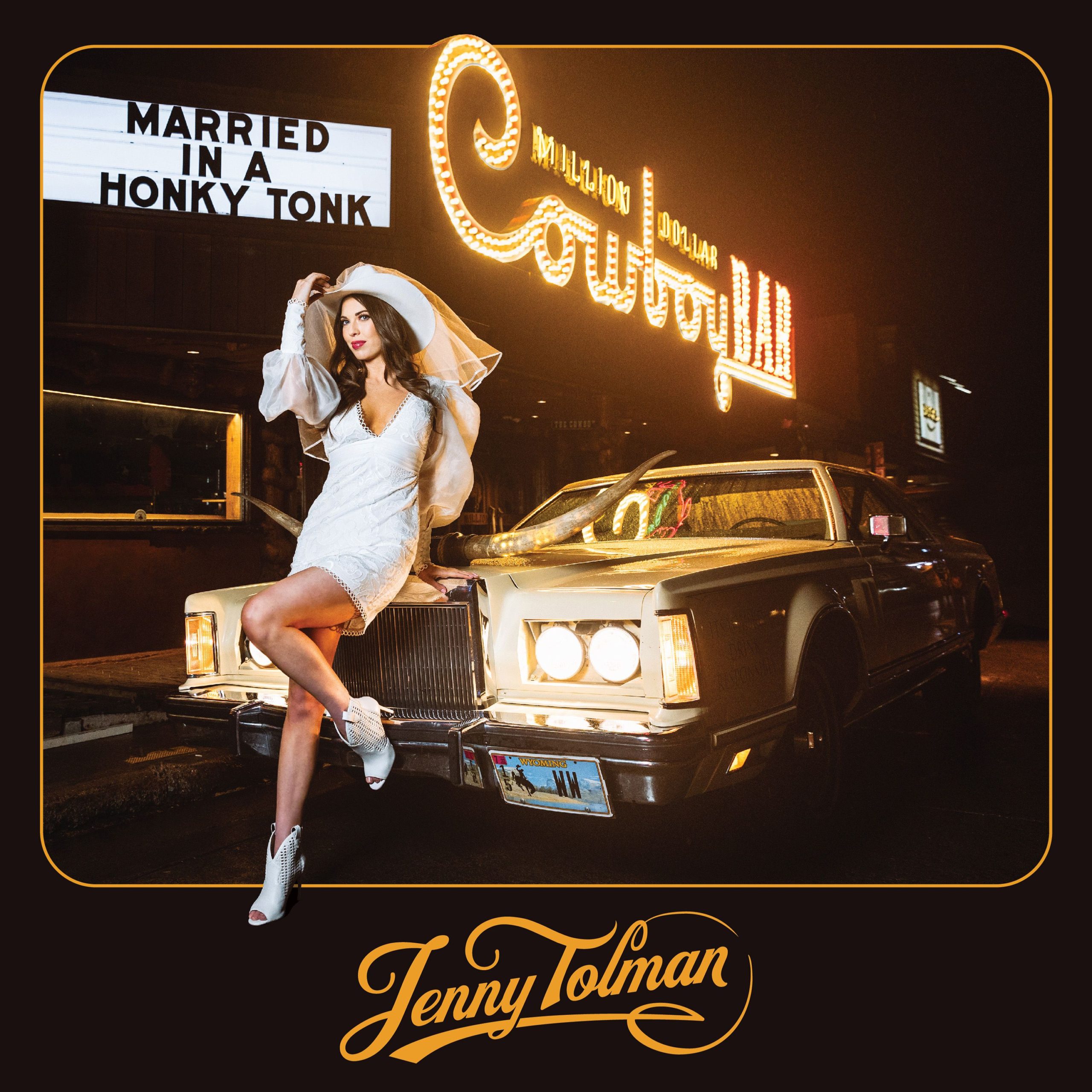 Jenny Tolman is releasing her sophomore album, Married in a Honky Tonk, on March 4.

The new project picks up where her Jennyville album left off, fit with a cameo of Jennyville’s Mayor Jeannie Seely. The album was produced by Tolman’s soon-to-be-husband and Grammy-nominated producer Dave Brainard.

Included in MusicRow‘s Next Big Thing class of 2020, Tolman offers a new depth and range that signals her growing maturity as an artist. Life continues to inspire her art as she prepares to release Married in a Honky Tonk just weeks before marrying Brainard.

“I like to think of Married in a Honky Tonk as half Jennyville and half real-life Jenny,” shares Tolman. “It has all of the characters and storytelling that I love to enact throughout, but it also has a heavy hand of personal stories weaved in. The life on these songs span from over 6 years ago, to not even a year ago- so, as a songwriter, it’s very special to be able to have that wide a range of material to show the evolution of my life. We made this album with my love of performing at the forefront, so we can’t wait to get out on the road the rest of 2022 and play these new songs for everyone!”

Tolman will be celebrating the new project with an album release party on Feb. 28 at Riverside Revival in Nashville. A portion of the ticket sales will go to MusiCares, and each ticket includes an autographed physical copy of Married in a Honky Tonk, refreshments from Wyoming Whiskey, and food provided by The Local.

Lorie Hollabaugh
Hollabaugh, a staff writer at MusicRow magazine, has over 20 years of music business experience and has written for publications including American Profile, CMA Close Up, Nashville Arts And Entertainment, The Boot and Country Weekly. She has a Broadcast Journalism and Speech Communication degree from Texas Christian University, (go Horned Frogs), and welcomes your feedback or story ideas at [email protected]com.