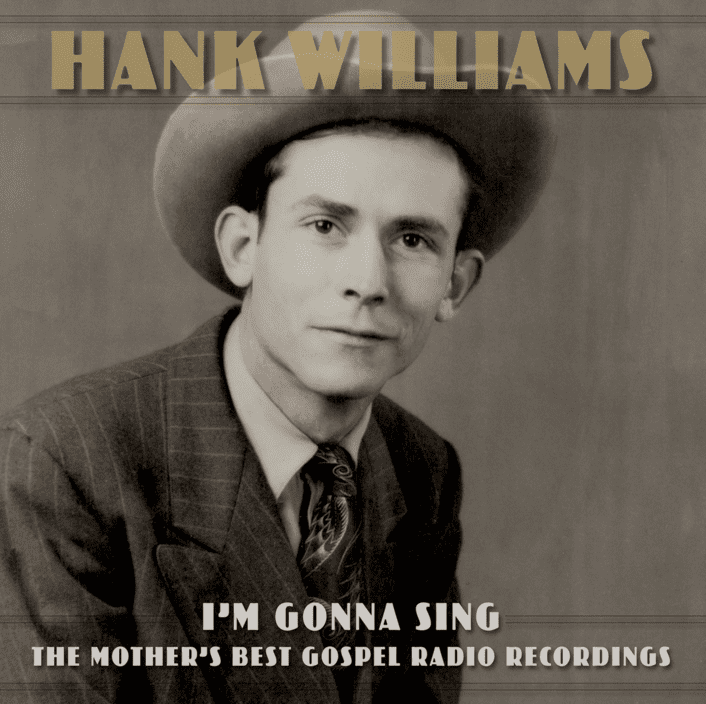 Originally aired on Williams’ 15-minute radio shows through Nashville’s WSM, which was sponsored by Mother’s Best Flour, the program captured Williams giving countless performances that were never officially recorded. The collection will mark the first time the two-CD digipak and three-LP triple-gatefold album has been issued on vinyl.

Produced by Cheryl Pawelski, the compilation features new liner notes penned by Williams biographer Colin Escott, while the recordings were restored and mastered by Michael Graves. This trio recently won Grammys for their work on the Hank Williams archival project, The Garden Spot Programs, 1950.

As Escott elaborates in his liner notes, the spirituals Williams heard delivered lessons on songwriting at a young age, and his love of the genre stayed with him after he became a musician. In 1950, he assumed the alter ego Luke the Drifter as an outlet for his religious-themed material.

The 40 songs included in the project span several centuries, with tracks like “At the Cross” and “I Am Bound for the Promised Land” tracing back to the 1700s, while “From Jerusalem to Jericho,” “Lonely Tombs” and “Softly and Tenderly” come from the 19th century. The album is also fit with plenty of contemporary numbers, from the well-known “When the Saints Go Marching In” and “I’ll Fly Away” to the obscure “Something Got Hold of Me.”

Williams also wrote his own share of gospel songs, including the compilation’s title track, “Jesus Died for Me,” “How Can You Refuse Him Now,” and the classic “I Saw the Light,” among others.