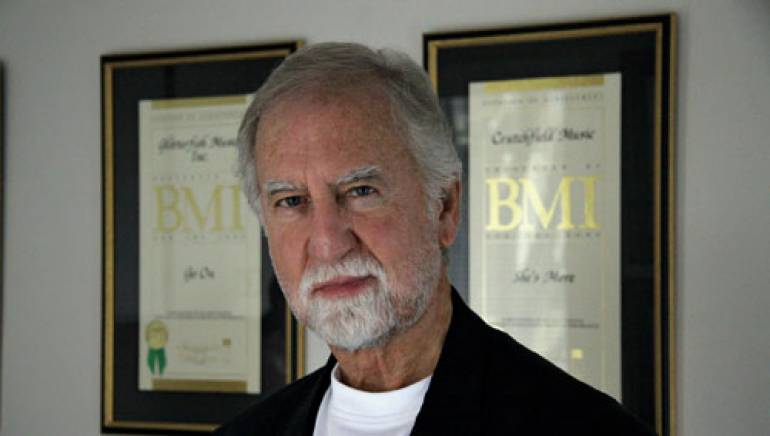 Born in Paducah, Kentucky in 1934, the future music executive cited his father’s big-band records as an early influence. In high school, he sang in teen doo-wop groups as well as gospel quartets. At age 18, he joined the Melody Masters gospel group in Princeton, Indiana. While attending Murray State College, he began making inroads in Nashville. He also worked as a local-radio disc jockey.

He and his brother Jan Crutchfield (1938-2012) were signed to RCA Records as members of the pop group The Country Gentlemen in 1956. The name led to confusion that they were a country act, so the billing was changed to The Escorts. Both brothers next embarked on careers as songwriters. Brother Jan’s catalog includes such country classics as “Statue of a Fool,” “Tear Time” and “It Turns Me Inside Out.”

In 1962, he was hired to head the publishing division of Decca/MCA. Among the writers he nurtured there were Don Schlitz, Dave Loggins, Russell Smith, Gary Burr, Rob Crosby and Mark Nesler. Crutchfield took a break from MCA to serve as the head of Capitol Records in Nashville for four years in the 1980s, then returned to music publishing.

He also became prominent as a gospel producer. Crutchfield worked with The Hemphills, Doug Oldham, Cynthia Clawson and Terry Bradshaw in that genre.

In the 1990s, he began managing his own publishing companies, Crutchfield Music and Glitterfish Music. Tim McGraw, George Strait and Martina McBride are among the artists who recorded songs from these firms’ catalogs. Crutchfield also worked as a freelance producer for the next 20+ years.

This multi-talented Music Row figure produced Jimmy Dean’s nationally syndicated TV series in 1973-75. He wrote a series of children’s books, The Adventures of Dr. Raccoon. Crutchfield has served on the boards of the Country Music Association, the Gospel Music Association and the Nashville chapter of The Recording Academy. He was also a past national trustee of the Academy. There is a scholarship in his name at Murray State and an exhibit of his career memorabilia.

A musical celebration of life will be announced and held at a later date.

Anyone wishing to make a memorial contribution in Jerry’s name may do so by donating via the American Federation of Musicians to either the Emergency Relief Fund or the Crisis Assistance Fund.