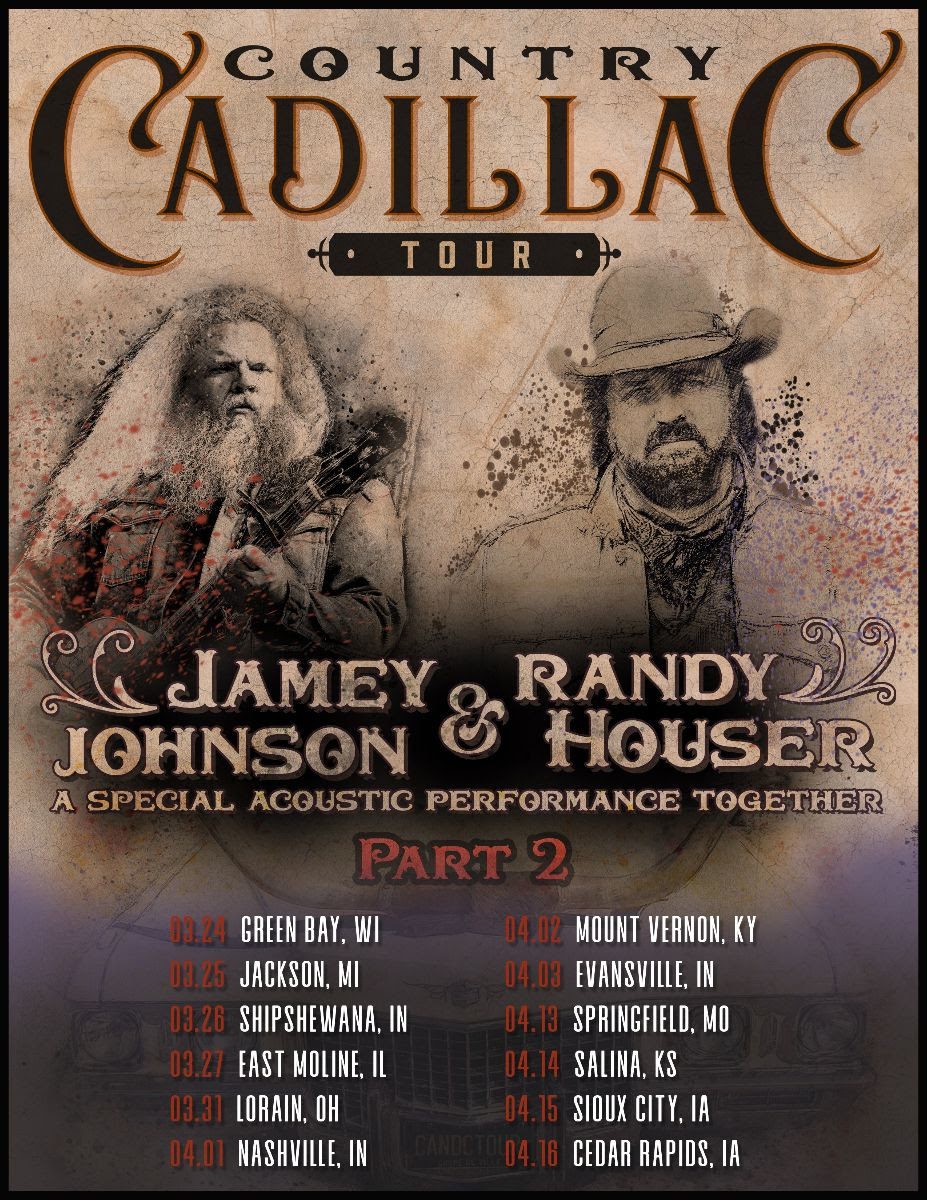 Jamey Johnson and Randy Houser are reprising their successful 2021 tour on their upcoming co-headlining “Country Cadillac Tour Part 2,” kicking off in March.

The two longtime friends will once again share the stage while performing acoustically and swapping stories, jokes and songs. The tour will visit 12 cities through April 16, including Green Bay, Evansville, Springfield, Cedar Rapids, and more. Additional dates are expected to be added in the coming months. Public on sale begins Friday, Jan. 21 at 10 a.m. CT.

Johnson’s tour was ranked in the Top 10 of all music tours in the third quarter of 2021 and was also the top ranked music tour worldwide during July 2021. Meanwhile, Houser was in the studio during the second half of 2021 to finish his soon-to-be released album while acting in two feature films.