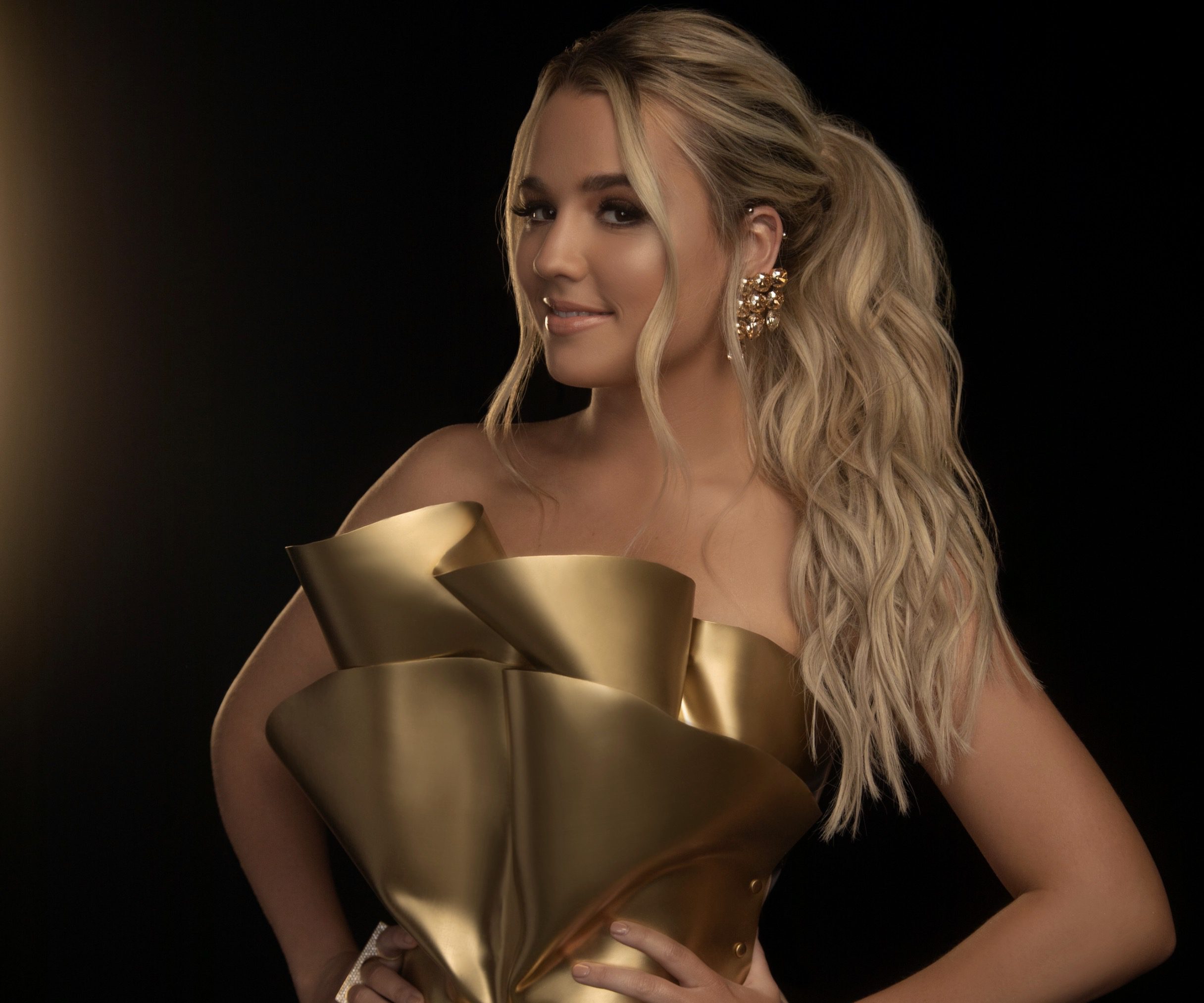 Fully half of today’s tunes in DISClaimer feature vocals by country females.

Surely, this is some kind of mistake, since the industry so consistently refuses to give women their due. Even wilder, the Disc of the Day award goes to a female artist. That would be Gabby Barrett, who creates things so groove-soaked and hooky that even country radio has to accept her. Play on, lady.

The DISCovery Award goes to Fancy Hagood. This is an artist whose publicity describes him as a “queer pop/country hybrid enigma.” I only know that he’s a terrific singer and a gifted songwriter. His duet partner, Devon Gilfillian, isn’t a country artist. But he’s a DISCovery, too.

CAITLYN SMITH / “The Card You Gamble”
Writers: Hillary Lindsey/Lori McKenna/Liz Rose; Producers: Adam Anders/Peer Astrom; Label: Arista/Monument
–This is the theme of Monarch, the new Fox country-music drama series (that was just delayed to premiere in the fall). Singer Smith is noted for writing tunes recorded by Garth, Dolly, Miley, Jason Aldean and others. Here, she demonstrates a sassy, tart soprano style with an echoey, twangy “Spaghetti Western” rumbling track to back her up, complete with whistling. Highly engaging. Play it.

TENILLE TOWNES / “When’s It Gonna Happen”
Writers: Steph Jones/Stephen Wrabel/Tenille Townes; Producer: Pete Good; Label: Sony
–The tin-pan percussion is ear catching, as is the tune. As usual, Townes is a terrifically individualistic vocalist. While the beats shuffle around her, she expresses her yearning for a relationship. I remain a big fan.

FANCY HAGOOD & DEVON GILFILLIAN / “Let Me Be”
Writers: Fancy Hagood/Lucas Arens; Producer: Lucas Arens; Label: Concord
–Here’s some splendid soul singing, with both men bringing longing and ache to this gospel-flavored song. It has a soaring, anthem-like quality as it delivers a message of brotherhood. Lovely listening. Fancy’s other country tunes include “Forest,” “Southern Curiosity,” “The Same Thing” and “Good Man,” and they are just as cool. Devon is a Nashville R&B artist, noted for his re-recording of Marvin Gaye’s classic album What’s Going On, plus his own collection, Black Hole Rainbow.

GABBY BARRETT / “Pick Me Up”
Writers: Ross Copperman/Gabby Barrett/Jon Nite; Producers: Ross Copperman/Zach Kale; Label: Warner
–Dubbed “the face of Gen-Z country,” Gabby is the mistress of such ear worms as “I Hope” and “The Good Ones.” She goes three-for-three with this fabulously catchy pop-country ditty. Put this one on “repeat.”

KANE BROWN / “Whiskey Sour”
Writers: Adam Craig/Jaxson Free/Josh Hoge; Producers: Ilya Toshinskiy/Kane Brown; Label: Sony
–Tender and touching. He’s broken hearted over her, so he drinks alone while a fiddle, and an acoustic guitar pluck gently along. This change-of-pace ballad demonstrates his expansiveness as a talent. I’m in.

MAREN MORRIS / “Circles Around This Town”
Writers: Jimmy Robbins/Julia Michaels/Maren Morris/Ryan Hurd; Producer: Greg Kurstin; Label: Sony
–Her vocal should be mixed hotter and the production toned down, but her personality still shines through on this chunky-beats, getaway ode. The deep-twang guitar solo and the enormously catchy song are both irresistible.

COLIN LILLIE & CATHERINE BRITT / “The Road”
Writers: Catherine Britt/Colin Lillie; Producer: Catherine Britt; Label: Beverly Hillbilly
–Aussie newcomer Lillie enlisted the aid of veteran Britt to create his debut album. She also joins him as his duet partner on this ballad of wanderlust and fidelity. They are both fine singers, and the understated production is just right. It has a languid simplicity that is quite relaxing.

ELI YOUNG BAND / “Love Talking”
Writers: Mike Eli/Eric Arjes/Jeffrey East; Producers: Eric Arjes/Jimmy Robbins/Scott Borchetta/J.R. Schumann; Label: Valory
–Rolling along down a country road with your buds. The echo gives the sound some extra juice, and the band is as proficient as ever.