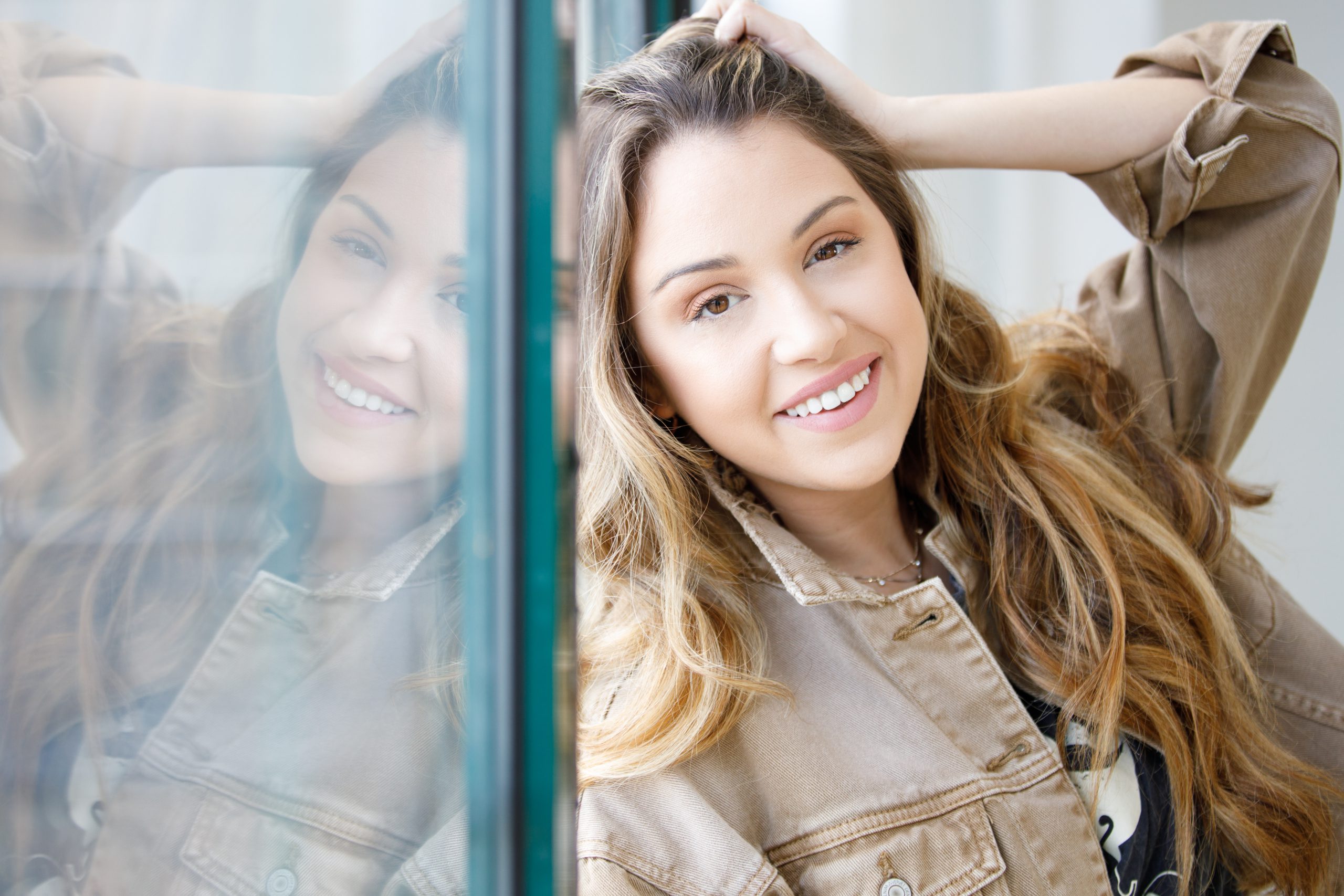 Over the past few years, TikTok has been a vital piece of the rise and discovery of many independent artists. Bolstered by the ongoing COVID-19 pandemic and many people being forced to quarantine during much of 2020, many artists on TikTok have found their own pockets of success on the app. Some have even signed deals with major labels, agents, publishers, and more.

One of these independent TikTok artists who have seemingly found their groove is country artist Alexandra Kay.

In just a short amount of time Kay has earned 8 million career streams, more than 2 million TikTok followers, and over a million followers across her other social platforms. Along the way, she has also charted a handful of singles on iTunes, made TV appearances on NBC’s The Voice, and secured a starring role in the Netflix Original Series Westside.

Most recently Kay landed an opening spot on Tim McGraw’s spring amphitheater tour and a 3-show run with Tracy Lawrence and Clay Walker in March.

The Illinois native, who auditioned for American Idol in 2011, spent much of her adolescence writing poems. What began as a coping mechanism for becoming a teenager, starting a new school, her first love, her first heartbreak, and everything in between, soon grew into hearing melodies in her head and eventually bloomed into writing songs. 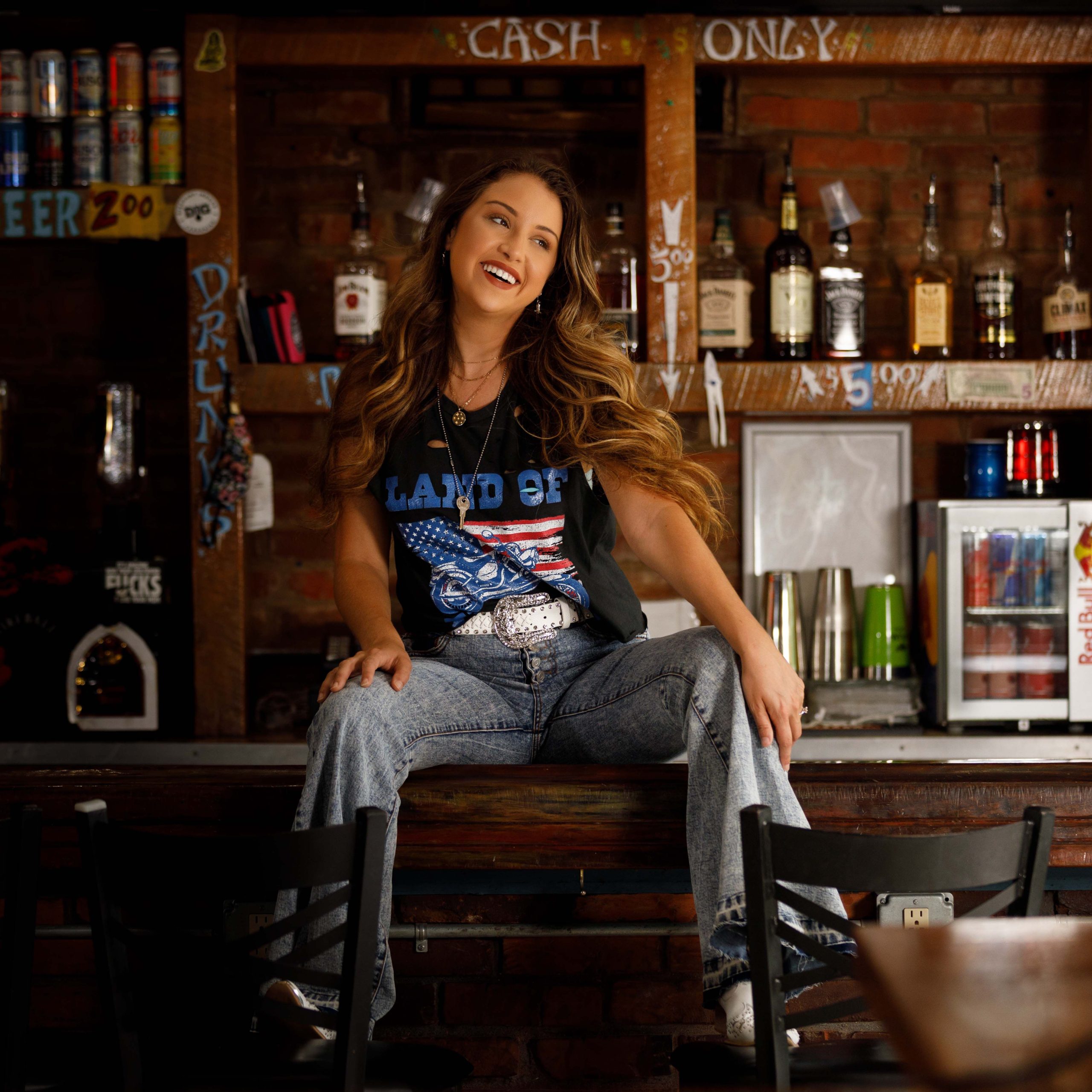 “It was definitely a coping mechanism. It wasn’t something that I ever thought would be a career for me. That’s for sure,” Kay shares with MusicRow. “When I was younger, I entered into some young authors contests. My short stories were climbing in these contests and winning awards, and that’s when my parents were like, ‘She has a gift for writing.’”

She continues, “You don’t know you can sing until someone tells you you can sing, and it’s got to be somebody that’s not your mom or grandma. When my friends started to tell me that I had a good voice, I started to cultivate that and wonder if I really was a good singer. I started to practice and I would lay on my bed on my stomach and sing the whole Taylor Swift record from top to bottom… That’s when I decided I was gonna do everything that I could to be able to do this for life because I loved it so much.”

Kay’s road to TikTok started pre-pandemic where she posted a few videos that didn’t garner much attention. However, once she began sharing her original songs on the platform, the pieces began to fall into place.

The singer shared her stories behind the songs, as well as her journey of landing a major record deal that didn’t pan out due to creative differences on what songs to release. Deciding to take her songs straight to the fans themselves, Kay shared them on TikTok and quickly earned her first No. 1 song on iTunes thanks to the platform’s endless audience.

“[TikTok] passes the middleman. If you’re thinking about it in a business sense, you’re taking your product directly to the consumer. In the world of music, we didn’t have that opportunity prior to this,” she explains. “You’re getting to do it in a way that can captivate somebody’s attention in a very short amount of time, but then leave them wanting more and make them want to consume it again.

“[Through TikTok] artists have the opportunity to tease things. They get to test things with their fans first. It puts us in control,” she continues. “You get to take something that you’ve created and, without having to put a whole bunch of money into it, you get to just say, ‘What do you think about this?’ The fans, who are the people consuming the music anyways, [can tell you exactly what they think]. That’s absolutely incredible.” 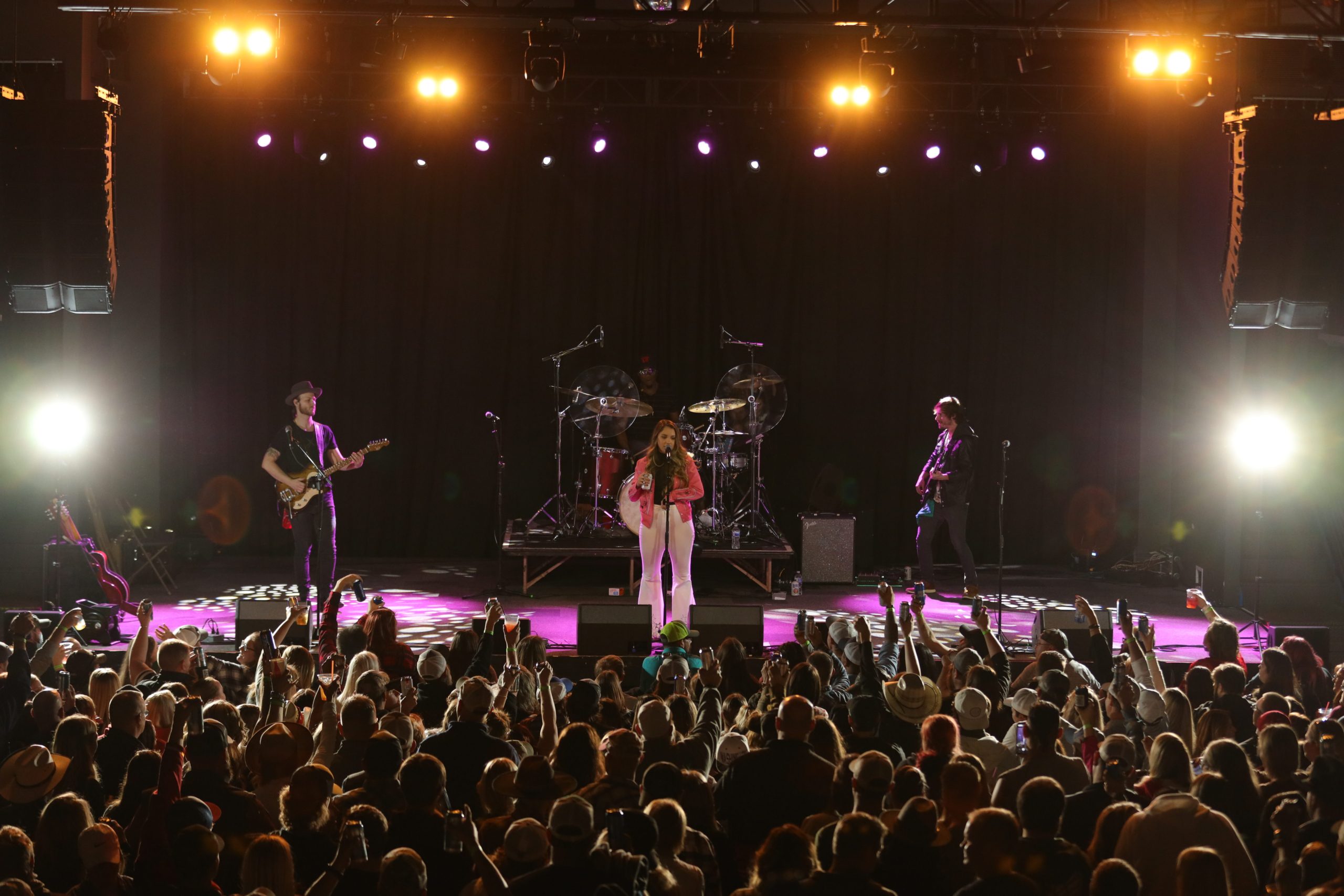 On top of all of the other successes she saw in 2021, Kay also embarked on the “In Real Life Tour” alongside fellow TikTok artists Cooper Alan and Thomas Mac.

Split into three legs, the first potion of the run started in 200 capacity rooms, which quickly sold out at nearly every stop. With the second leg, the trio went up to 400 capacity venues, and for the third they upped the ante to 800-1000 capacity rooms.

“We were all in label talks at the time because we all had songs that were doing really well. However, we all separately decided, for our own reasons, that we weren’t gonna sign right now and that we were gonna stay independent,” Kay offers. “We started talking about touring because one of the big questions in the industry—and in those meetings—is that you have this following on social media, but are they going to buy tickets? Are they going to come out to see you play?

“We decided to eliminate that question and go figure it out,” Kay shares. “We didn’t know if there were going to be successful moments. We invested a lot of money and a lot of time into it, and we had a lot riding on it. To be able to come out on the other side of [the successful tour] was really wonderful.”

As an artist who has been on both sides of the spectrum—having had a major label deal and now being independent—Kay isn’t naive to the benefits a label can bring, be it financial, networking, or reach. However, she believes that the advantage of being able to make her own decisions regarding her music, touring, and career outweighs the disadvantages. 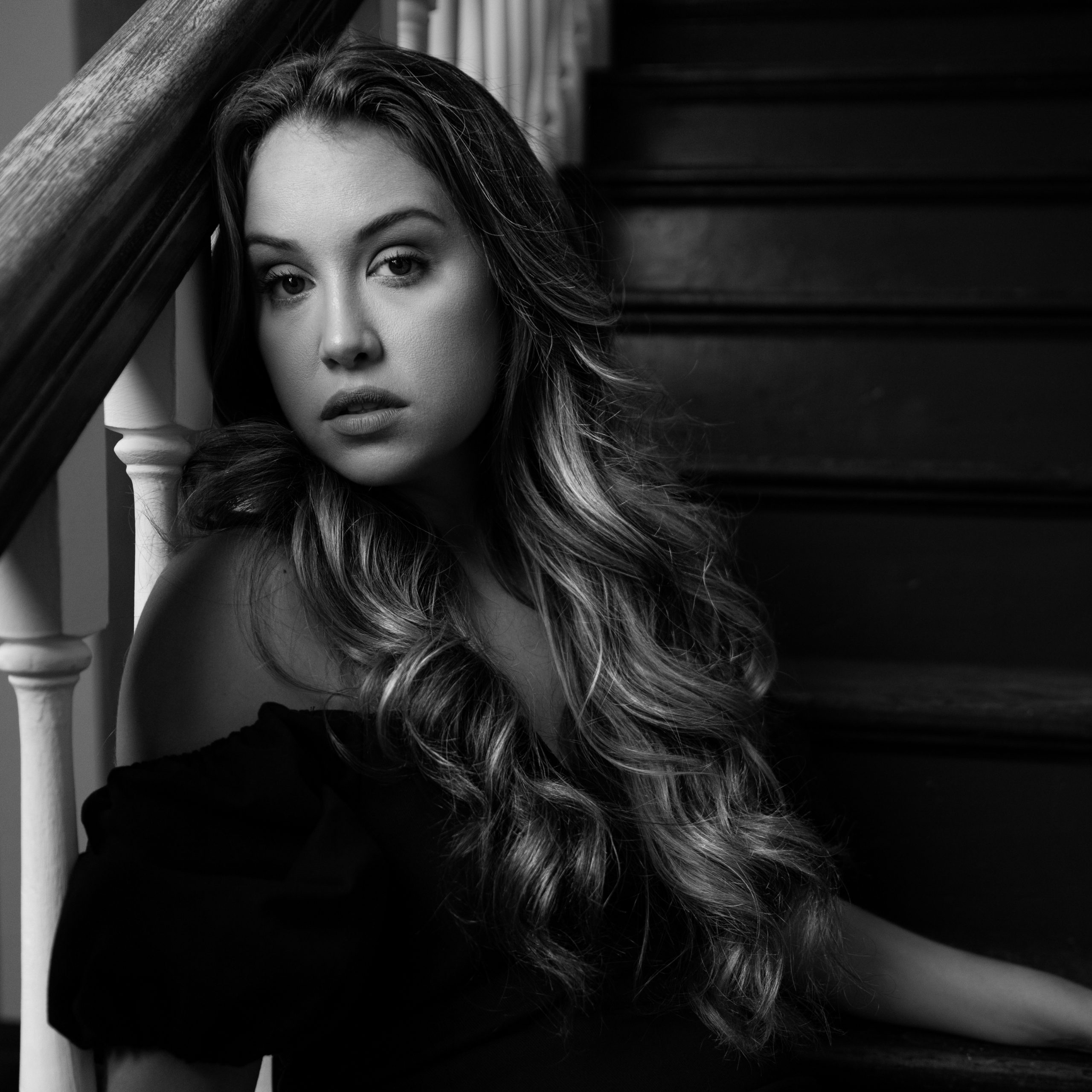 “The time for independent artists is now and I think it’s because of social media platforms like TikTok,” Kay sums, adding that her advice for indie artists is to do as much as they can on their own, and then build out a team.

Stepping into 2022, Kay has an impressive list of goals, including charting her upcoming full-length album on Billboard, re-releasing her most popular single “How Do We Go” with an undisclosed duet partner, collaborations, and more.

“This year was a dream. That’s really the only way that I can describe it. I’ve gotten to accomplish so many things that I could have only dreamed possible,” Kay expresses gratefully. “Moving into 2022, I want to become a better writer, a better person, and a better performer. This year I’ve been given so many opportunities to grow, so I want to be able to look back in 2022 and realize how much I’ve grown as a human.”