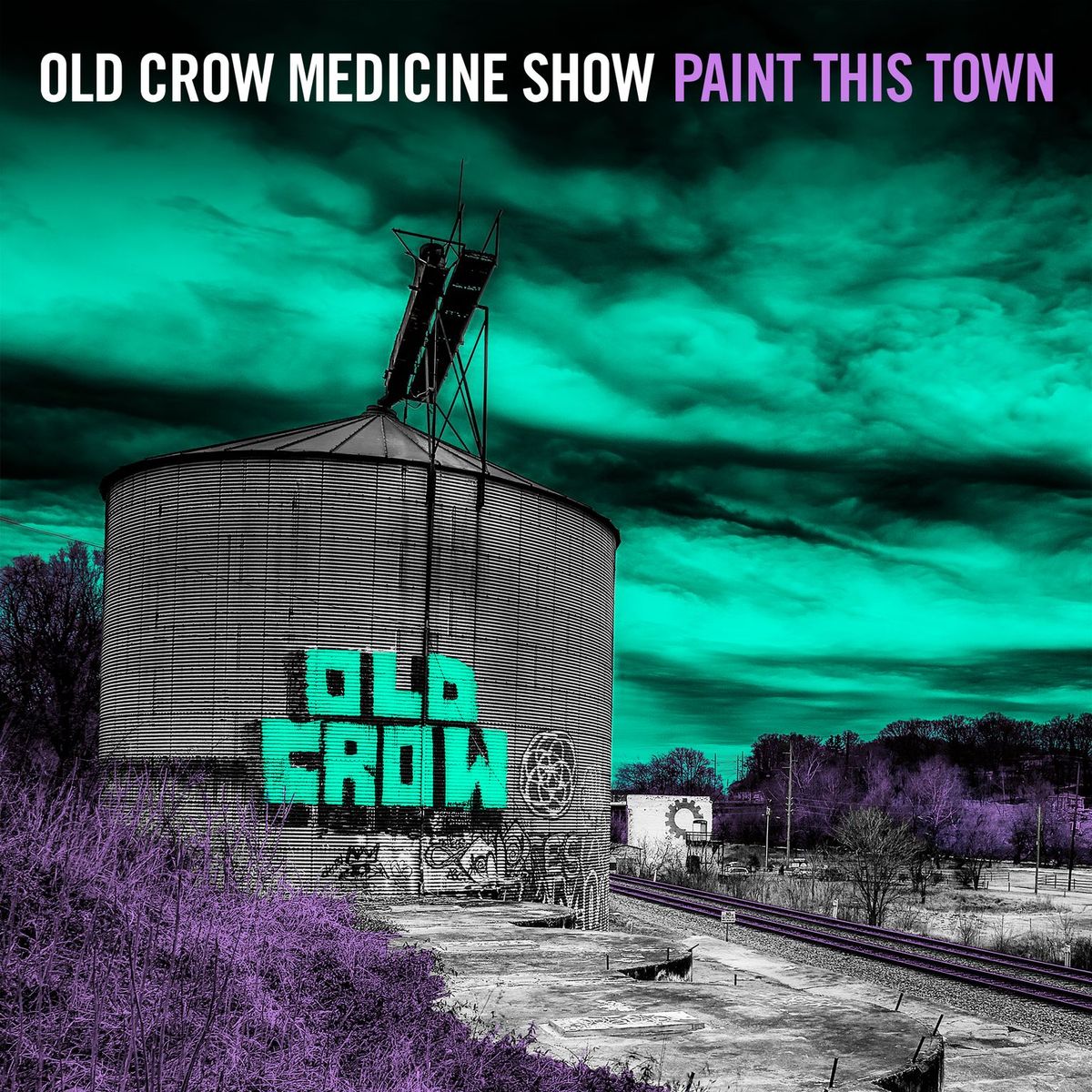 Old Crow Medicine Show announced their seventh studio album, Paint This Town, releasing April 22 via ATO Records. The band also shared a music video for the album’s title track “Paint This Town,” a swinging anthem that fully embodies the band’s carefree troublemaking over the last two decades. The video was directed by Travis Nicholson and turns back time to show younger versions of the band’s six members.

“This song is about growing up in a small town, and having to make fun wherever you could find it,” explains bandleader Ketch Secor. “Our band has always drawn its inspiration from those elemental American places, where water towers profess town names, where the Waffle House and the gas station are the only spots to gather; this is the scenery for folk music in the 21st century. And the John Henry’s and Casey Jones of today are the youth who rise up out of these aged burgs undeterred, undefeated, and still kicking.”

Paint This Town is a return to form for Old Crow Medicine Show, showcasing their ability to merge profound introspection with the rapturous string band revival sound that has made them one of the most influential and respected bands today. Their most incisive body of work to date, the new album shines a light on the darker aspects of the American experience with character-driven songs underpinned by the band’s vision for a more harmonious future. The album was recorded Spring of 2021 in Old Crow’s own Hartland Studio, where they co-produced it with Matt Ross-Spang (John Prine, Jason Isbell), taking a far more insular approach than their previous work. The process unlocked a new level of creative freedom, reviving the band’s spirit of pure abandon and making way for the deliberate unpredictability that recalls their earliest days busking on the street.

“At the end of the day, we’re still just trying to stop you on the street and get you to put a dollar in the guitar case,” says Morgan Jahnig. “Then once we’ve got your attention, we’re gonna tell you about things like the opioid epidemic and the Confederate flag and what’s happening with the environment—but we’re gonna do it with a song and dance. We feel a great obligation to talk about the more difficult things happening out there in the world, but we also feel obligated to make sure everyone’s having a great time while we do it.”

Old Crow Medicine Show released three tracks in the last year that all speak to the current state of the world—“Nashville Rising,” “Quarantined” and “Pray For America.” They also appeared on a duet with Keb’ Mo’ titled “The Medicine Man,” and recently teamed up with filmmaker Julia Golonka to create a video for their 2008 track “Motel In Memphis,” raising funds for Nashville’s community-based grassroots organization Gideon’s Army. One of the most enduring bands of the last two decades, Old Crow Medicine Show has garnered widespread acclaim from NPR, Associated Press, Rolling Stone, Billboard, The New York Times and many more.

In 2020, the band’s East Nashville-based Hartland Studio became home to their regular “Hartland Hootenanny” live stream variety show, which returns on December 18 for a special holiday episode featuring special guest Brittney Spencer. The show airs at 7:00pm CT and will broadcast live on the band’s YouTube and Facebook.

Old Crow is currently on tour and will return to the Ryman Auditorium for their annual New Years Eve performances on December 30 and 31. Find a full list of tour dates at www.crowmedicine.com/tour.