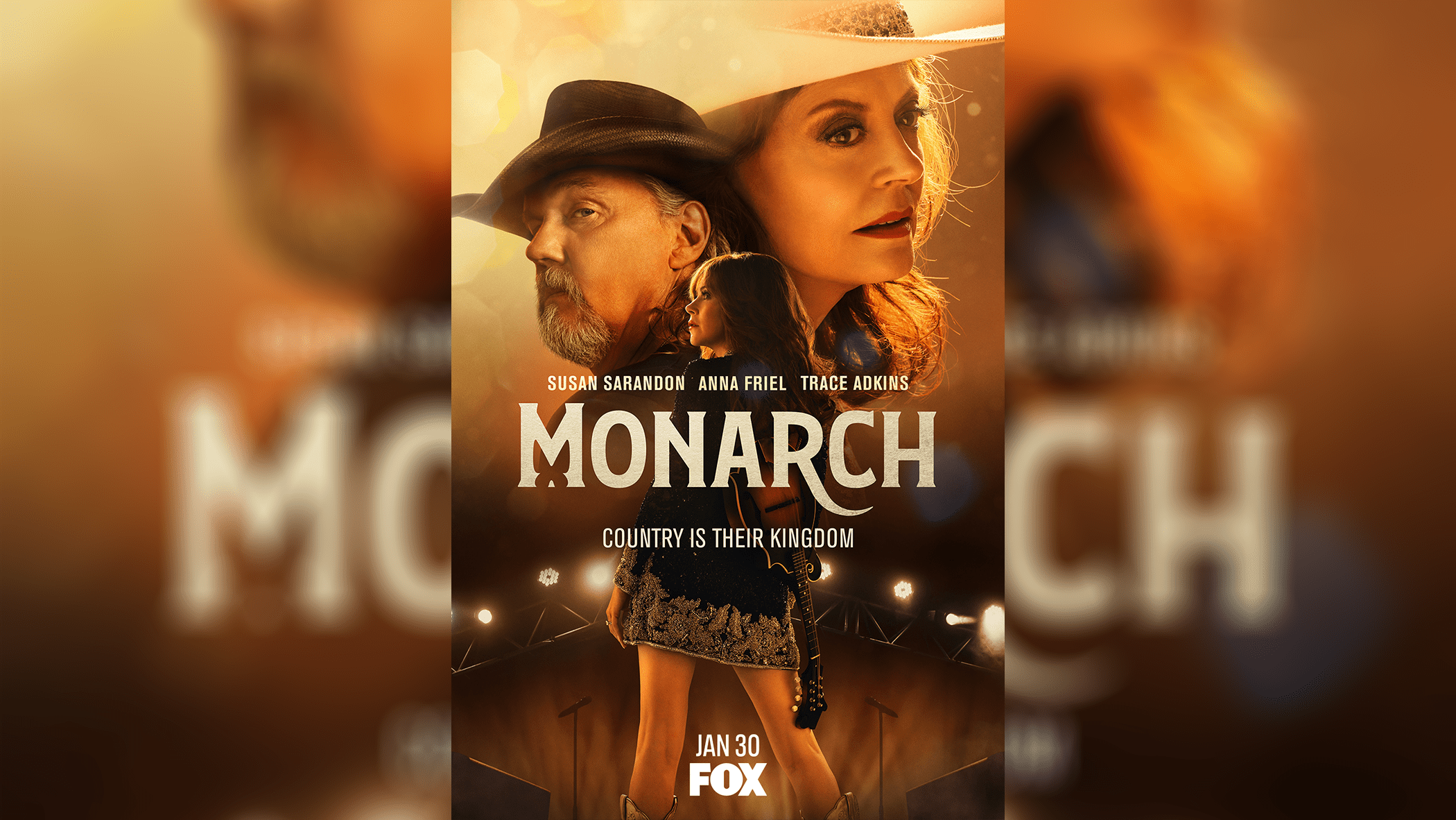 The first song released from Monarch, a cover of Hank Williams Jr.‘s “A Country Boy Can Survive,” is available everywhere now. The song is performed by multi-Platinum singer and series star Trace Adkins.

“Trace’s voice is one in a million and sets the tone for everything else we do musically on the series,” says the series’ executive music producer Adam Anders, who co-produced the track along with Peer Åström. “[Adkins] grounds the show so much, and I love every time an ‘Albie’ song is on the slate.”

“I’ve lost count how many times I’ve listened to Hank Jr.’s ‘A Country Boy Can Survive,’” shares Adkins. “Having the opportunity to record such an iconic song has been both exhilarating and daunting. I wanted to honor the original version while putting my own ‘spin’ on it. I’m excited for this to be the first release from Monarch and for fans to hear all of the music we have coming out.”

Joining Adkins on the Monarch cast is Academy Award winner Susan Sarandon, who plays the talented but tough country music queen Dottie Cantrell Roman, as well as Golden Globe nominee Anna Friel who plays the heir to the country crown, Nicolette “Nicky” Roman. The three navigate the intricacies, and drama, that comes along with a country music dynasty.