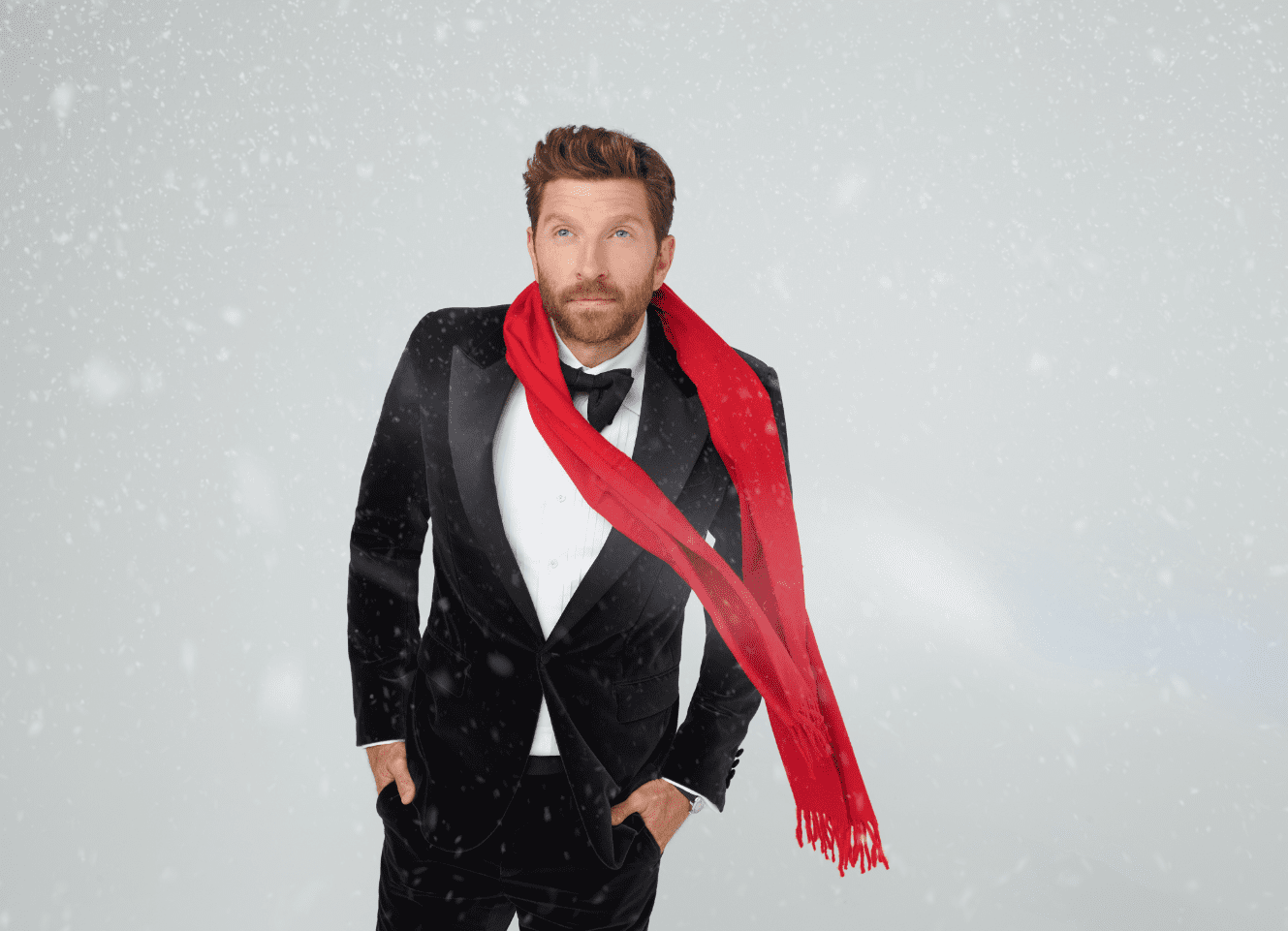 As usual at this time of year, the country stars are out in full force with holiday music.

This genre has created a bountiful harvest of enduring Christmas standards in the past–”Rockin’ Around the Christmas Tree,” “Blue Christmas,” “A Holly Jolly Christmas,” “Jingle Bell Rock,” “Tennessee Christmas,” “Christmas Time’s A-Comin,’” “Mary Did You Know,” “Grandma Got Run Over By a Reindeer,” “There’s a New Kid in Town” and the Gene Autry classics “Rudolph the Red Nosed Reindeer” and “Frosty the Snowman,” to name just a few. If there’s a song here that could join that hit parade, it might be “New Star Shining” by Orleans.

The Disc of the Day in this second installment of our holiday-music overview belongs to Brett Eldredge, “Mr. Christmas,” himself.

Give a DISCovery Award to Raleigh Keegan. Happy Holidays.

KENTUCKY HEADHUNTERS / “Let’s All Get Together and Fight”
Writers: Richard O. Young/Greg Martin/Doug Phelps/Fred K. Young; Producer: none listed; Label: Practice House
–Sung in a woozie, boozie drawl, this has built-in humor. The jazzy phrasing bends blue notes and lags behind the beat, creating a stoned atmosphere that makes it sound all the merrier. In case you’re wondering, Grandma throws the first punch at the holiday family reunion.

CODY JOHNSON / “Pretty Paper”
Writers: Willie Nelson; Producer: Trent Willmon; Label: Warner Music Nashville/CoJo
–Cody has this year’s stone-country Yuletide collection, A Cody Johnson Christmas. On it, you’ll find the Texan’s honky-tonk takes on “Away in a Manger” and other traditional favorites, as well as this holiday weeper originally popularized by Roy Orbison in 1963. I love the sad Christmas songs. This one, penned by Willie, tells the tale of the down-and-out pencil salesman who weeps while everyone else celebrates. Cody’s country phrasing on it is superb.

ORLEANS / “New Star Shining”
Writers: John & Johanna Hall; Producer: Lance Hoppen/Michael Malfesi/John Hall/Fly Amero; Label: Sunset Blvd.
–The group’s John Hall has settled back in Nashville, and the durable pop/rock band is working again. The title track of its first Christmas album became an instant classic when it was recorded by James Taylor and Ricky Skaggs 35 years ago. The Orleans version is drenched in beautiful stacked vocal harmonies and accompanied by delicate acoustic guitar plucking. Get this fine record via the band’s website.

JOSH TURNER / “Soldier’s Gift”
Writers: Tom Douglas/Scooter Carusoe; Producer: Kenny Greenberg; Label: MCA Nashville
–Catch Turner on Monday (Dec. 20) starring in A Belmont Christmas on PBS. This is also a chance to see inside the school’s gorgeous new Fisher Center for the Performing Arts. The country baritone’s holiday album King Sized Manger contains this heart-tugging salute to those who serve our country. The beautifully produced track is guaranteed to bring a lump to your throat, and the rest of the album is just as dandy.

BRETT ELDREDGE / “Mr. Christmas”
Writers: Ross Copperman/Brett Eldredge; Producer: Jay Newland/Rob Mounsey; Label: Warner Music Nashville
–This is the title tune of Brett’s second holiday album (following 2016’s Glow). Like its predecessor, it is a pop tuxedo-crooner collection. At first, I was put off by his ditching the twang, but I have gradually come around to his stylistic shift for Christmas recordings. “Call me Mr. Christmas, I’ll make your spirits bright,” he sings while a brass section blazes and the finger-popping tempo carries you along. You know what? This country Sinatra does make your spirits feel bright. Play and smile.

RALEIGH KEEGAN / “Blue Christmas”
Writers: Billy Hayes/Jay Johnson; Producer: Raaleigh Keegan/ Chad Judd; Label: RK
–He sings so well. The pace is excruciatingly slow, but be patient with it. His phrasing and the production’s tastefulness will eventually win you over. “Blue Christmas” was introduced by country stars Doye O’Dell (1948) and Ernest Tubb (1950), then immortalized by a rather sloppy Elvis rendition in 1957. Raleigh makes the holiday standard his own.

STEVE WARINER / “Feels Like Christmas Time”
Writers: Rick Carnes/Steve Wariner; Producer: none listed; Label: Selectone
–Steve’s middle name is Noel, because his birthday is Christmas Day. Who better to have a holiday album? It’s a festive mix of classics, new tunes and guitar instrumentals. The title tune is a delightfully jazzy ditty, sung with lilting sincerity and embellished with wafting woodwinds and his dazzling string dexterity. Get it on vinyl at the Opry gift shop.

ALEX HALL / “Have Yourself a Merry Little Christmas”
Writers: Hugh Martin/Ralph Blane; Producer: Alex Hall/Pete Good; Label: Monument
–Alex turns in the best vocal performance of his career to date on his reading of this wistful evergreen. Song was originally introduced by Judy Garland in the excellent 1944 family film Meet Me in St. Louis.

MICKEY GUYTON / “O Holy Night”
Writers: Public Domain; Producer: Karen Kosowski; Label: Capitol
–I usually associate this classic with power-voiced divas who can send shivers up your spine with the finale octave leap. Mickey isn’t a leather-lunged belter, but she brings exciting soul shadings and terrific vocal inventiveness to her version of the song. Well done.

STEVE HOLY / “A Christmas to Remember”
Writers: Joe H. Hunter/Sam Hunter; Producer: none listed; Label: Curb
–The title tune of Holy’s Christmas album is an original song that twinkles with good will. His gentle vocal is framed by a soft orchestral arrangement. An easy-listening outing.