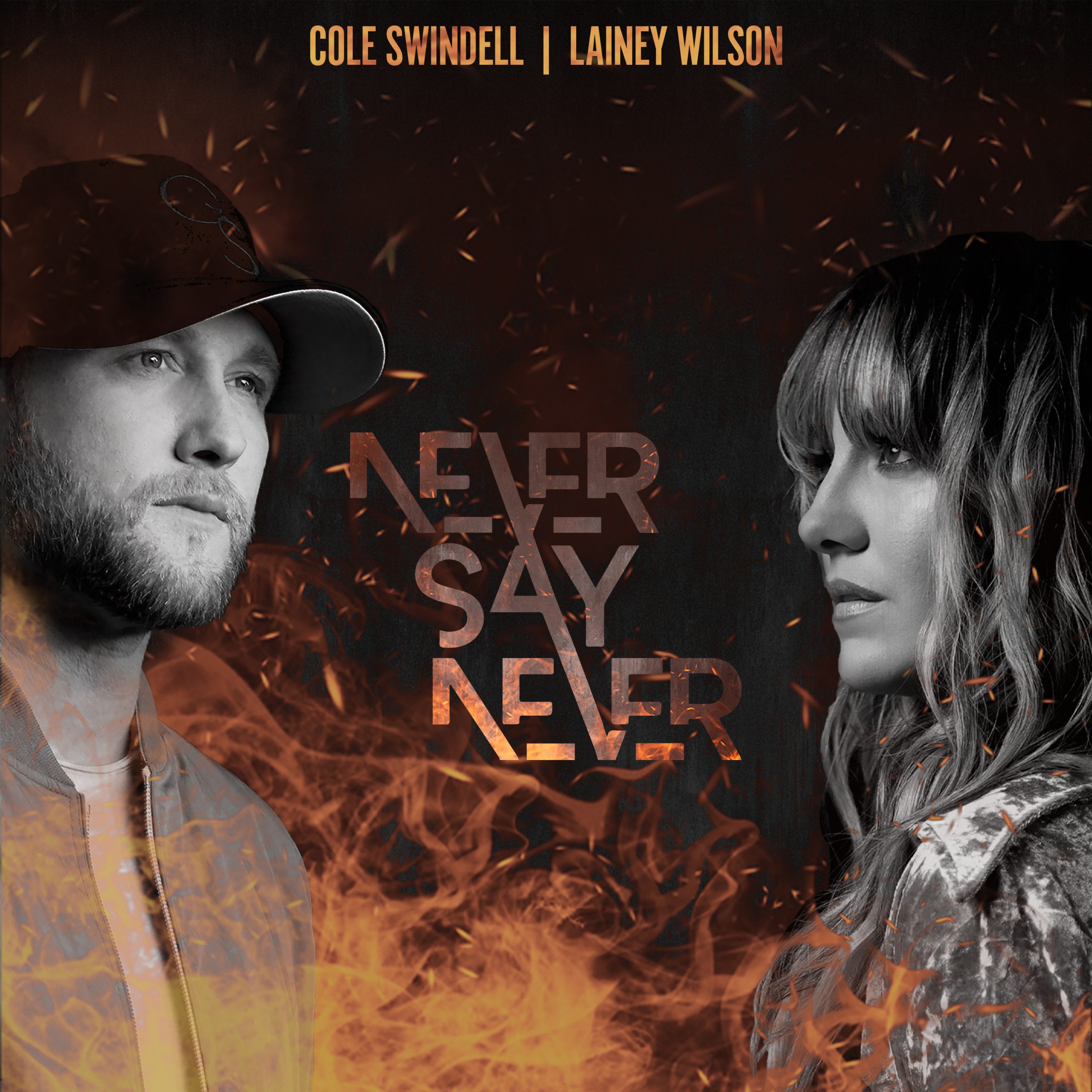 For Swindell, the track is his 12th career single following his back-to-back No. 1 hits “Love You Too Late” and “Single Saturday Night.” Meanwhile, Wilson, who won the 2021 MusicRow Discovery Artist of the Year award, is coming off her Gold-certified, No. 1 debut single “Things A Man Oughta Know.”

Swindell co-wrote “Never Say Never” with Jessi Alexander and Chase McGill in 2018. The Zach Crowell-produced track blends Swindell and Wilson’s signature sounds, offering a perfect mixture of country twang and relatability with rocking guitar licks and powerful concert-ready production. The hard-hitting back and forth dialog finds the duo admitting that sometimes you just can’t walk away, even when you know you should.

“I don’t know anyone who hasn’t been in this situation at some point in time,” Wilson says. “I was telling Cole the other day, it’s like that piece of chocolate cake that you know you shouldn’t have but you take it anyway. We’ve all been there, so we can all relate even if you’ve never been in a relationship in your life.” She continues, “It’s hard sometimes to have a rocking song that’s also passionate, and I think this song does that. It makes you feel all the things. It makes you wanna say ‘Hell yeah!’ and it makes you want to kiss somebody.”

Though the two artists have been long-time fans of each other, “Never Say Never” is their first collaboration. It is also Swindell’s first true duet from his seven year career.

“I wrote [the song] with two of our really good friends, Chase McGill and Jessi Alexander. I was in [Lainey’s] hometown in Louisiana playing the last show of the year a couple of years ago, and we wrote this song that weekend. We knew it was special and we could tell it was going to be a rocking song with a lot of energy, but the way we wrote it we knew it had to be a duet,” Swindell says. “We were trying to find the right person that could sing it and make it feel like it needed to. I’ve been a big fan of [Lainey’s] music, so when she popped into my head [we knew that she was it].”

“I take a whole lot of pride in my own songwriting and my own art. People pitch me things and I am a stickler, I’m not going to lie. It’s got to hit me right [in the heart]. It’s gotta make me feel something and it’s gotta make me feel like I wrote it,” Wilson explains. “I listened to the first verse and the chorus and I was like ‘Holy moly! This song is special and it made me feel something.’ I’ve been a fan of his for the longest time and look up to him as a songwriter, entertainer, and artist so I couldn’t say yes quick enough.”

Throughout his career, Swindell has racked up 10 No. 1 singles, multiple Gold and Platinum singles and albums, and nearly 4.5 billion career streams. However, upon its release to country radio, “Never Say Never” earned 91 first-day adds at Billboard and Country Aircheck/Mediabase, making it Swindell’s biggest add day so far in his career.

With “Never Say Never” now out into the world and gaining traction, Swindell and Wilson have many plans in the works and dreams for the project, including a cinematic, attention-grabbing music video and hopes of a 2022 award show performance.