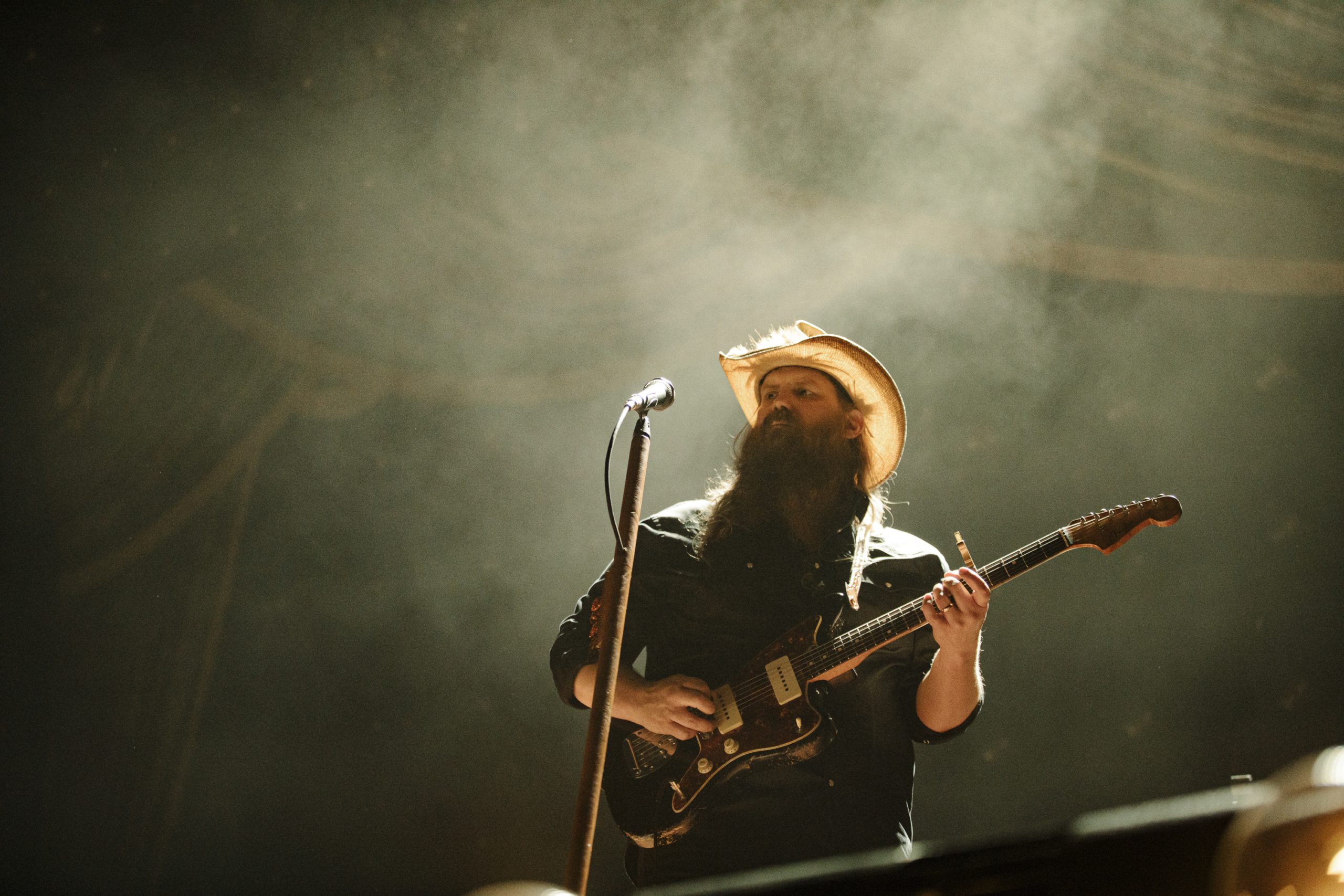 CMA Male Vocalist of the Year Chris Stapleton took up residency in Nashville’s Bridgestone Arena this weekend (Dec. 10-11), bringing his “All-American Road Show” to two night’s worth of sold out crowds.

The highly decorated singer-songwriter waltzed onto the stage to roaring applause after opening performances from Yola and Marcus King Band. He quickly kicked things off with a series of rock-infused songs, including “Nobody To Blame,” “Parachute,” and “Second One To Know.” 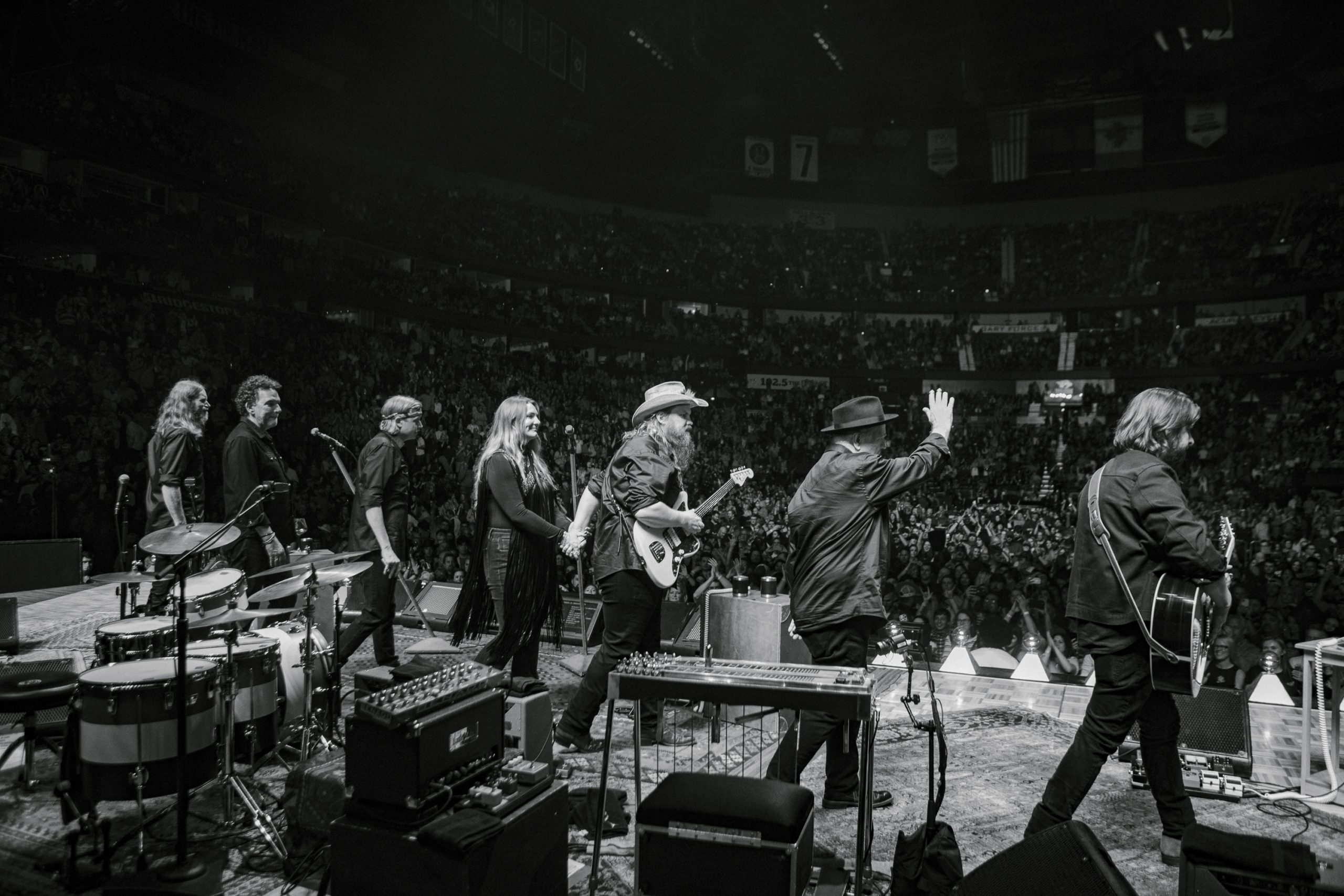 He then broke out into the namesake for his chart-topping 2020 album, Starting Over, which earned an astounding reaction from the crowd who sang back every word–something that became a regular occurrence as the night progressed.

Halfway through, Stapleton took on an acoustic set that featured his first radio single “What Are You Listening To?,” as well as “Traveller” and “Whiskey and You,” with accompanying stories for all of them.

“It wasn’t that many years ago when I had [‘What Are You Listening To?’]–the first song I ever put out on the radio. It shot straight to No. 46. I think some of you have listened to it on Youtube or something cause I’ve [started playing it at shows again],” he shared with the adoring audience. “It wasn’t that long ago that I didn’t play for this many people and I didn’t play in rooms nearly this big. I played in rooms about the size of this stage or maybe half the size of this stage. Sometimes it was the size of this rug on this stage. Sometimes there was nobody there and I would play anyway. I would play over at the Basement here in town, at the Station Inn… But [‘Whiskey and You’] was with me in all of those rooms. And here it is tonight with all of you still, so it’s hanging out,” he said before breaking out into his stripped down, moody track. 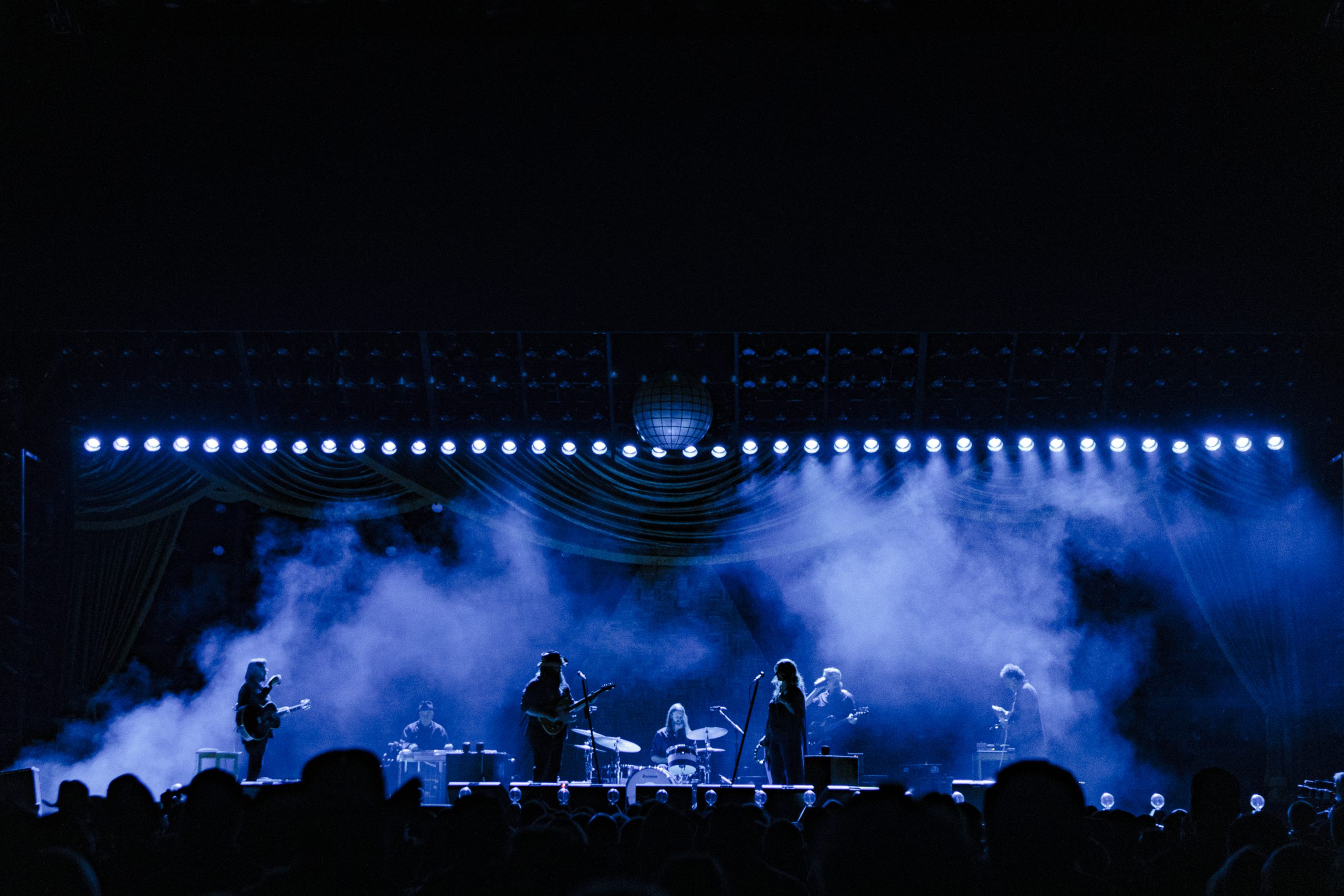 The multi-Platinum entertainer displayed his signature blend of southern rock, blues, and traditional country with performances of his Grammy-nominated “Cold,” “Arkansas,” a cover of The Steeldrivers’ “Midnight Train To Memphis,” and Lynyrd Skynyrd’s “Free Bird,” among others from the nearly two dozen-song set. Throughout, the bearded entertainer also showed his renowned guitar skills with a heavy helping of jam sessions and show-stopping guitar solos.

Backed by harmonies from his wife, Morgane, and stunning production, Stapleton also delivered some of his many massive hits and fan-favorites, such as the bluesy “You Should Probably Leave,” “Broken Halos,” and “Fire Away” which saw raised glasses from the audience as far as the eye could see and a deafening choir to which Stapleton uttered, “That’s what magic sounds like to me.” 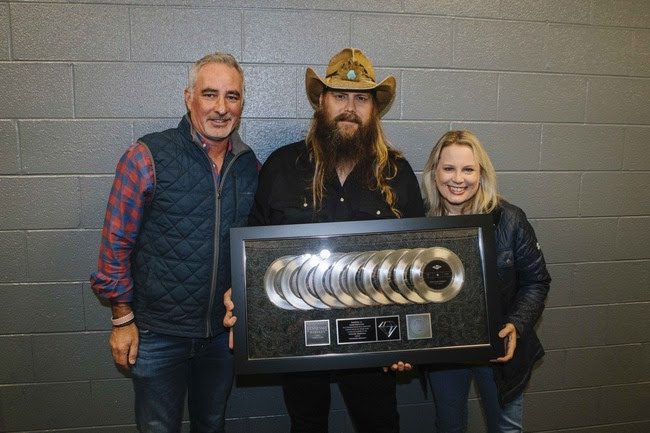 As the show began winding down, Stapleton shared one of his most popular songs, “Tennessee Whiskey,” which had the whole crowd swaying and singing along. Before the second night of the weekend, the soulful singer was surprised backstage with a prestigious RIAA Diamond plaque for the single surpassing 10 million total units sold.

Stapleton closed the full setlist with his heavy-hitting “Outlaw State of Mind,” but not before first sharing his gratitude to the fans and making special mention of the magic that happens behind the scenes. “We’re winding down on this tour and every night I say this, but all the men and women on our crew have worked extra hard this year. We have the greatest crew in the whole wide world and we can’t do this without them.”

The “All-American Road Show” will pick up in spring of next year on April 20 in Toledo, Ohio, before embarking on the tour’s Canadian leg. For a full list of upcoming dates for 2022, click here.