The ten-track project, produced by Jonathan Smith, was recorded at the legendary Fame Studios in Muscle Shoals, Alabama, which inspired the crew to add some Southern soul and sass to the holiday tracks. The legendary studio where The Gregg Allman Band, Aretha Franklin, Little Richard and many more have recorded, in all of its 1960’s rock glory, was a key component in capturing the sound for I Don’t Want Christmas To End. Featuring his penned title track, along with classics like “Christmas Time Is Here” and “This Christmas,” Williams also covers favorites such as “Merry Christmas Baby” and “Run Run Rudolph.”

Recorded in the round, Williams and his band turned “White Christmas” into an Elvis “Blue Christmas” tribute, updated with Williams’ Arkansas and Tennessee roots. “Merry Christmas Baby” was reimagined as a Van Morrison classic, and “Run Run Rudolph” became a Ray Charles-inspired piano rocker. “Mary Did You Know” morphed into an entirely new song with a “Mustang Sally” 60’s vibe.

“We knew we wanted it to have a rock and roll edge, a southern rock feel. That’s when we got the idea to go down to Muscle Shoals. We got down there and all the original gear is still there from the Sixties: the original rooms, the original console,” Williams shares. “Recording there really made the songs come alive even more than I thought it was going to.”

Williams is taking the holiday songs live on the road on his 11-city “I Don’t Want Christmas To End” Tour, that runs through December and features special guest Anne Wilson. For a full list of tour dates and to purchase tickets, click here. 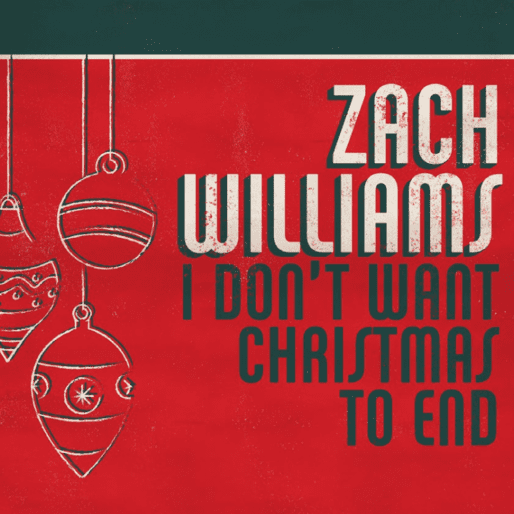