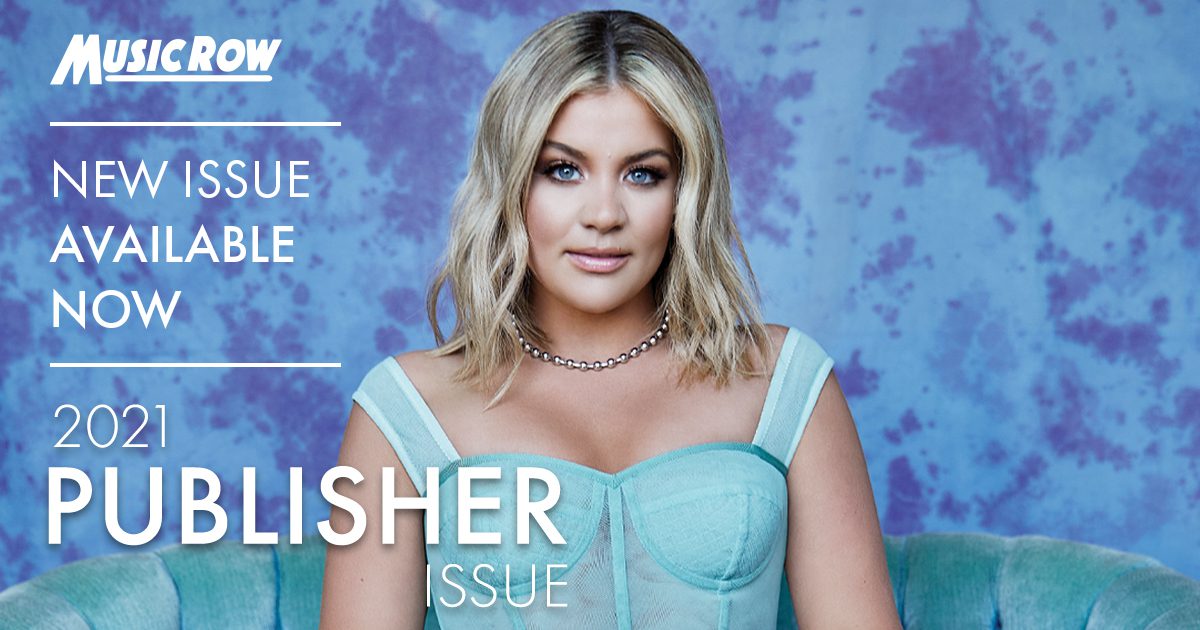 Alaina recently released her third studio album, Sitting Pretty On Top Of The World, which includes her current radio single “Getting Over Him” with Jon Pardi. As a co-writer on 14 of the project’s 15 tracks, the album reflects on the mountains and valleys of her journey over the years.

Alaina has received an array of RIAA certifications over the last decade, including Gold-certified “One Beer,” “Road Less Travelled,” “Getting Good,” “Doin’ Fine,” and “Like My Mother Does,” as well as the six-time Platinum “What Ifs” with Kane Brown. With multiple ACM, CMA, Billboard, and CMT Award nominations under her belt, the multi-faceted entertainer also starred in the film Roadhouse Romance on the Hallmark channel this fall and will release her book Getting Good At Being You on Nov. 23.

In the 2021 Publisher Issue, MusicRow does a deep dive into the First Family of Music Row—The Bradleys—chronicling their impact on the Nashville music business and beyond. UMPG’s Troy Tomlinson, Warner Chappell’s Ben Vaughn, Sony Music Publishing’s Rusty Gaston, Creative Nation’s Beth Laird, and Big Machine Music’s Mike Molinar give an update on the state of Nashville publishing in 2021; while Tree Vibez Music’s Leslie DiPiero and Verse 2 Music’s Kent Earls explain the process behind artist-led publishing ventures. This issue also offers conversations with Anthem Entertainment’s Tim Wipperman as well as Black River Publishing’s Rebekah Gordon. The MLC’s launch and first year of operation is also a focus of this year’s Publishing issue as MusicRow talks with CEO Kris Ahrend.

“MusicRow‘s annual Publisher Issue highlights those publishers and tunesmiths that create the foundation and cornerstone of our industry,” says MusicRow Magazine Owner/Publisher Sherod Robertson. “From the informative Publisher Directory and the songwriters highlighted on these pages, to the in-depth narratives discussed in the featured articles, this important resource and guide supports the creative talents of our industry’s songwriters and publishing teams.”

Single copies of MusicRow’s 2021 Publisher Issue are available for purchase at musicrow.com for $45, and are included with yearly MusicRow memberships. 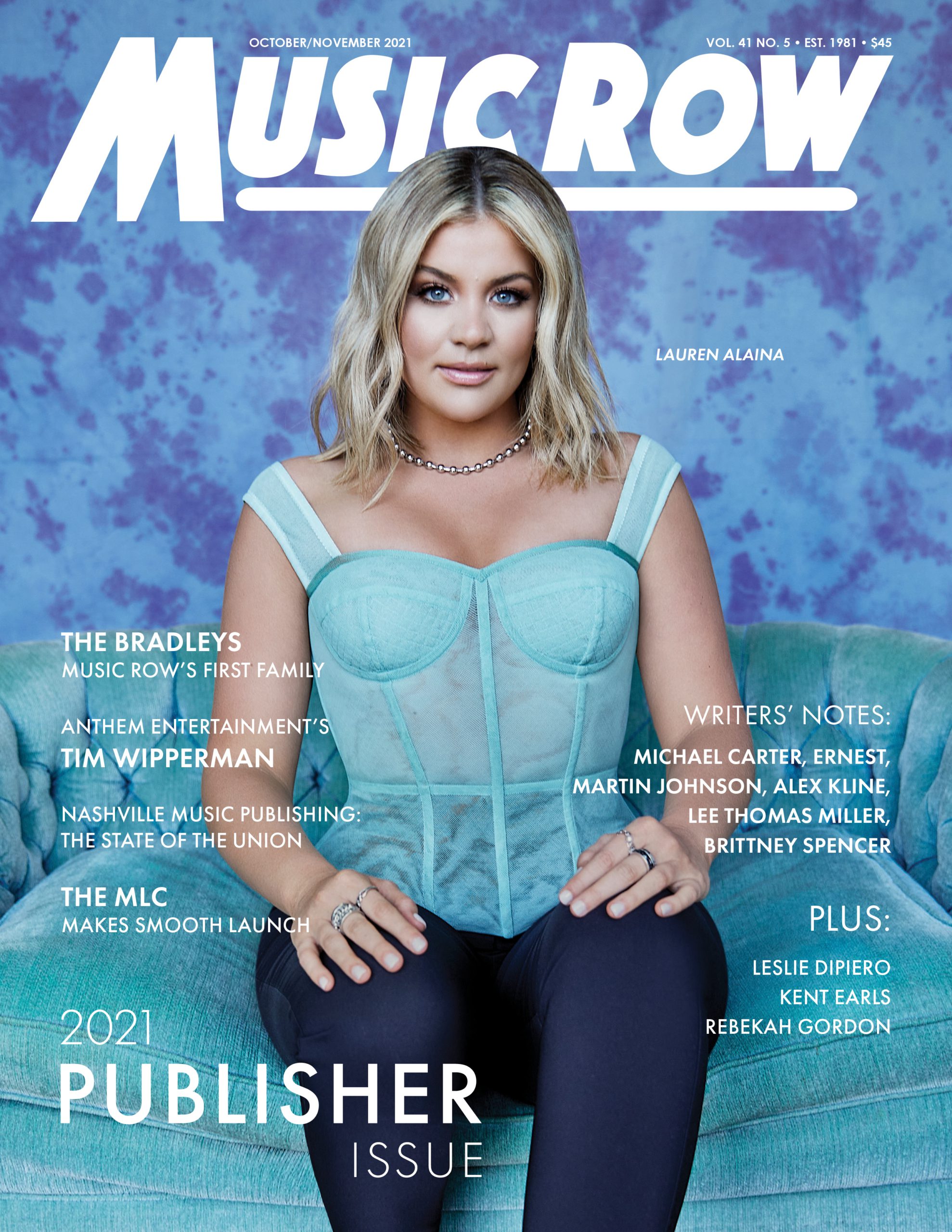