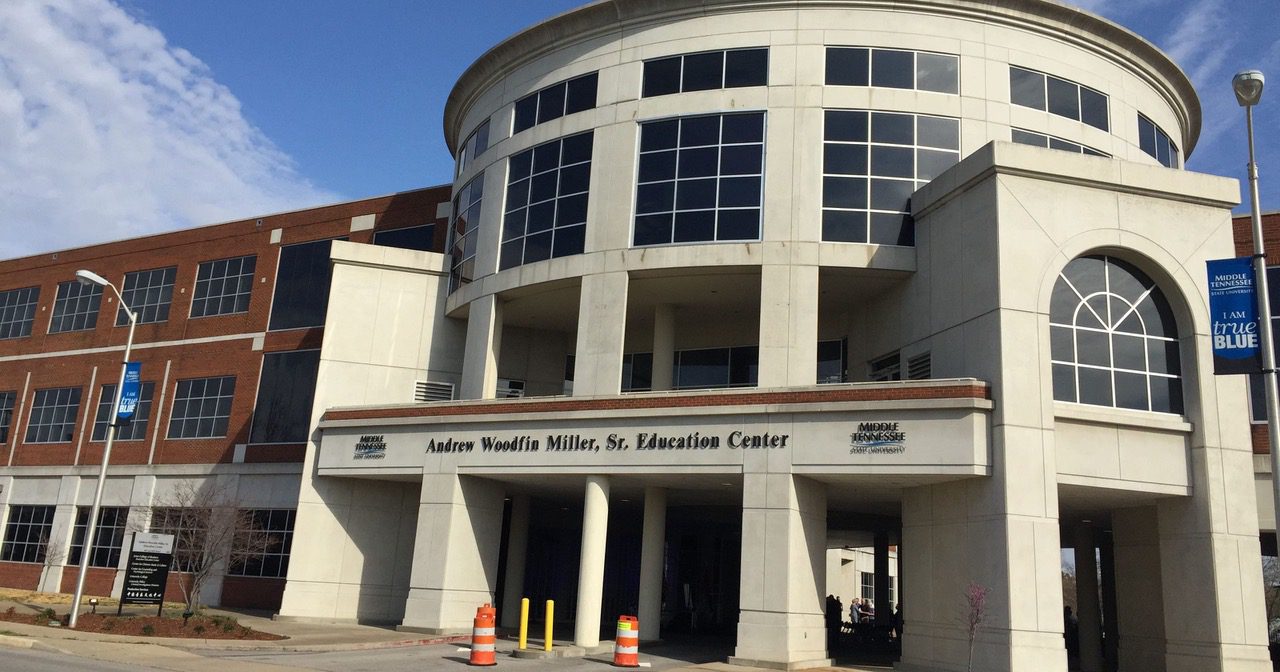 Nestled on the outskirts of Nashville in nearby Murfreesboro, Tennessee, is Middle Tennessee State University (MTSU). With its Recording Industry department, including concentrations in Music Business, Commercial Songwriting, and Audio Production, the University is becoming a force to be reckoned with in the Nashville music business.

Since beginning its Commercial Songwriting program in 2008 under the direction of professional songwriter Odie Blackmon (“I May Hate Myself In The Morning” by Lee Ann Womack, “She’ll Leave You With A Smile” by George Strait, “Nothin’ On But The Radio” by Gary Allan), the concentration has nearly doubled its enrollment, hosting 158 students this semester. 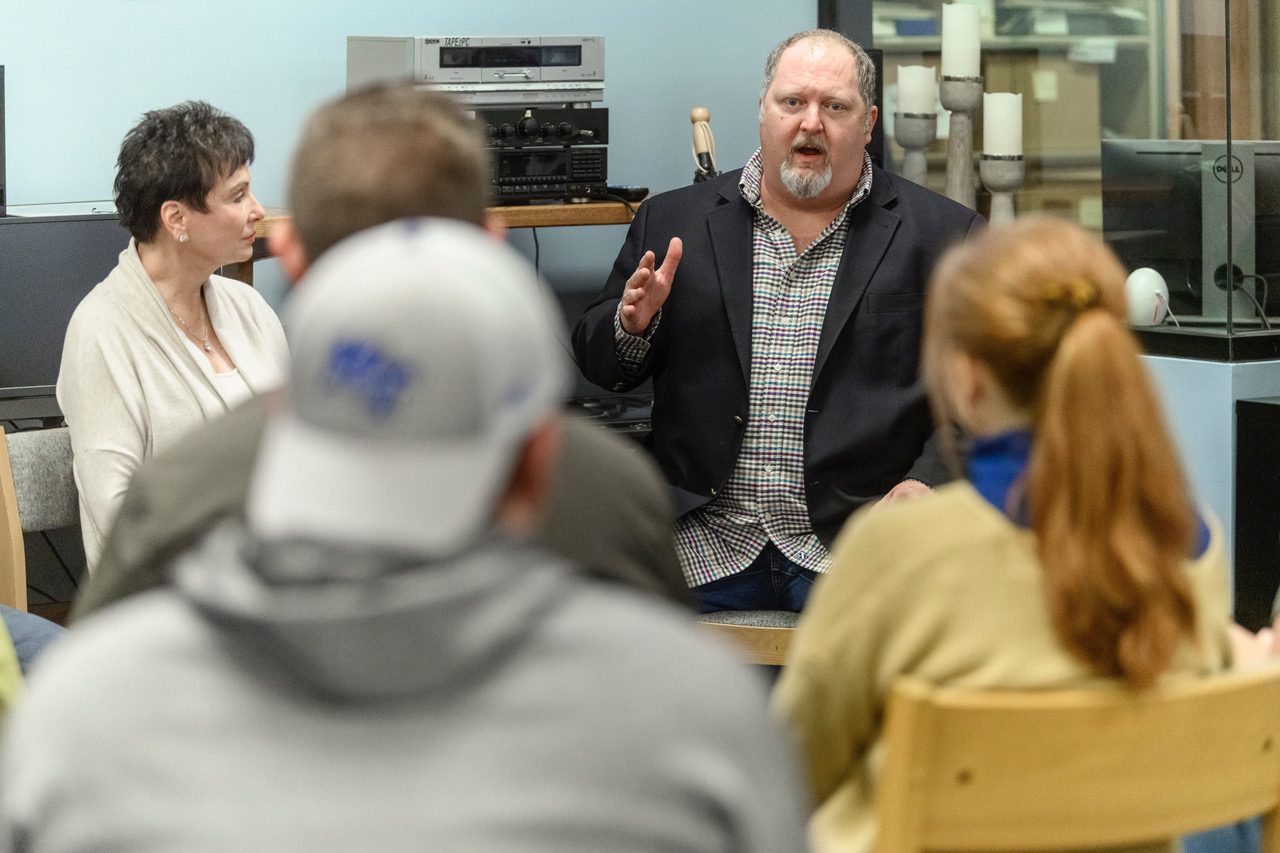 Called a “Grammy Factory” by NBC Nightly News, the program boasts many accomplishments, including award-winning alumni like Luke Laird, who has cuts by the likes of Carrie Underwood, Blake Shelton, Trace Adkins, and Tim McGraw; Laura Rogers, one of the Secret Sisters; Erin Enderlin, who has written songs for Alan Jackson and Lee Ann Womack; country recording artists Chris Young and Mitchell Tenpenny; and many more.

“We serve a lot of different types of songwriters. The classes are intimate, so there’s only around 12 students in a songwriting class. It’s been a joy creating the program,” Blackmon shares with MusicRow. “I’m most proud of the diversity of the faculty in the program, because it mirrors the diversity of our student body. 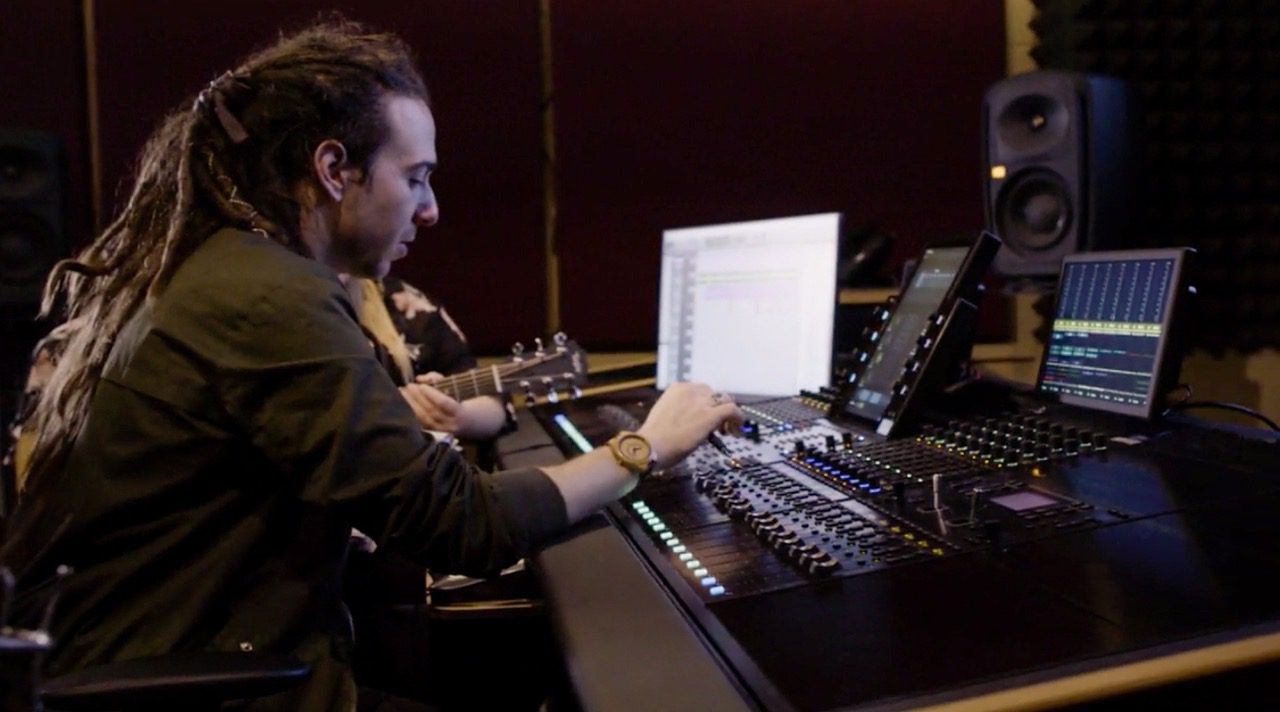 “If you look at the different people that are teaching, we have all genres and backgrounds covered. Collaboration of people from different worlds and backgrounds is what makes great music,” he explains. “When you come to MTSU, you’re not in a bubble. We have a diverse faculty and student body, and we’re inclusive in nature. We’re open arms and we welcome all of the different people that come through our doors.”

With the growing exposure and student body, the Commercial Songwriting program will soon be moving into a new home on the campus.

The new Songwriting Center will include classrooms and a lounge area, both of which will be functional by January of 2022, as well as a state of the art beat lab, writers’ rooms, offices, a vending area, and an atrium fit for live performances for up to 300 people. 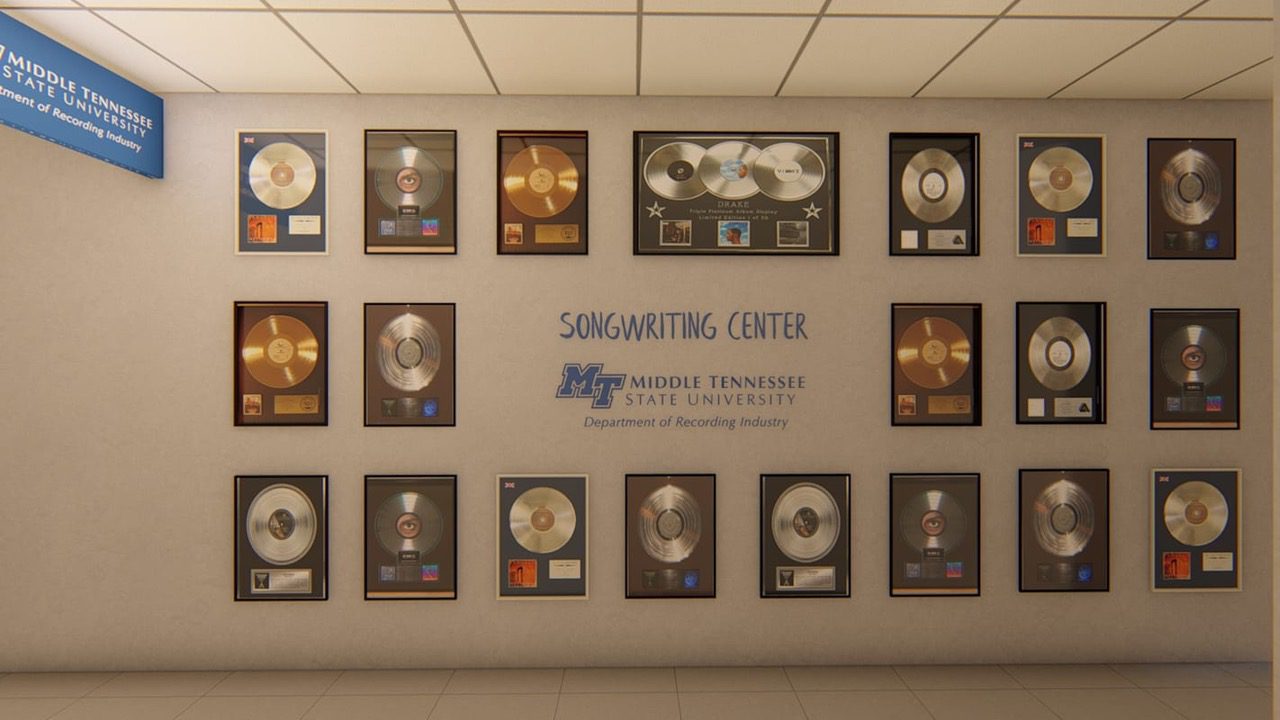 “[This new building] shows a commitment to the songwriting concentration, which is newer compared to the music business or audio,” Blackmon states. “It gives students confidence too. We’re going to have Gold and Platinum award plaques from different alumni line the walls so that when students walk down a hallway, they see people that have come before them that have actually done it. They’ll know they’re at the right place and that they can do this if they work hard.

“[Our students] deserve it and they’re going to get it at the cost of a state school education and not $60,000 a year,” he says. 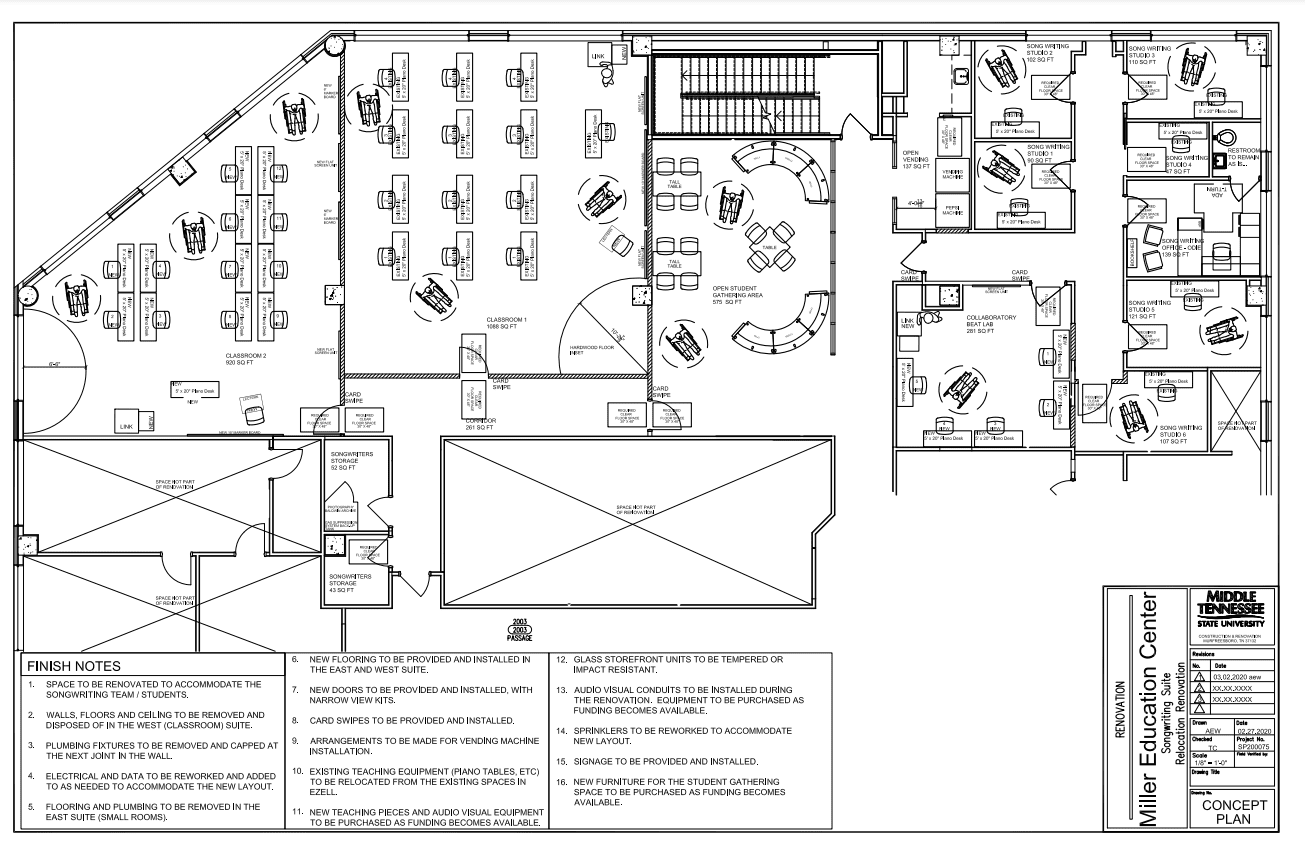 The project, which is expected to be completed in its entirety in January of 2023, has already received over $300,000 in funding, but still needs some help for the new equipment.

Post-COVID, Blackmon expresses plans for live performance fundraisers with students from the program. “Several years ago, Eric Paslay, who’s an alumni, did a show where students opened up and got the experiential learning of opening a show. Eric closed the show and we sold tickets and also got donations, so I plan on doing more of those.”

With much in store over the coming months, MTSU’s Commercial Songwriting program has the promise of a bright, hopeful future ahead for the department and its many students. To contribute to the fundraising efforts for the program’s new home, you can go to the MTSU development webpage or click here to make a tax deductible donation to the Songwriting Center.