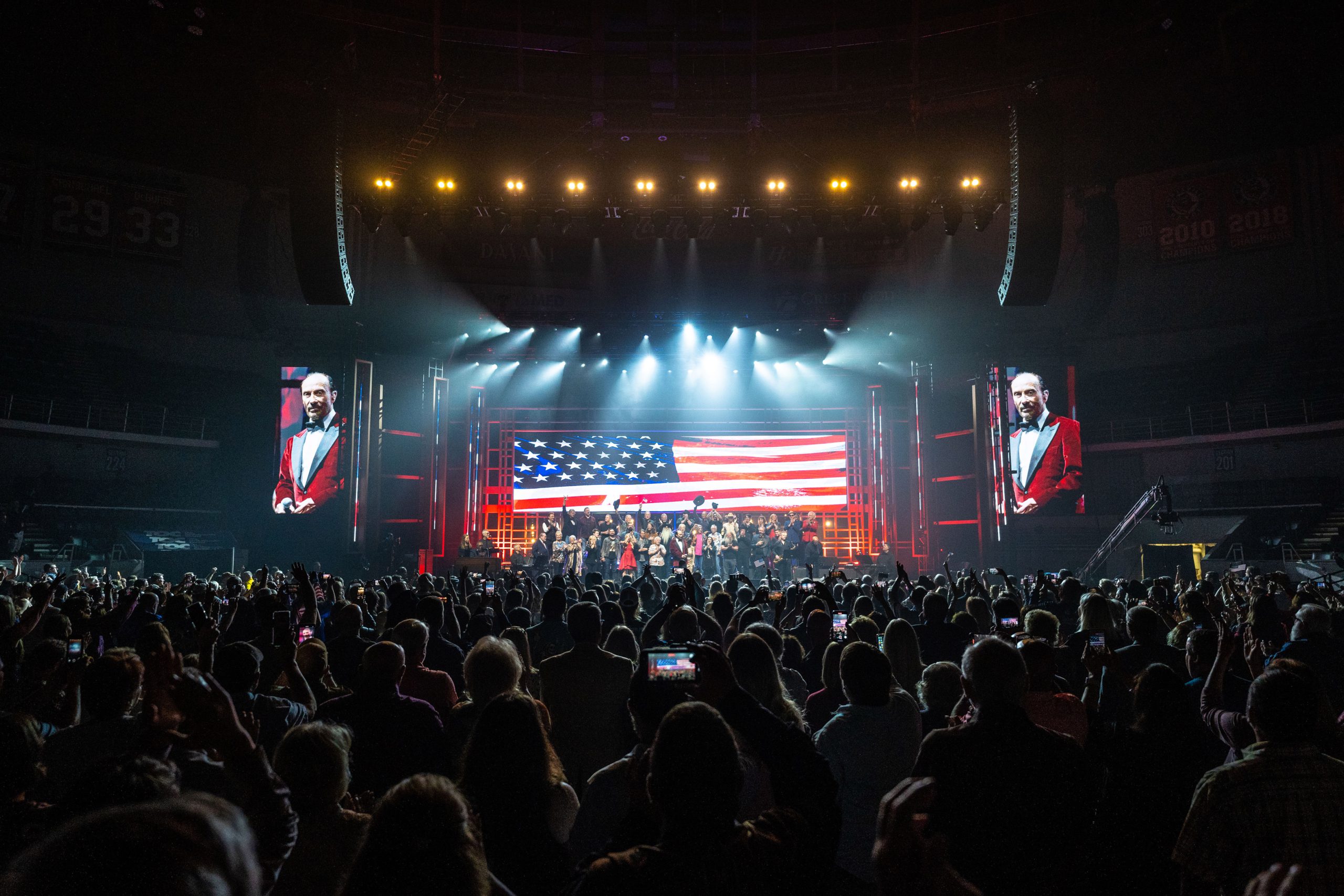 Lee Greenwood was honored on Oct. 12 in a special tribute concert at the Von Braun Center in Huntsville, Alabama celebrating his 40-year career.

During the tribute, Rock and Roll Hall of Fame member Sam Moore and T. Graham Brown performed a star-studded collaboration of “Soul Man,” while DeGraw gave his version of the Greenwood hit “I.O.U.” and Brice sang “I Don’t Mind The Thorns When You’re the Rose.” Additionally, The Oak Ridge Boys performed their signature hit “Elvira” and Boone sang “You Light Up My Life.” The night ended with the entire ensemble of guests singing the beloved hit “God Bless the USA.” 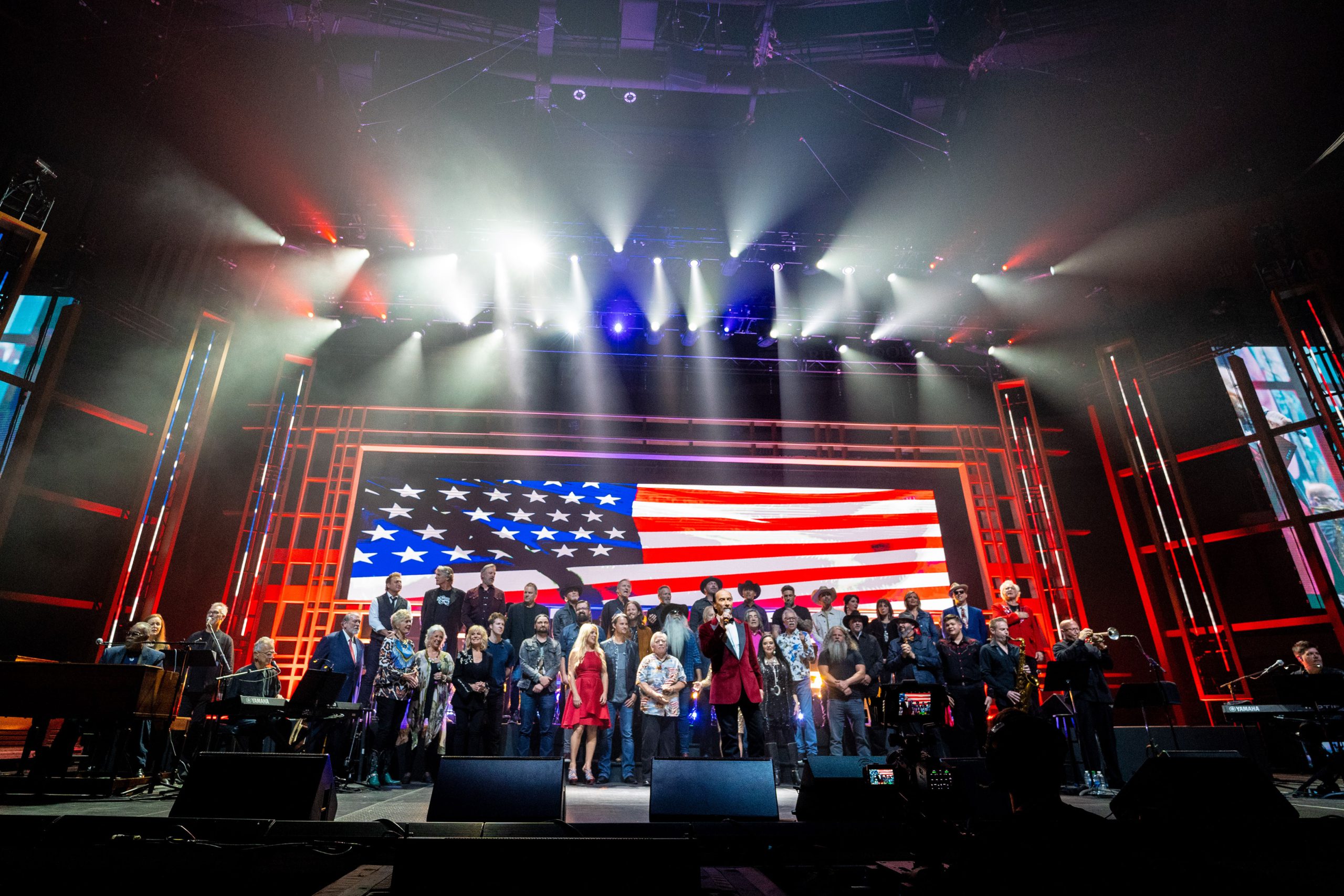 “When Lee Greenwood announced that he wanted to host his All-Star Salute tribute concert in the Von Braun Center Propst Arena, we were ecstatic,” says Von Braun Center Director of Marketing and Public Relations Samantha Nielsen. “We knew the event would be hugely successful–not just for the VBC, but for the entire city of Huntsville and North Alabama… We will continue seeing benefits from hosting this event in Huntsville because there are still three 1-hour television specials from the Lee Greenwood tribute concert that will be aired nationally in 2022.”

In addition to great music on stage, Louis and Patti Breland of Breland Homes bestowed keys to two veterans and their families–SFC Scott Barkelow, USA (Ret) and SSG Michael Brown, USA–through a special partnership with Lee Greenwood and the Helping a Hero organization. 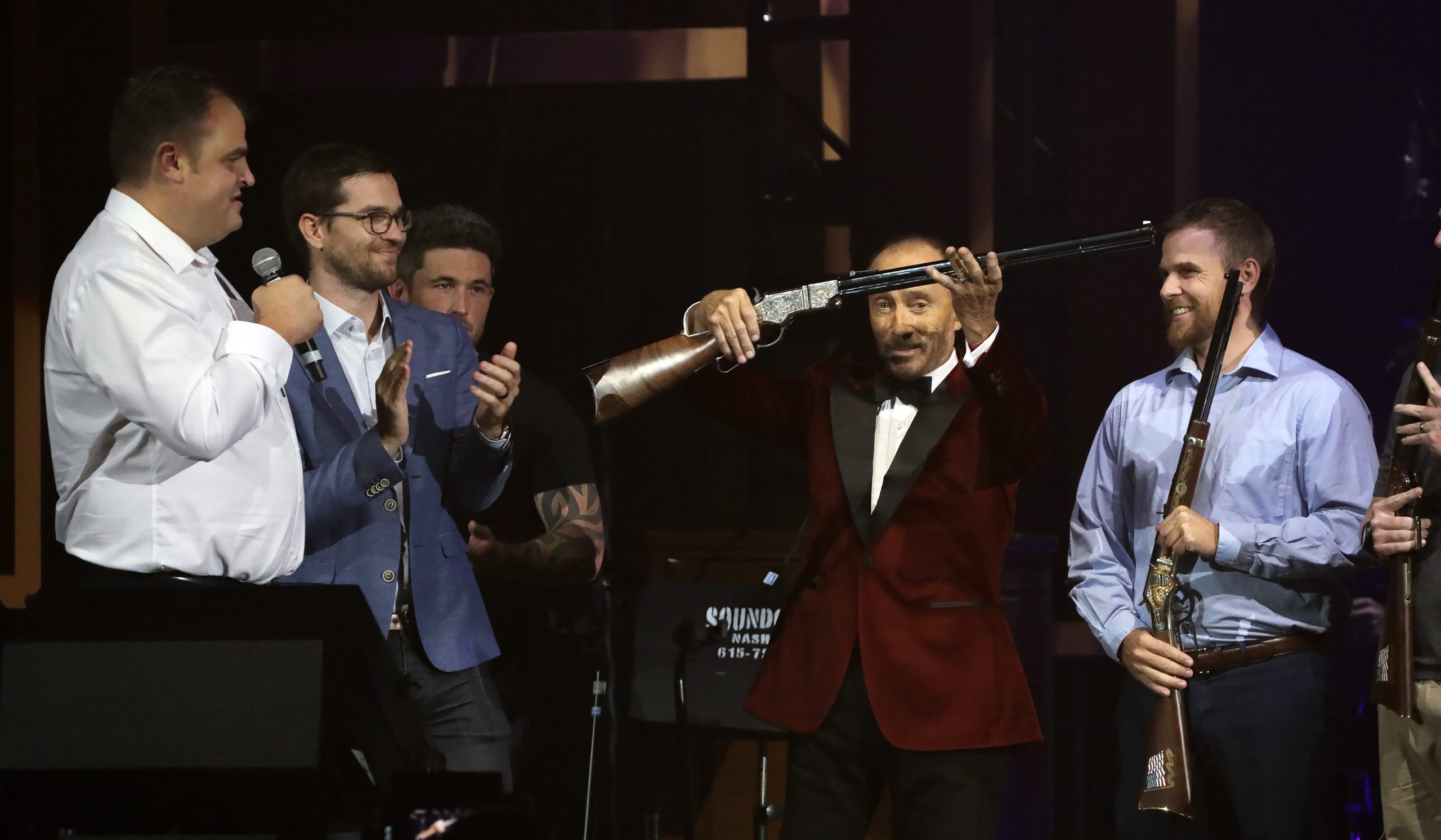