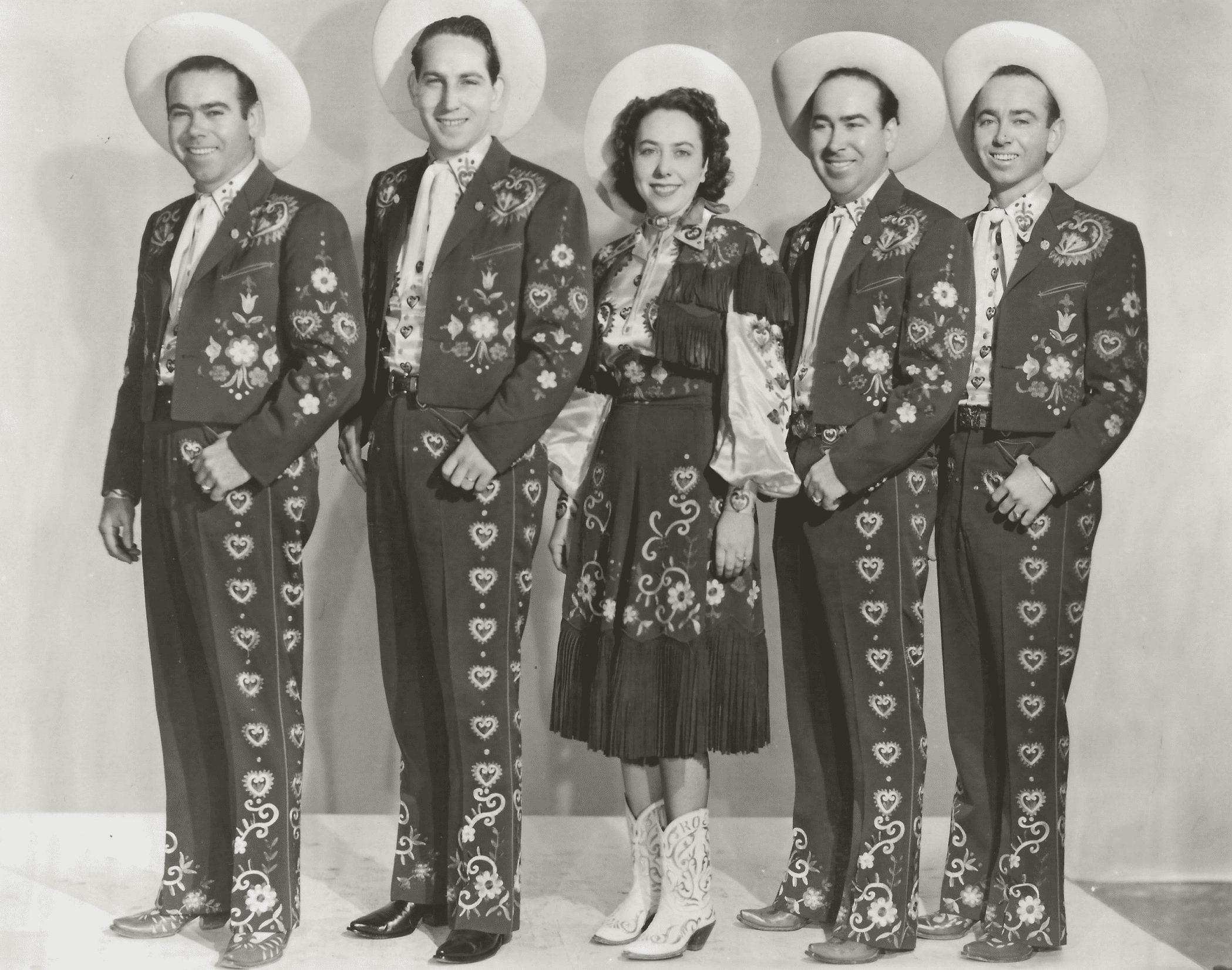 Don Maddox, the last survivor of the legendary honky-tonk/rockabilly pioneering band The Maddox Brothers & Rose, has died at age 98.

From 1937 to 1956, The Maddox Brothers & Rose became known as “the most colorful hillbilly band in the land.” Their stage act was packed with wildly raucous, unpredictable antics and they were among the first country acts to embrace sequined, spangled “Nudie” outfits.

The Maddox sound was a bold, loud fusion of electric guitars and barroom rhythm that helped define the evolution of honky-tonk music in the 1940s. The brothers’ slap-back bass “country boogie” undertow and Rose’s exuberant vocals prefigured the rise of rockabilly music in the 1950s.

The band also popularized the songwriting of Woody Guthrie. The ensemble’s version of his “Philadelphia Lawyer” in 1949 became both his and the group’s biggest country hit. Other notable Maddox recordings featuring Don include “Sally Let Your Bangs Hang Down,” “Mean and Wicked Boogie,” “Whoa Sailor,” “Water Baby Blues,” “Alimony” and “Hangover Blues.”

The Maddox saga is one of the most cinematic in country-music history. Sharecropper mama Lula Maddox and husband Charlie left dirt-farm Alabama poverty with their kids in 1933 at the height of the Great Depression. Don, then aged 10, and his siblings learned to ride the rails to California, where they made newspaper headlines as residents inside lengths of large drainage culvert pipes.

She and her outgoing son Fred talked KTRB in Modesto, California into hosting a radio show for the family act in 1937, leading to performances for tips in honky-tonk dives and hillbilly nightclubs. In 1939, The Maddox Brothers & Rose won a talent contest that rewarded them with a regionally syndicated radio show in California, Arizona, Oregon and Washington. Their popularity soared.

Their onstage behavior was equally showy, as the brothers incorporated shrieking comedy routines, blaring honky-tonk vocal wailing, hepped-up hillbilly versions of R&B tunes, zany ad-libbing sound effects and cackling laughter into their flashy performances. “Don Juan,” as he was dubbed, was the band’s fiddler and chief comedian, as well as a vocalist. The five spangled crazies traveled in a fleet of matching, gleaming black Cadillacs.

After the band’s breakup, Rose Maddox went solo, scoring a dozen top-20 hits in the 1950s and 1960s and giving the little-known Buck Owens a boost as her duet partner.

Following a successful career as a cattle rancher in Ashland, Oregon, Don reemerged as a performer, too. He began appearing at music festivals in the 1990s as a representative founder of rock n roll.

Don Maddox opened for Big & Rich at the Britt Festival in Oregon in 2005. He performed at the Muddy Roots Festival in Cookeville, Tennessee in 2011 and 2012. He appeared on Marty Stuart’s Nashville TV show, earned a standing ovation at his guest appearance on the Grand Ole Opry and recorded three solo fiddle albums.

Don Maddox passed away on Sept. 12. He is survived by his wife Barbara, who he affectionately referred to as his “child bride.”

The family has donated Maddox’s fiddle along with other memorabilia to Stuart for a planned “Congress of Country Music” facility to be built in Philadelphia, Mississippi.

Maddox will be remembered at a graveside service at 11 a.m. Monday, Sept. 27, at Scenic Hills Memorial Park, 2585 E. Hills Dr. in Ashland, Oregan. Maddox’s wife said the service, which will include military honors, is open to all.