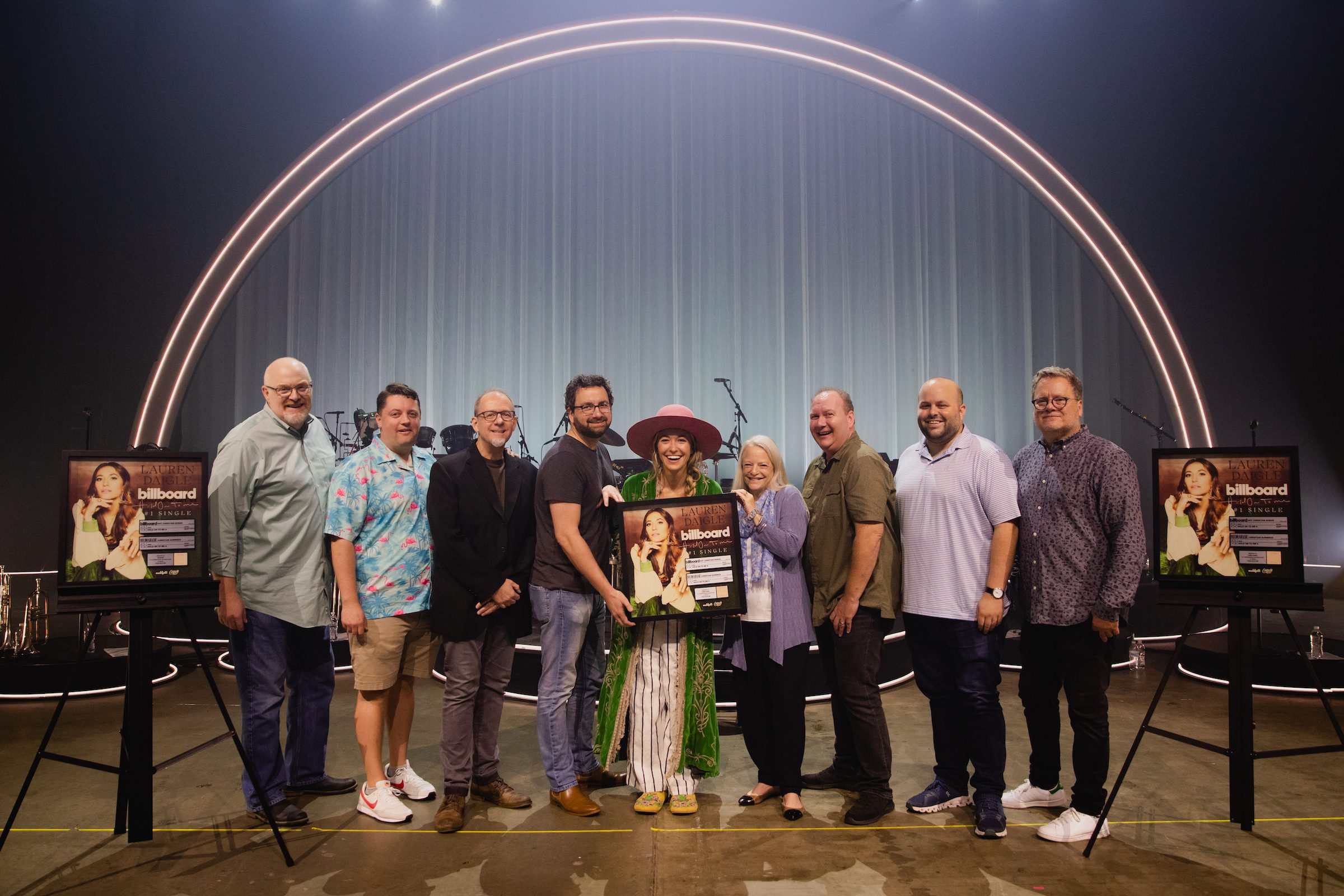 Christian singer-songwriter Lauren Daigle is continuing to break records with her music.

Since the release of her Grammy-winning, Platinum certified album Look Up Child in 2018, Daigle has remained in the upper echelons of the Billboard charts. The album debuted at No. 3 on the Top 200 Albums chart, making Daigle the first female artist to simultaneously hit the Top 10 on both Billboard’s Pop and Christian Billboard Album Charts. After spending 100 weeks at No. 1, Look Up Child also holds the record for the greatest number of weeks atop the the Billboard Top Christian Albums chart in its history.

Additionally, the Centricity Music artist’s Grammy-winning crossover hit, “You Say,” became the longest-running No. 1 song of any genre on the weekly Billboard “Hot”-named song charts (which blend streaming, airplay and sales data, as tabulated by Nielsen Music/MRC Data.) “You Say” remained at No. 1 for an incredible 132 weeks and was recently certified 4x Platinum by the RIAA.

“I feel kind of awestruck [by Look Up Child‘s achievements] to be honest,” Daigle tells MusicRow. “I really feel like there’s something about people’s stories and people’s connection to this record that really keeps me in a space of being in awe. I’m super grateful for the connection that people have had to it. I don’t take it for granted and I’m honored to have had something like this that I get to be a part of in life.”

Daigle most recently extended her record of most No. 1 hits among women on the Hot Christian Songs chart with her sixth No. 1 single, “Hold On To Me.”

“‘Hold On To Me’ is a song about having people around you that see the best in you and remind you of those things when you might only see the worst of who you are,” Daigle says. “It’s a song about someone who doubts themselves or questions their worth or whether they’re able to make it through a difficult time and realizes what it means to have people around them that can see beyond the current circumstance and remind them, ‘Hey, there’s more beyond this. Keep your head up, stay focused.’ I really believe there’s power when people are unified. Life is a journey and anytime that you’re doing it alone, it only feels half full. I think there’s something beautiful about people holding onto each other in the worst of times, it allows us to get through difficult things together rather than alone.”

Daigle has earned seven Billboard Music Awards, four American Music Awards, ten GMA Dove Music Awards and sold-out concert venues all over the world. She will head back out on the road again with her arena tour kicking off Friday (Sept. 24) in Fort Wayne, Indiana. The “Lauren Daigle World Tour” will make stops throughout the U.S. including Kansas City, Atlanta, Lafayette, Houston, and New Orleans before wrapping in Nashville on Nov. 19.

“I cannot wait to be in front of a crowd, to hear applause and hear people screaming at the top of their lungs,” Daigle says. “It is a feeling of joy that doesn’t just stop at me. It circulates around the room, and I think that is something I will never take for granted again especially after this time. I’m also looking forward to the beauty of playing music with people that I love so dear. I feel like I’m back with a family that I’ve missed for so long.”