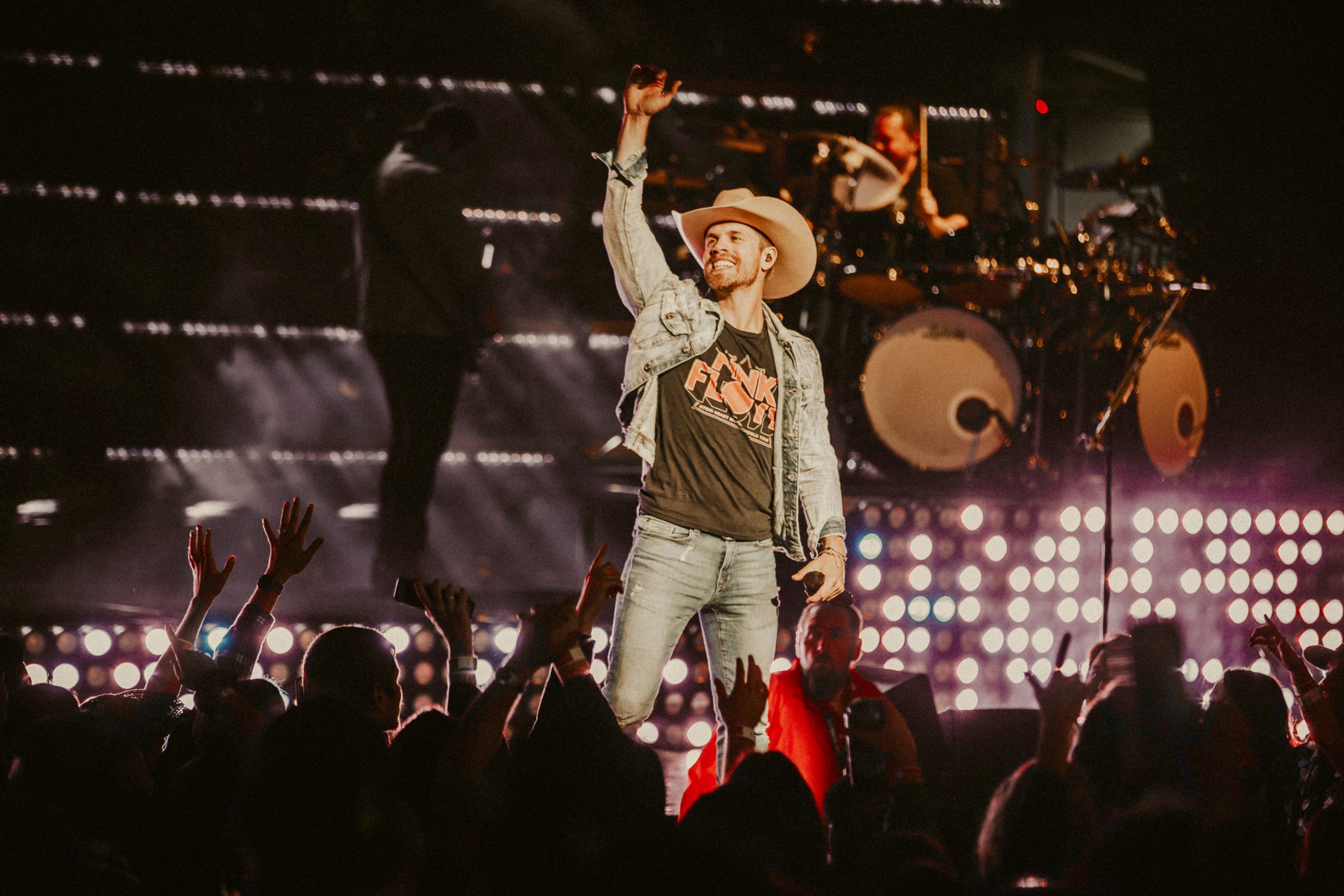 Lynch ended 2020 as Billboard’s third most-played artist on the Country Airplay chart. His fourth studio album, Tullahoma, delivered consecutive chart-toppers: Platinum “Ridin’ Roads” and Gold “Good Girl” – both co-written by Lynch, in addition to Top 5 “Momma’s House.” Since his breakout in 2012, he’s earned four Top 5 albums, eight Gold and Platinum certified singles, over 2.5 billion on-demand streams, and has achieved a total of seven No. 1 songs at country radio including “Small Town Boy,” which was also the longest reigning No. 1 of 2017 on Billboard’s Country Airplay chart.

Ben Vaughn, President & CEO, WCM Nashville says, “If you know Dustin you know he’s all about his fans and delivering memorable songs they’ll be singing for years. As a songwriter, from his very first hit (the game-changing ‘Cowboys and Angels’), to ‘Good Girl’ and ‘Ridin’ Roads,’ to his current single (‘Thinking ‘Bout You’), he knows how to deliver a smash. I’ve had the pleasure of knowing him since he first came to Nashville and we’re all excited for the next part of his journey.”

Lynch’s latest release, “Thinking ‘Bout You (feat. MacKenzie Porter)” was co-written by Lynch, Will Weatherly, Hunter Phelps, and Andy Albert, and is currently Top 20 and rising at country radio.

“Dustin is one of the most consistent and exciting artist/writers in country music,” adds VP, A&R Strategy, WCM Nashville, Ryan Beuschel. “His raw talent and incredible work ethic have helped cement him as a regular atop the charts. There’s a lot more on the horizon and I’m looking forward to working alongside him.”

“Ben [Vaughn], Ryan [Beuschel], and the WCM Nashville team have been in my corner as long as anyone on Music Row,” sums Lynch. “I’m thrilled to align my dreams and goals with theirs and take this next chapter of making music to a whole new level. Keep an eye on what we start building together and may the hit train roll on!”