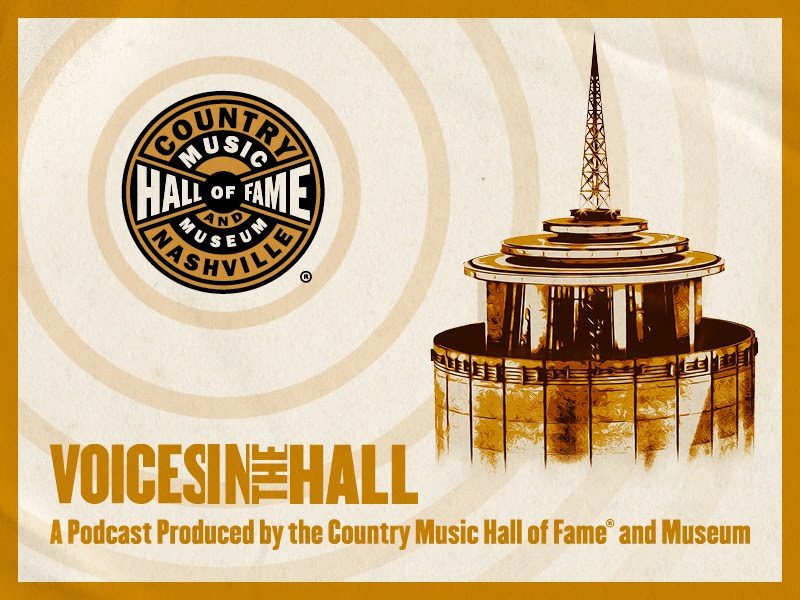 The Country Music Hall of Fame and Museum has released season three of its Voices in the Hall podcast. All episodes are available to stream on Spotify and the museum’s website.

Voices in the Hall features some of music’s intriguing and notable performers examining how artists recognize, embrace, and develop their own creative voice as they navigate their careers. The podcast’s third installment includes interviews with the Cactus Blossoms, Steve Dorff, Duane Eddy, Mark Knopfler, Ashley McBryde, Delbert McClinton, Molly Tuttle, and Aaron Watson.

Hosted by the museum’s Senior Director, producer and writer Peter Cooper, the series supplements the conversations with musical recordings to enrich the stories and bring each episode to life.

“Voices in the Hall is a window into the hearts and minds of some of the world’s most interesting and creative people,” says Cooper. “This podcast is about the ways in which people reveal themselves through music. You’ll hear master musicians at their most honest and their most vulnerable, explaining what was thought to be unexplainable.”

All episodes from the first two seasons have also been re-released on Spotify, including conversations with Dierks Bentley, Kane Brown, Rosanne Cash, Emmylou Harris, Nick Lowe, Linda Ronstadt and many more.