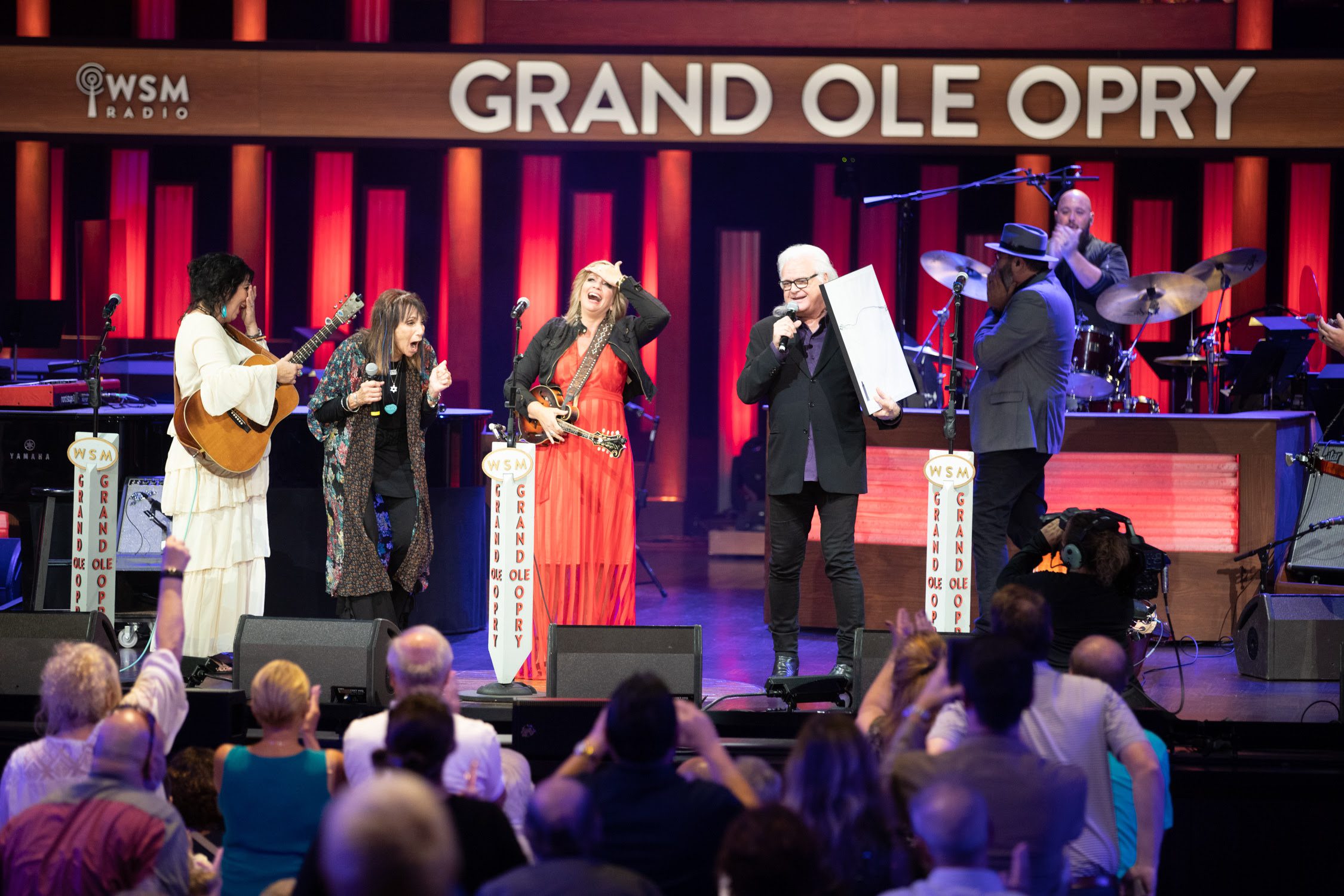 The Dove Award-winning gospel group The Isaacs were surprised on stage at the Grand Ole Opry last night (Aug. 10) by Opry member Ricky Skaggs with an invitation to officially become Opry members. The group will formally be inducted into the Opry family on Tuesday, Sept. 14.

Isaacs members Becky, Ben, Lily, and Sonya were marking the release of their new album The American Face when Skaggs approached them on stage with framed artwork of the album. Reading an inscription in the framed material, Skaggs said, “Presented to the Isaacs on August 10, 2021 to Commemorate the Release of the New Album The American Face and to Celebrate Your Invitation to Become Official Members of the Grand Ole Opry.” Then he followed with, “Do you say yes?”

“The Isaacs are musical treasures. They are family,” says Opry Vice President and Executive Producer Dan Rogers. “I think, ‘man, is our audience lucky tonight’ every single time they take our stage. We’re honored they love the Opry like they do, and I am excited about the prospect of them delivering their powerful songs from the Opry circle for years to come.”