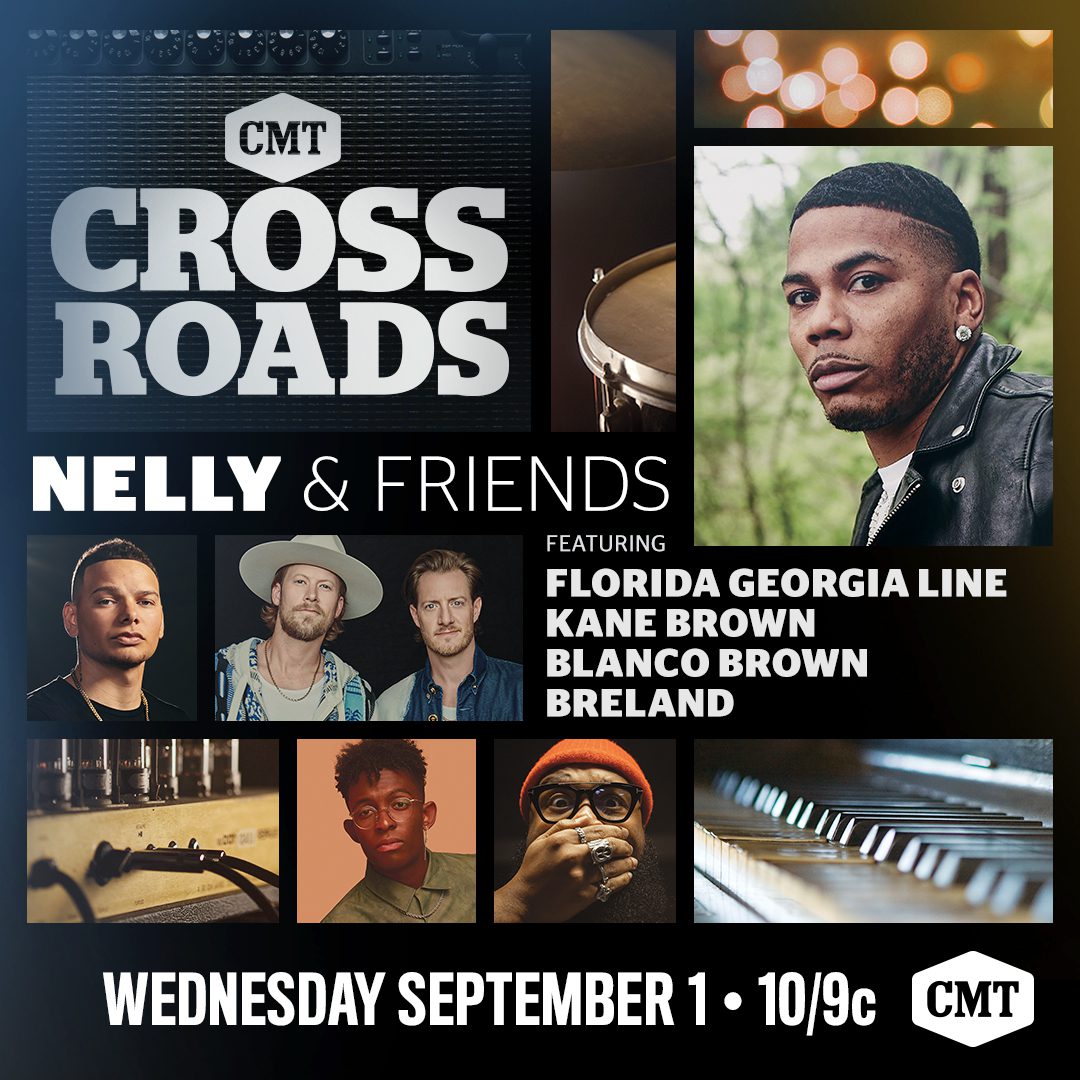 Nelly is teaming up with some of his longtime friends and collaborators in country music for an upcoming CMT Crossroads episode. The genre-bending artist will be joined by Florida Georgia Line, Kane Brown, Blanco Brown and Breland on the upcoming episode, which will premiere Wednesday, Sept. 1 at 9 p.m. CT, exclusively on CMT.

Nelly is making his Crossroads debut as the series’ first hip hop headliner. The 60-minute CMT Crossroads: Nelly & Friends special will feature new music from Nelly’s new country-inspired Heartland project alongside high-energy performances of his biggest chart-topping hits, including a few surprises celebrating the 20th anniversary of Country Grammar. The show also marks first-time Crossroads appearances from Kane Brown, Blanco Brown and Breland while FGL returns to the Crossroads stage after teaming up with Backstreet Boys in 2017.

“I’m excited to celebrate my music with my friends and fellow artists on Crossroads! When people talk about me crossing lines and genres, I think about it more that music brings folks together,” Nelly shares.