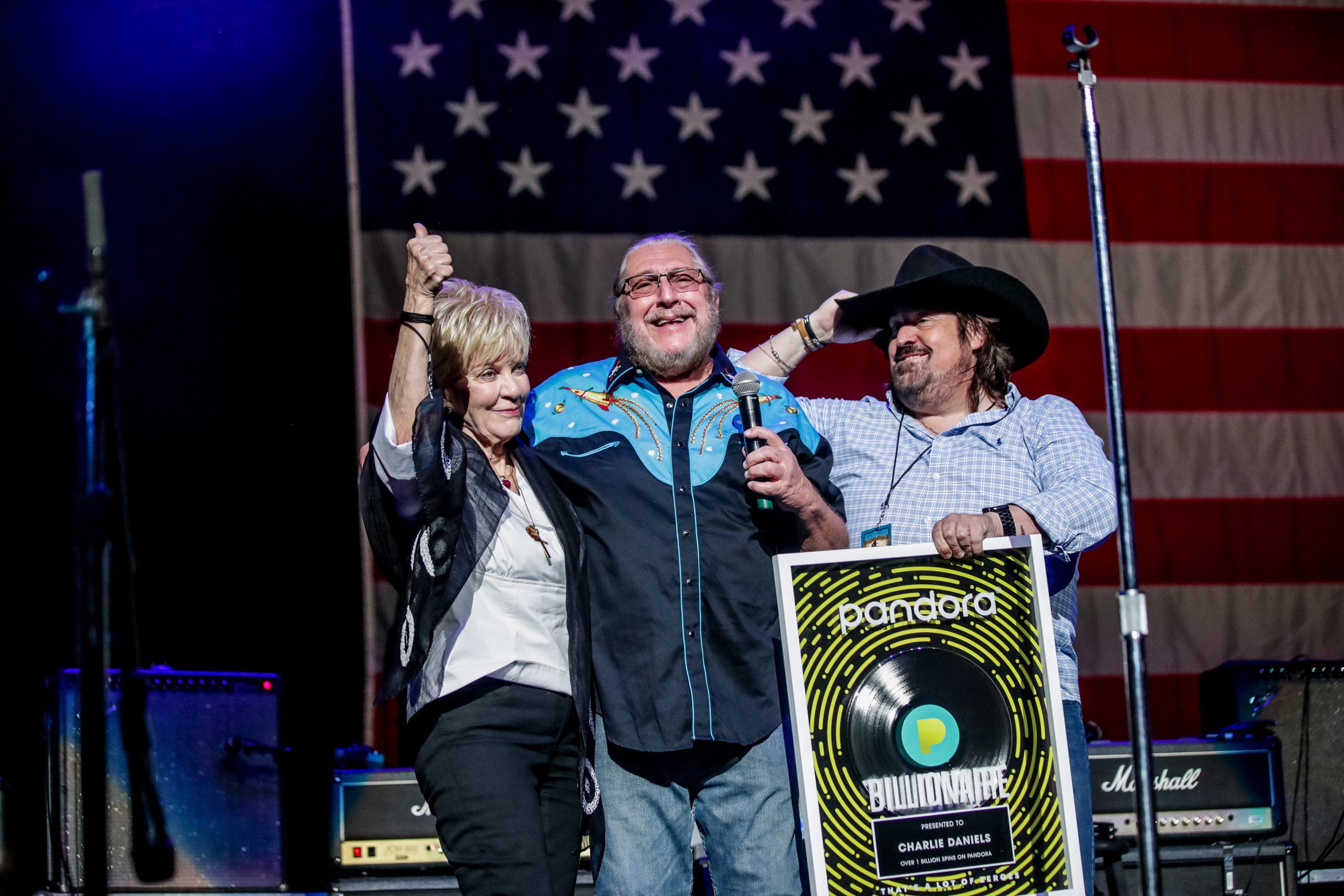 The Marshall Tucker Band, longtime friends of The Charlie Daniels Band, were on hand to make the presentation. During the group’s set, MTB lead singer Doug Gray called Daniels’ wife of nearly 56 years, Hazel Daniels, and his son, Charlie Daniels Jr., to the stage, surprising them with the special plaque from Pandora.

“This special award and the entire night brought tears to my eyes, to see how much his fans loved him, because he loved them, too,” said Daniels’ wife. “It was such an honor. I wish everyone had fans as loyal as Charlie’s.”

“In what was an exciting, uplifting and emotional night, one of the highlights of this year’s Volunteer Jam for me was the presentation of the Pandora Billionaire Award,” Daniels’ son shared. “For an artist whose main success was when record sales were measured by Gold and Platinum albums and decades before the advent of streaming to reach that milestone, this is a real testament to dad’s legacy and to his millions of fans who continue to listen to his music. He would be honored and humbled.”

“We had an epic tribute to Charlie with an incredible lineup, and to top the great evening, Doug Gray of The Marshall Tucker Band presented Hazel and Charlie Jr. with the Pandora Billionaire Award. That’s as good as it gets,” added Daniels’ manager and friend David Corlew.