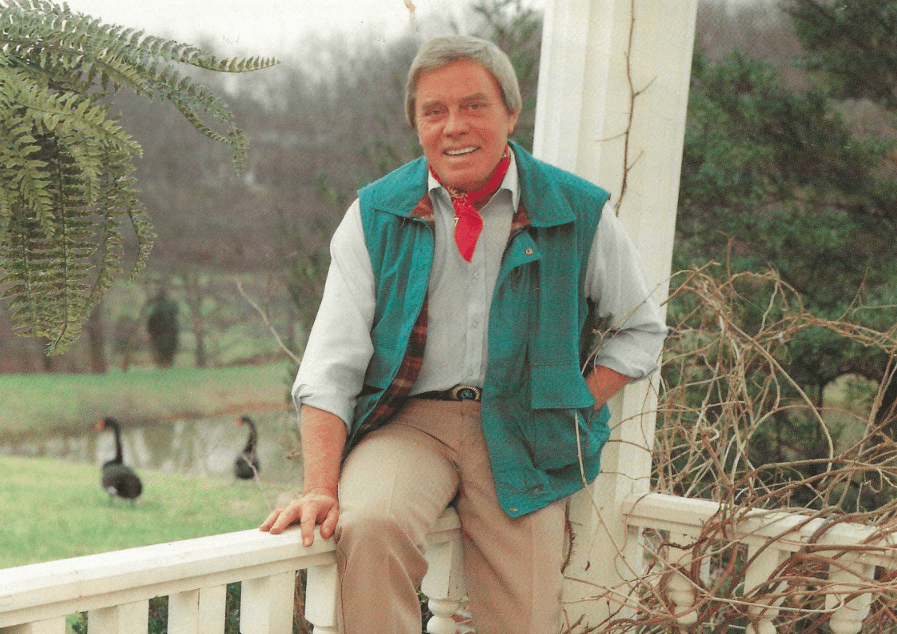 Known as “The Storyteller,” the singer-songwriter and Grand Ole Opry star passed away on Friday, according to his son Dean Hall. He had been in failing health for several years.

Tom T. Hall created such indelible songs as “Harper Valley P.T.A.” for Jeannie C. Riley, “Little Bitty” for Alan Jackson and “How I Got to Memphis” for Bobby Bare. As a recording artist, he placed more than 50 singles on the country popularity charts in 1967-87, 21 of which became top-10 hits.

The Nashville Songwriters Hall of Fame inductee was born near Olive Hill, KY in 1936. His family was poor, but the boy’s upbringing was relatively carefree. He picked up the guitar at age four and wrote his first song when he was nine.

His childhood ended at age 13 when his mother died, as did his boyhood musical hero, the latter immortalized in his 1971 hit “The Year That Clayton Delaney Died.” When he was 15, his father was shot and wounded in a hunting accident, Hall dropped out of school and went to work in a garment factory, a “sweat shop.”

He joined a local bluegrass band and began appearing on WMOR radio in Morehead, Kentucky. When his fellow musicians were drafted for the Korean War, Hall remained at the station as a disc jockey.

In 1957, he enlisted in the Army for a three-year hitch. While stationed in Germany, he earned his high-school diploma and performed in a servicemen’s country band. He impressed the G.I.’s with his original songs. His 1970 hit “Salute to a Switchblade” was inspired during this time.

Back in civilian life, he resumed work as a D.J. and attended college in Virginia on the G.I. Bill. An acquaintance sent his songs to Nashville, where Newkeys Music signed him to a songwriting contract. The company’s co-founder Jimmy C. Newman turned Hall’s “D.J. For a Day” into a top-10 country hit in 1963. On Jan. 1, 1964, Tom T. Hall moved to Music City with $46 and a guitar.

Mercury Records signed Tom T. Hall as a recording artist, and he debuted on the country charts with the top-40 hit “I Washed My Face in the Morning Dew” in 1967. During that same year, fellow Mercury artist Margie Singleton asked him to write her a song. She was out of town when he finished it, so newcomer Jeannie C. Riley was pitched the tune. Her version of “Harper Valley P.T.A.” was recorded on a Friday night in 1968. By Saturday afternoon, radio stations were playing it. By the close of the following week, factories were shipping the singles to stores as fast as they could press them.

With songs like these, Tom T. Hall vaulted to the front ranks of Nashville songwriters. Along with Kris Kristofferson, Mickey Newbury, Dolly Parton and a handful of others, he transformed country songwriting, taking the artform to new levels of insight and sensitivity.

Bobby Bare scored with Hall’s “(Margie’s At) The Lincoln Park Inn,” “The Town That Broke My Heart” and “How I Got to Memphis” in 1968-70. The last-named became a perennial favorite, thanks to recordings by Buddy Miller, Rosanne Cash, Solomon Burke, Eric Church, Ronnie Dunn, The Avett Brothers, Kelly Willis, Lee Hazelwood and Deryl Dodd, among others.

As a recording artist, Hall’s next No. 1 hits were 1971’s “The Year That Clayton Delaney Died” plus 1973’s “(Old Dogs, Children and) Watermelon Wine” and “I Love.” They opened the floodgates for a string of top-10 smashes, including “Ravishing Ruby,” “County Is,” “I Like Beer,” “Faster Horses,” “Fox on the Run” and “Your Man Loves You Honey.” All were produced by legendary session guitarist Jerry Kennedy.

Despite the hit records, he insisted he wasn’t a “star.” Nevertheless, he was the TV host of the nationally syndicated Pop Goes the Country (1980-83), the longtime commercial spokesman for Tyson Chicken and Chevy Trucks, a guest on the top variety and talk shows and an inductee into the Opry cast.

And despite being something of a “loner” in Nashville, he discovered Johnny Rodriguez and brought him to town. He championed songwriter Billy Joe Shaver by recording “Old Five and Dimers Like Me” and “Willy the Wandering Gypsy and Me.” He teamed with Earl Scruggs on a 1982 LP that introduced the future Alabama No. 1 hit “Song of the South.” He sang with Johnny Cash on his 1988 composition “The Last of the Drifters.”

Hall returned to Mercury Records in the mid-1980s and recorded a series of albums in rural Florida in the following decade. One song from these sessions was “Little Bitty,” which became a No. 1 hit for Alan Jackson in 1996.

Storyteller, Poet, Philosopher was issued as the Tom T. Hall boxed set in 1995. The title reflects the literary bent that underlies his music. He published six books, including the novel The Laughing Man of Woodmont Cove, a short-story collection titled The Acts of Life and the autobiographical The Storyteller’s Nashville.

He was inducted into the Country Music Hall of Fame in 2008. He was presented with a BMI Icon award three years later.

In 1968, Tom T. Hall married song lyricist and former Music City News journalist Dixie Dean (1934-2015). Born in England as Iris Violet May Lawrence, she blossomed as his song collaborator in the 1990s. Separately and together, they enjoyed more than 500 bluegrass recordings of their songs.

Hall had grown up playing bluegrass and dedicated his 1976 LP The Magnificent Music Machine to the genre. He often opened his Toy Box Studio to bluegrass bands. Dixie formed a bluegrass song-publishing company and record label. Tom T. and Dixie Hall were inducted into the Bluegrass Music Hall of Fame in 2018.

Literary scholars have taught Tom T. Hall’s songs as poetry in university courses. More than anyone, Hall illustrated the elevation of country songwriting from a simple folk art to an expression that can plumb the depths of the soul, comment on politics, paint a vivid personality portrait, observe an emotional tumult or take a snapshot of the social world. Even decades after their creation, the best of them remain extraordinary listening experiences.

Tom T. Hall died at his home, Fox Hollow, according to his son Dean Hall, a blues-rock performer. Funeral arrangements have not been announced. 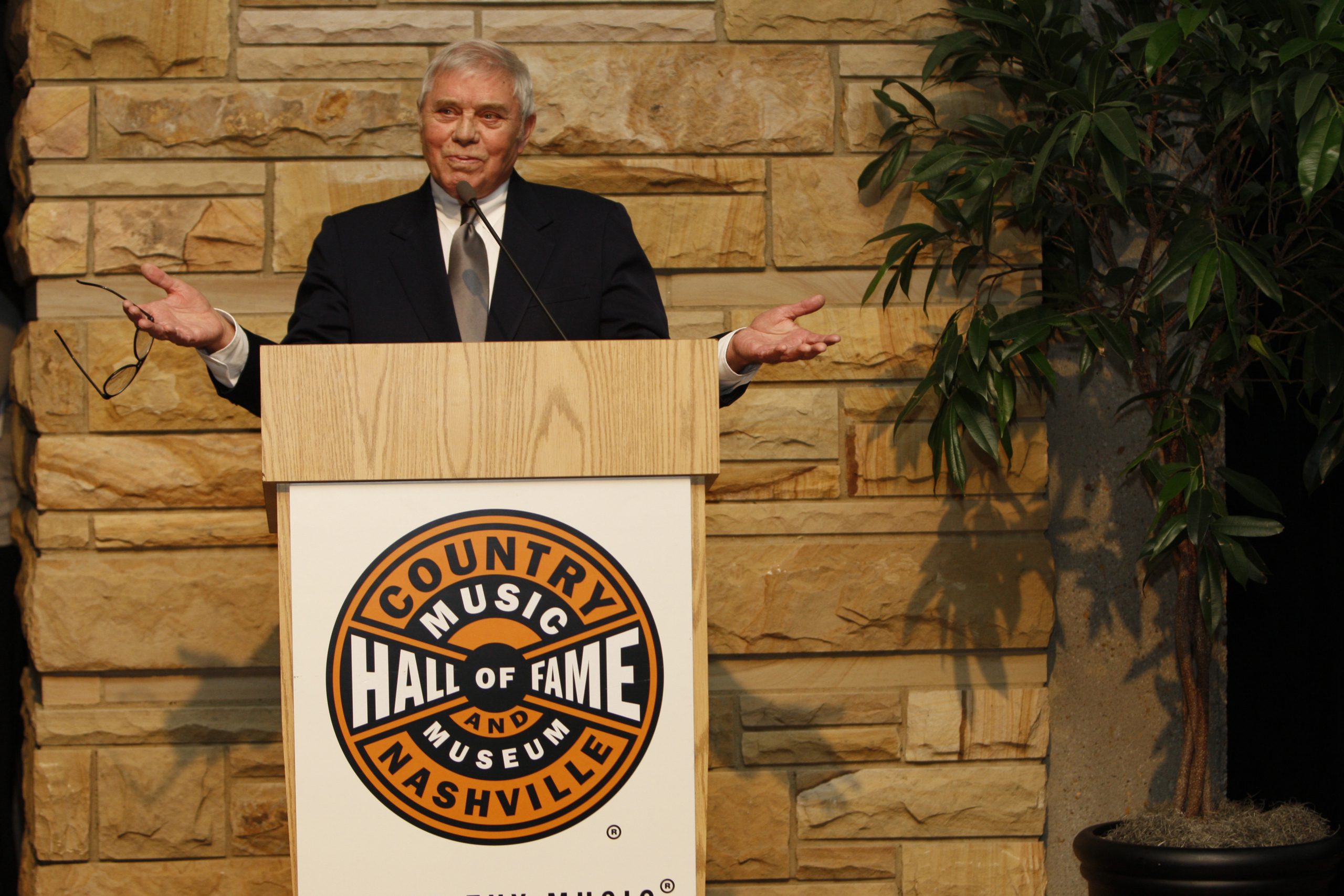 “Tom T. Hall’s masterworks vary in plot, tone and tempo, but they are bound by his ceaseless and unyielding empathy for the triumphs and losses of others,” says Kyle Young, CEO, Country Music Hall of Fame and Museum. “He wrote without judgment or anger, offering a rhyming journalism of the heart that sets his compositions apart from any other writer. His songs meant the world to Bobby Bare, Johnny Cash, George Jones and other greats, and those songs will continue to speak to generations. He was a storyteller, a philosopher, a whiskey maker, a novelist, a poet, a painter, a benefactor, a letter writer, a gift giver, a gentleman farmer and many more things. My bet is that we won’t see the likes of him again, but if we do I’ll be first in line for tickets to the show.”

“Few could tell a story like Tom T. Hall. As a singer, songwriter and instrumentalist, he was one of those triple threat artists who continued to make an impact on the next generation. I’ll always remember growing up listening to Tom T.’s music with my father, who was a huge bluegrass and country fan,” says Sarah Trahern, Country Music Association, CEO