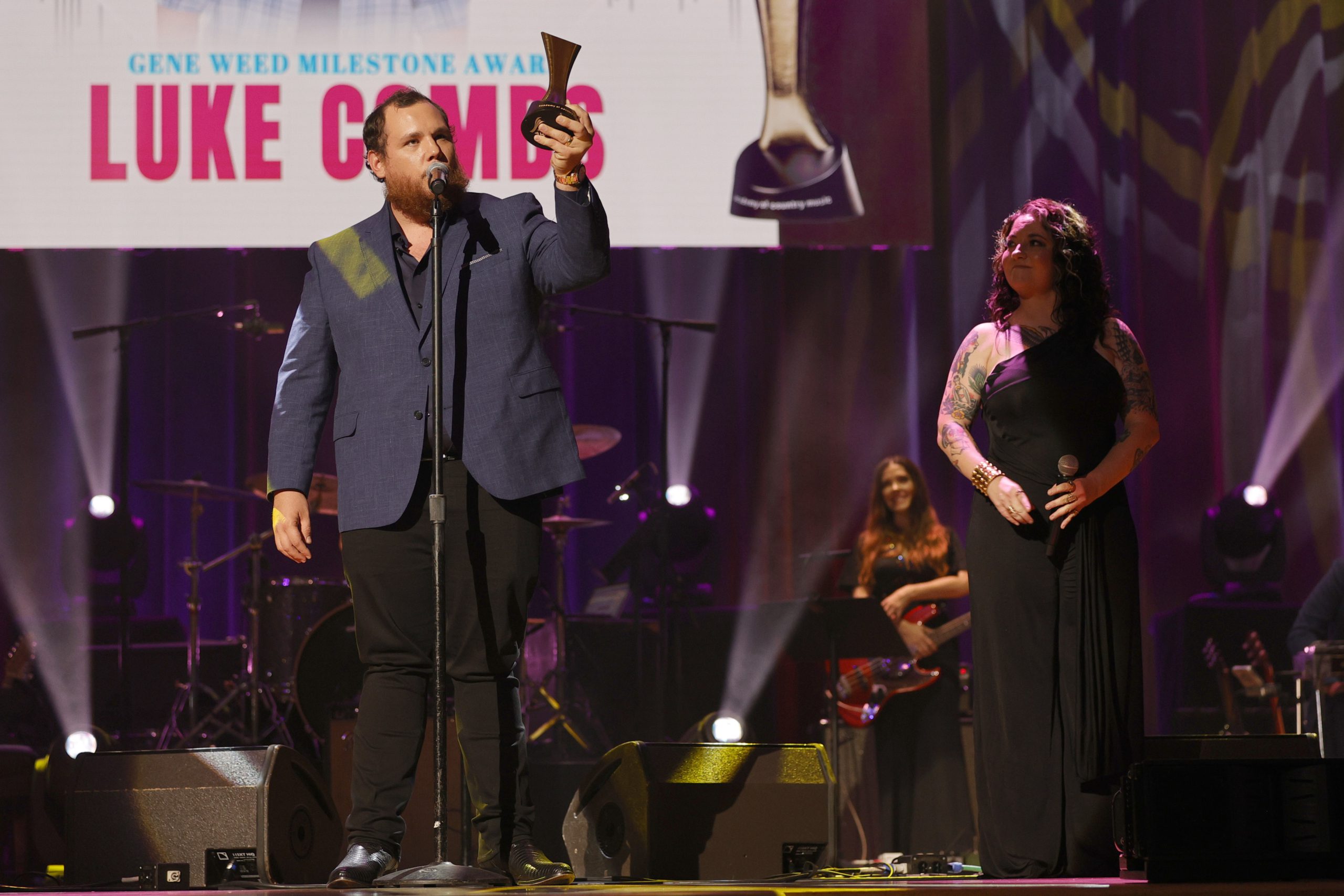 If we are all going to celebrate music together, let’s try and do it safely, shall we?

So when the fabulons gathered at the Ryman for the ACM Honors on Wednesday (Aug. 25), it was with the stipulation that we will all be vaccinated. The rest of you can feel free to infect one another. Despite the vax stipulation, some wore masks nevertheless. John Esposito, Ben Vaughn and Don Cusic were being extra careful. Other celebrants in the Ryman crowd included David Fox, Sen. Marsha Blackburn, John Zarling, Clarence Spalding, Jessica Nicholson (who has just been hired by Billboard), Katharine Richardson, Troy Putman, Katy Varney & Dave Goetz, LB Cantrell, Sherod Robertson and Paul Kingsbury. 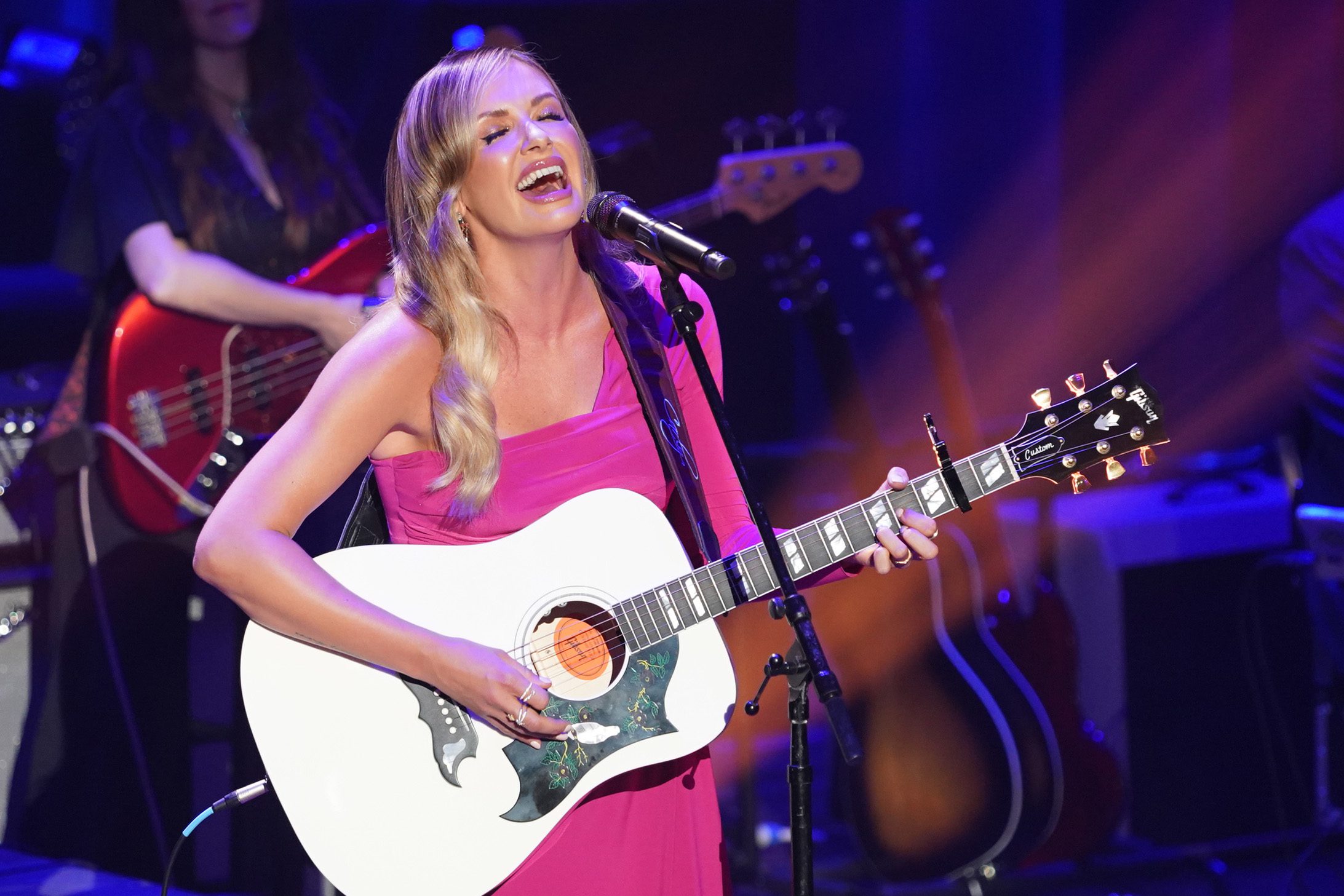 Considering that the show saluted two years’ worth of honorees and included 19 musical performances, the ACM got the job done with alacrity. Clocking in at three hours, it was quite efficient.

Following the announcements of winners Gil Cunningham and Brian O’Connell, plus the venue awards, Michael Strickland was presented with a Gene Weed Milestone Award. When the pandemic hit, he lobbied Congress for funds to shore up the crippled touring industry via the Save Our Stages part of Pres. Biden’s American Rescue Plan. 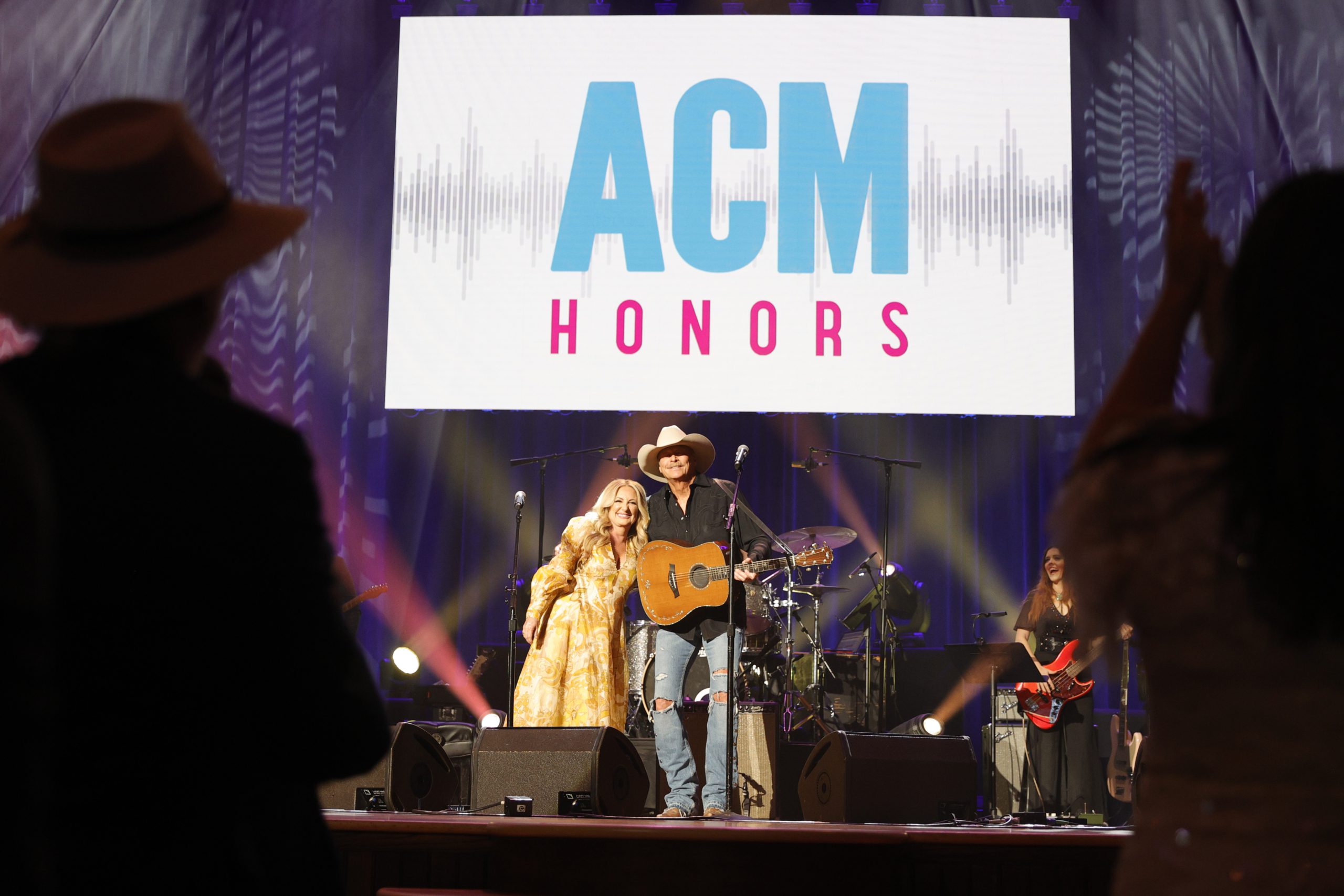 ACM show host Carly Pearce was a definite plus. She kept up a lively pace with warmth, professionalism and sincerity. The night’s first Poet’s Award went to Loretta Lynn, about whom Carly has a new song called “Dear Miss Loretta,” which she sang with country class. It earned a standing ovation. But then, so did every performance. That’s the benefit of having the hall full of fans to offset the jaded industry attendees. On the downside, fans sometimes enthusiastically shouted inappropriate and/or irrelevant commentary during the show.

Alan Jackson & Lee Ann Womack offered a sprightly “Louisiana Woman, Mississippi Man” in salute. Loretta accepted via an audio recording, saying, “It’s the greatest award I could get.” Hers was the first of the night’s three Poet’s Award honors. 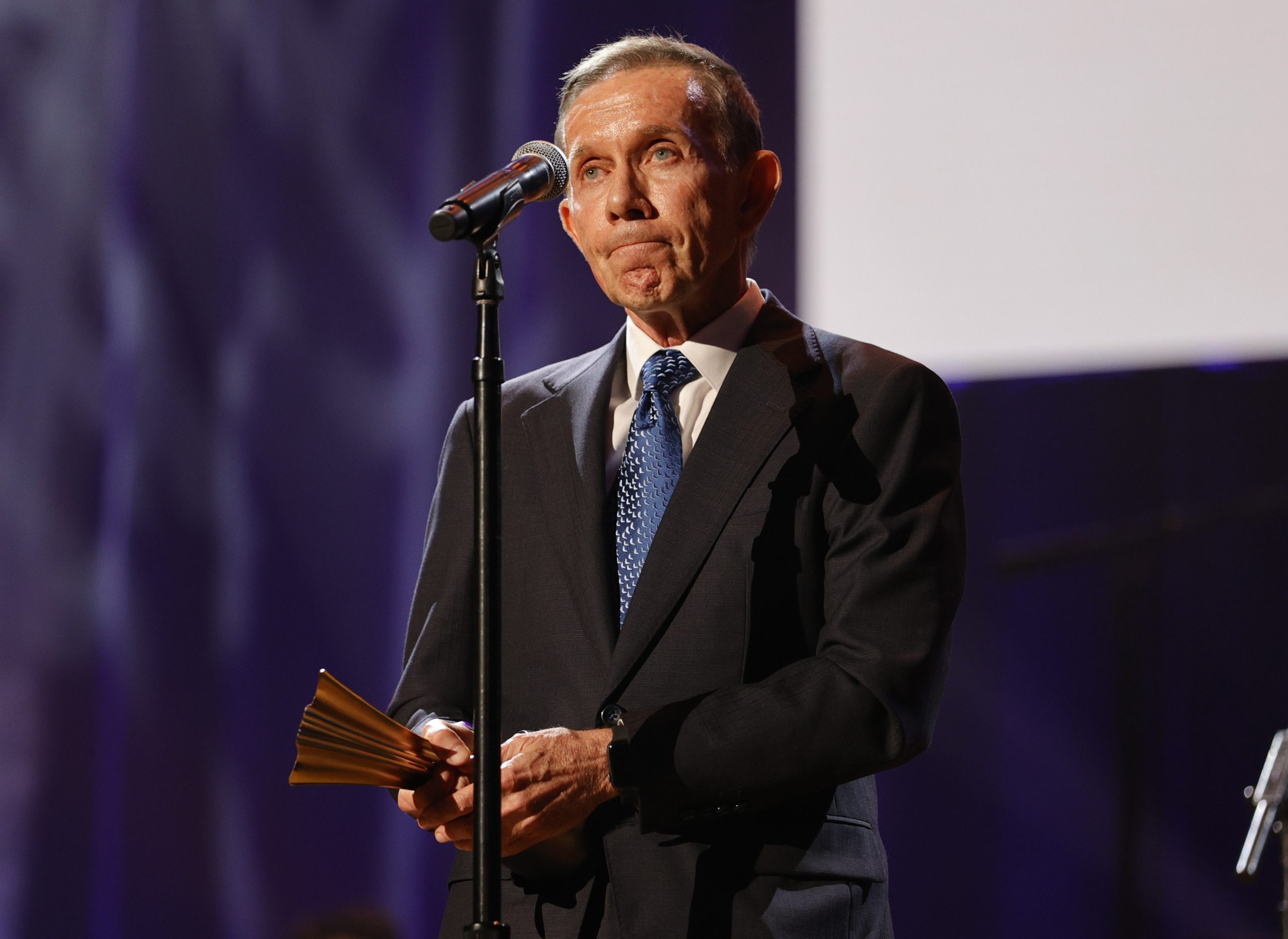 Ronnie Dunn presented the first Cliffie Stone Icon Award to Joe Galante. Still one of country’s most electrifying vocalists, Ronnie sang “There Ain’t Nothin’ ‘Bout You,” which Joe had suggested he record. “This town has given me a lot more than I deserve,” said Joe. “The people I’ve met are more than friends to me. They are my family.”

“When you’re blessed to do what you love to do, time flies,” said Joe Don Rooney during his rather long-winded acceptance. “Twenty years, snap, like that.” Added Jay DeMarcus, “Everything that’s happened has been one blessing after the next, after the next.” The absence of Gary LeVox was not explained.

Lauren Alaina presented two Songwriter of the Year awards to Hillary Lindsey, commenting on how melodic her compositions are. Then she sang the distinctly unmelodic “One Beer” with HARDY and Devin Dawson. Lindsey was not present. 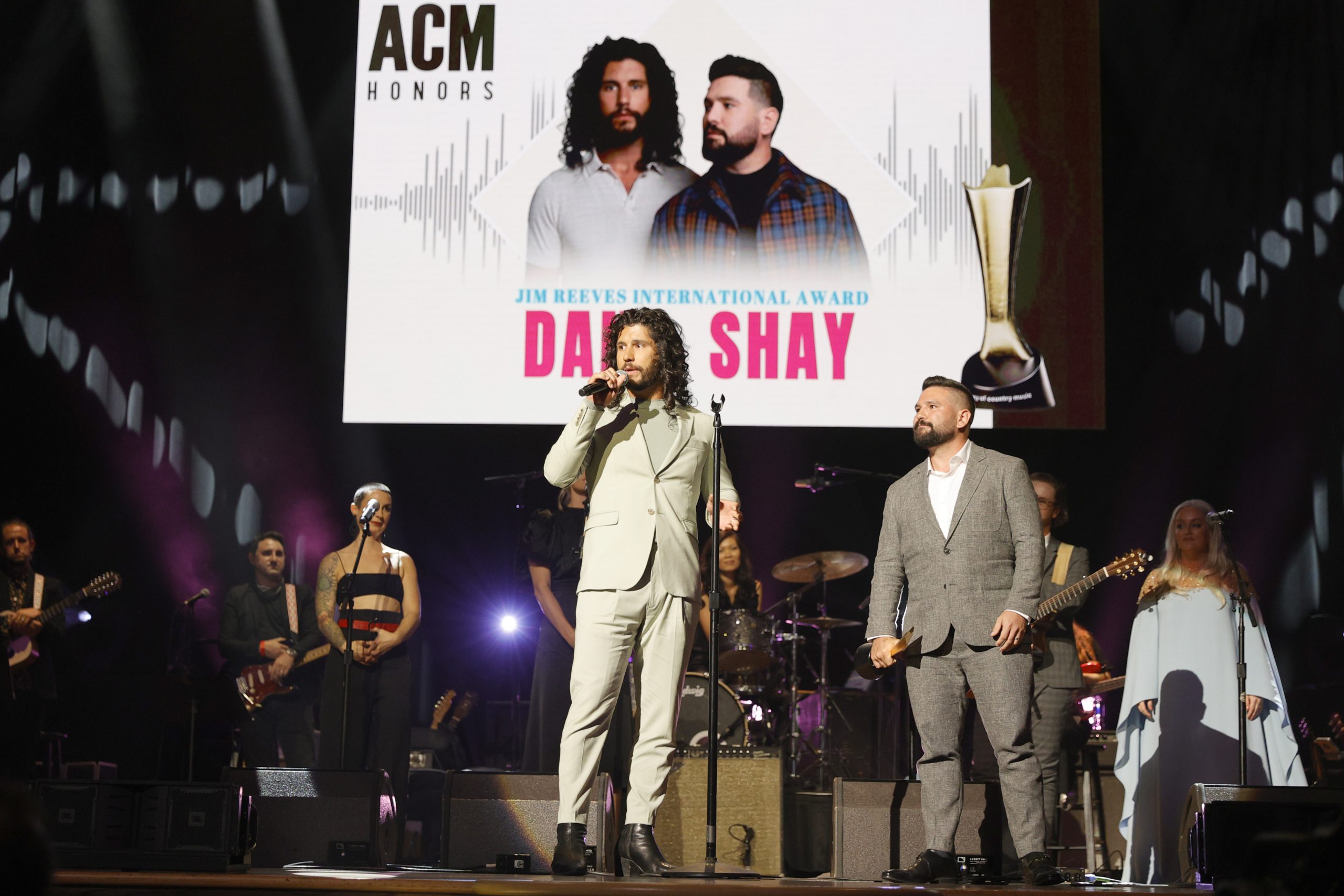 Chris Janson returned to give the second Poet’s Award to the late Curly Putman, singing “He Stopped Loving Her Today” in Curly’s honor. “His contributions will always be remembered and will play on through the years,” said Chris of Curly.

Sarah Trahern presented the Mae Boren Axton Service Award to RAC Clark. Alan and Lee Ann reappeared to perform “Murder on Music Row.” RAC related that he lobbied for that song to be performed on the first ACM Awards he produced. I’ll leave aside my misgivings about organizations giving awards to their own employees for doing the jobs they were hired to do.

The Jim Reeves International Award was given to Dan + Shay. They co-wrote their hits with Laura Veltz, Nicolle Galyon, Jordan Reynolds and Jessie Joe Dillon. Those four winningly performed “Speechless,” “Tequila” and “10,000 Hours.”

“We’re so honored to have our friends here,” commented Shay Mooney. “It all starts with you guys, our co-writers on the songs,” added Dan Smyers.

The Merle Haggard Spirit Award went to Toby Keith. This was preceded by Trace Adkins singing Toby’s hit “Love Me If You Can.” Toby was not present, but sent an audio reminiscence of his conversations and performances with the late, legendary Merle.

Carly paused the proceedings to honor Lisa Lee, the ACM’s Senior VP of Creative/Content, who passed away last Saturday. Lisa was loved by all of us who knew her, and her talents as a show producer were acutely missed during the show’s clunky video tributes and its many “dead air” moments. She died of brain cancer at age 52.

Lisa was a charming, small-town personality from Arkansas who rose to the top of her profession. Ashley McBryde sang “Girl Goin’ Nowhere” in her honor. “What a moving performance to honor such a wonderful person,” commented Carly. 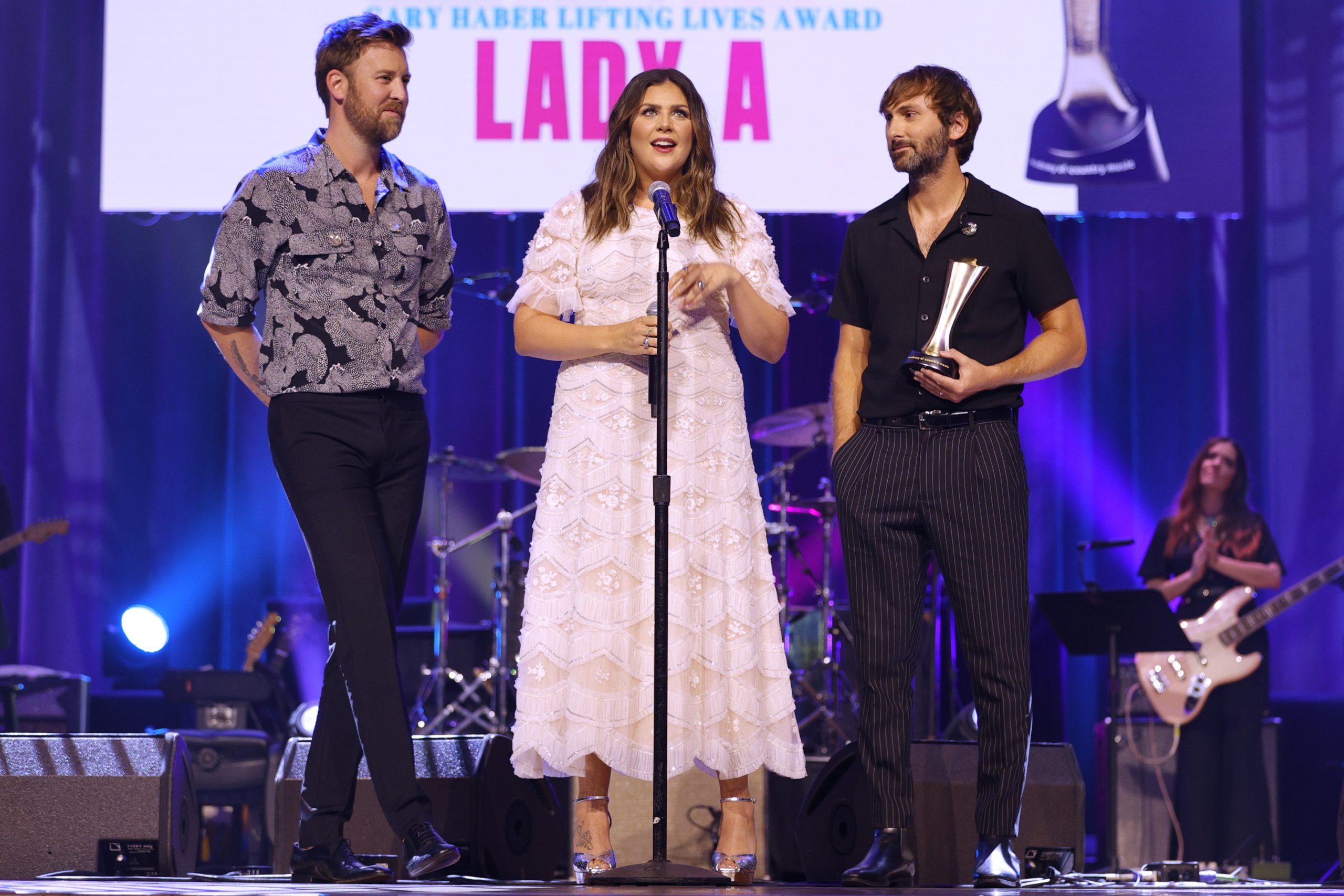 Earning the Tex Ritter Film Award was the 16-hour PBS Country Music documentary by the Ken Burns team. Ken accepted via video. Thank goodness somebody has finally talked him into cutting off his hair’s Beatle-y bangs. Hank Williams‘ grandson Sam Williams offered an emotional “I’m So Lonesome I Could Cry” as a salute to the landmark film.

ACM Lifting Lives exec Lindsay Cruz presented the first Gary Haber Lifting Lives award to Lady A. The group sang a splendidly harmonized rendition of “What a Song Can Do.”

“We are so honored and humbled it’s unbelievable,” said the group’s Hillary Scott. “We are always looking for ways to give back.” 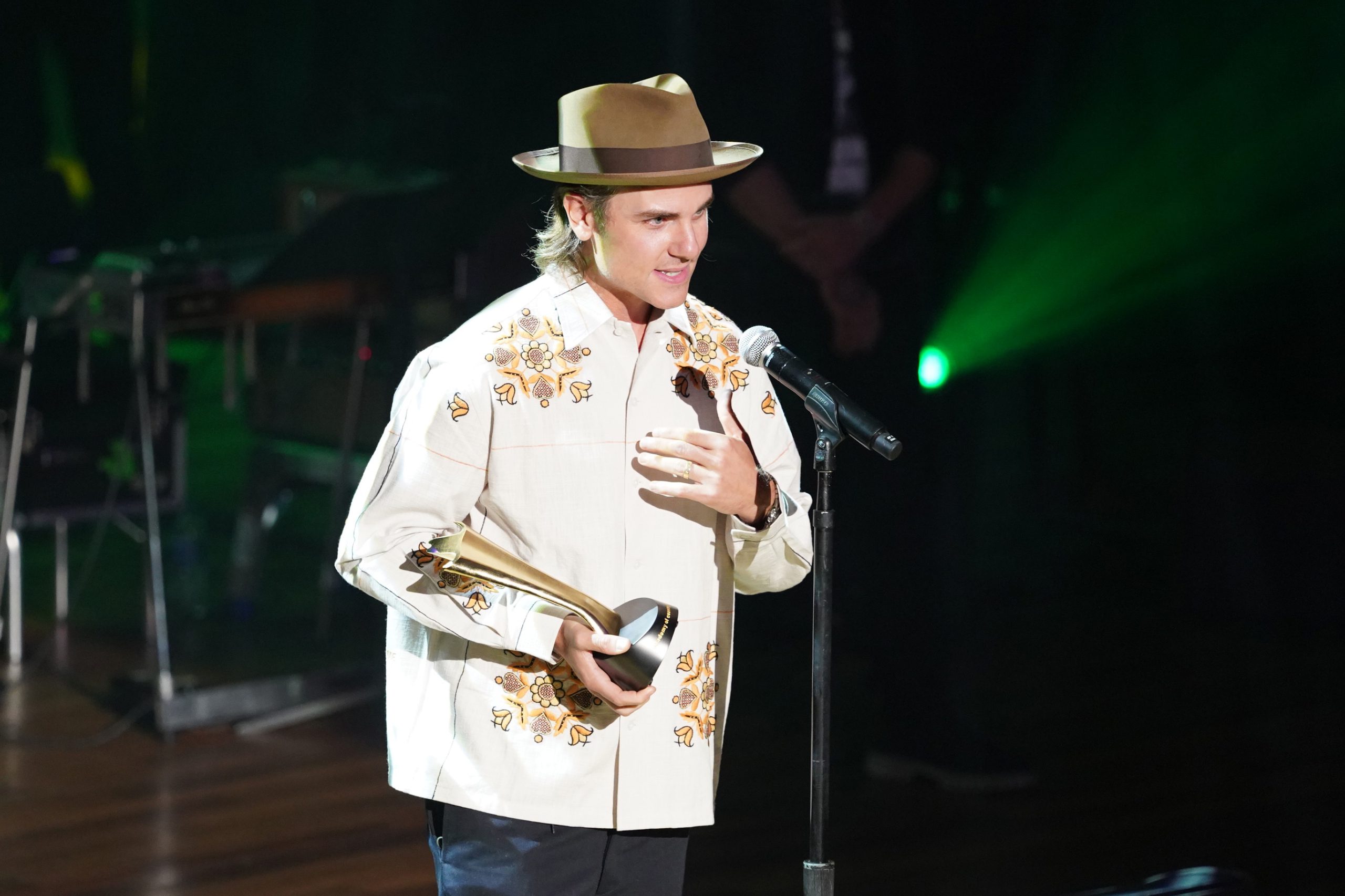 Added bandmate Charles Kelley, “When you come into this world of country music, it’s part of the job: You give back.” Amen, brother.

The second Gary Haber Lifting Lives award went to Ross Copperman, whom Keith Urban dubbed, “Mr. Positivity.” Keith performed “John Cougar, John Deere, John 3:16,” which Ross co-wrote. “I would not be on this stage were it not for Lisa Lee lifting me up,” said Ross.

The third Poet’s Award went to Gretchen Peters. Making her debut on the Ryman stage was Brittney Spencer. She sang a slowed-down, impassioned version of Gretchen’s “Independence Day” and brought down the house.

“I was a fool to think I wouldn’t cry,” said Gretchen. “Brittney, that was so moving. I am so proud to receive this alongside Loretta and Curly Putman. Songwriting is a calling. At their best, songs are empathy machines. The world needs love and empathy more than it ever has right now. We need our Poets.” 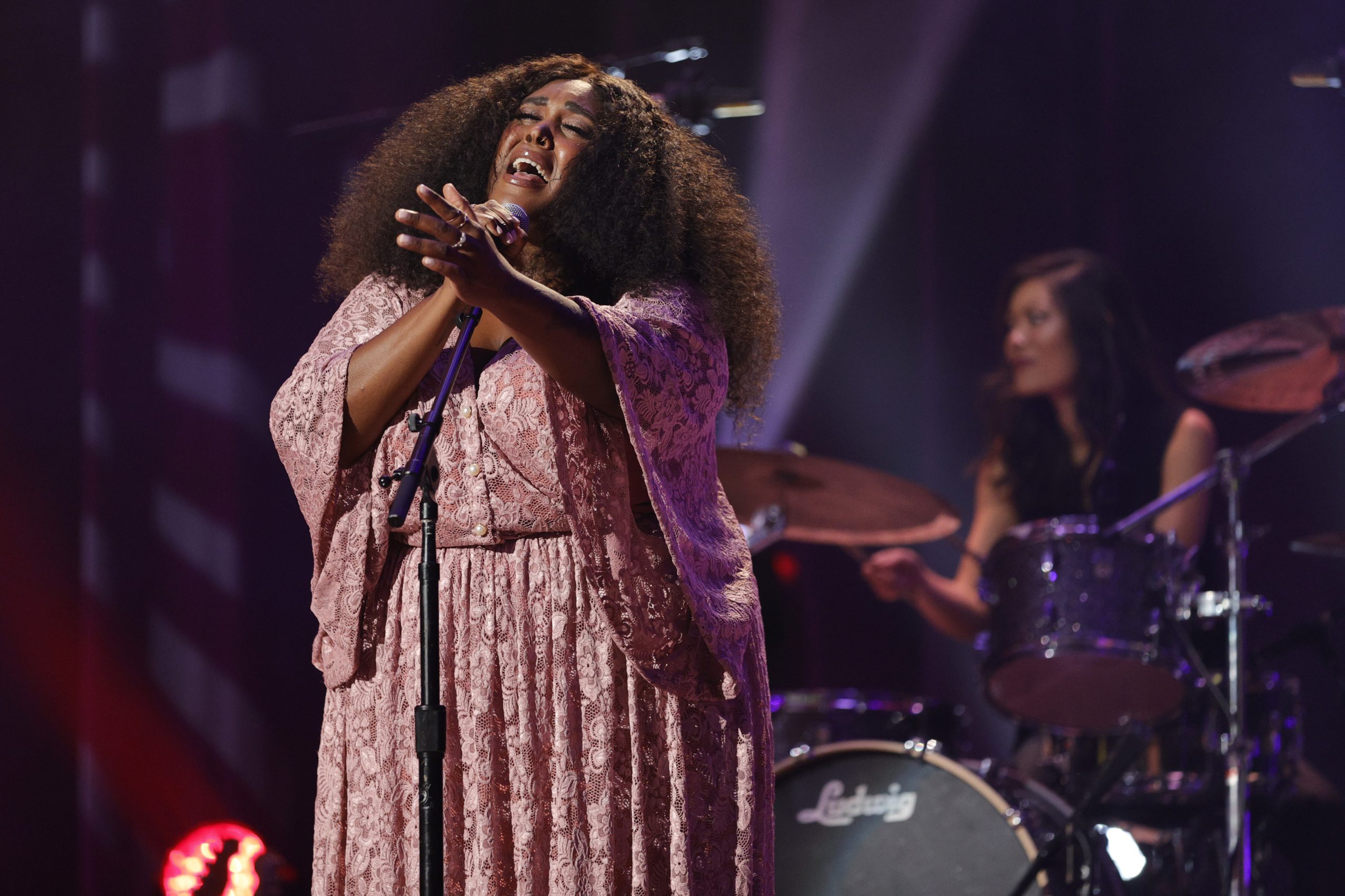 The Gene Weed Milestone Award was presented to Luke Combs by Ashley McBryde. She sang “She Got the Best of Me.” That song is one of the 11 consecutive debut singles by Luke that have gone to No. 1, an unprecedented accomplishment.

“Here I am: I cannot believe this,” said Luke. “I’m 31 years old, and I just had my 11th No. 1 song. The reason all of us get to do what we love to do is because of you. Everybody in this room, I love you. There’s a helluva lot more country music in this boy,” added the Everyman entertainer.