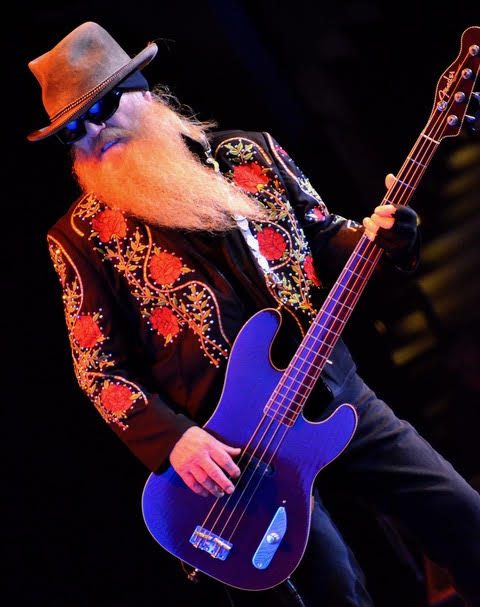 Joseph Michael “Dusty” Hill, bassist of legendary rock group ZZ Top, passed away in his sleep at home in Houston, Texas on July 27. He was 72.

Born in Dallas, Hill, his brother Rocky, and future ZZ Top member Frank Beard got their start playing in local Dallas bands the Warlocks, the Cellar Dwellers, and American Blues. In 1968, the band relocated to Houston where Rocky left the band and Dusty and Beard joined guitarist/vocalist Billy Gibbons in ZZ Top, just after they released their first single in 1969. Playing bass and keyboards in the band, Hill also provided vocals as well, and sang lead on “Tush,” the band’s first Top 20 hit and one of its most popular songs.

ZZ Top racked up dozens of hits through the decades and packed arenas with their hard-driving mix of Southern rock and blues. In the 80’s they hit pay dirt when they released a series of albums that added funky synthesizer sounds to their hard-driving guitars, yielding massive hits like “Legs,” the quintessential “Sharp-Dressed Man,” and “Gimme All Your Lovin,'” which sold 10 million copies and remained on the Billboard charts for 183 weeks.

Hill and the band were inducted into the Rock and Roll Hall of Fame in 2004. He played with ZZ Top for over 50 years until his death.

“We are saddened by the news today that our Compadre, Dusty Hill, has passed away in his sleep at home in Houston, TX,” a statement from surviving members Frank Beard and Billy Gibbons, said. “We, along with legions of ZZ Top fans around the world, will miss your steadfast presence, your good nature and enduring commitment to providing that monumental bottom to the ‘Top.’ We will forever be connected to that ‘Blues Shuffle in C.’ You will be missed greatly, amigo.”