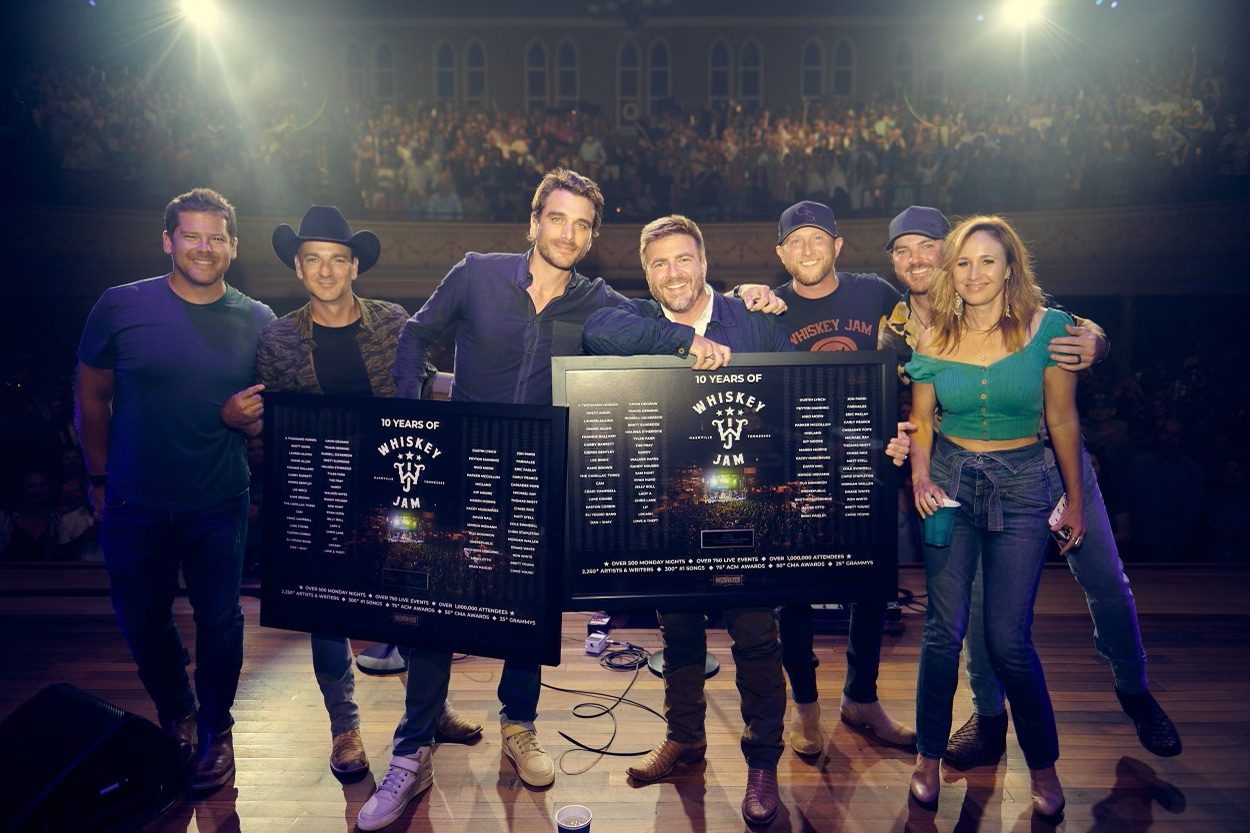 Whiskey Jam, one of Nashville’s most beloved ongoing concert series, celebrated its 10th anniversary last night (July  26) with a sold-out show at the Ryman Auditorium.

“We started Whiskey Jam over 10 years ago because the guitar-pull set-up felt stale to try and repeat. We’re fortunate to already have places like The Bluebird Café and The Grand Ole Opry, rooms like the Listening Room and Exit/In, however if you’re not able to draw a crowd to those places yet, there really wasn’t a spot that had a built-in audience of music fans each week. As songwriters, we just needed a place to get up, jam, fail or fly and then have a drink immediately after to talk or laugh about it,” says Guenther. “It’s crazy to think that this system based on the currency of time and paying it forward has carried on for 10 years as the crowds invest in the artists on their way up and get to see them when they’re huge stars and vice versa. We are so grateful for this community. We can’t wait to see how this grows in the next 10, and if last night was any indication, the artist community is ready!” 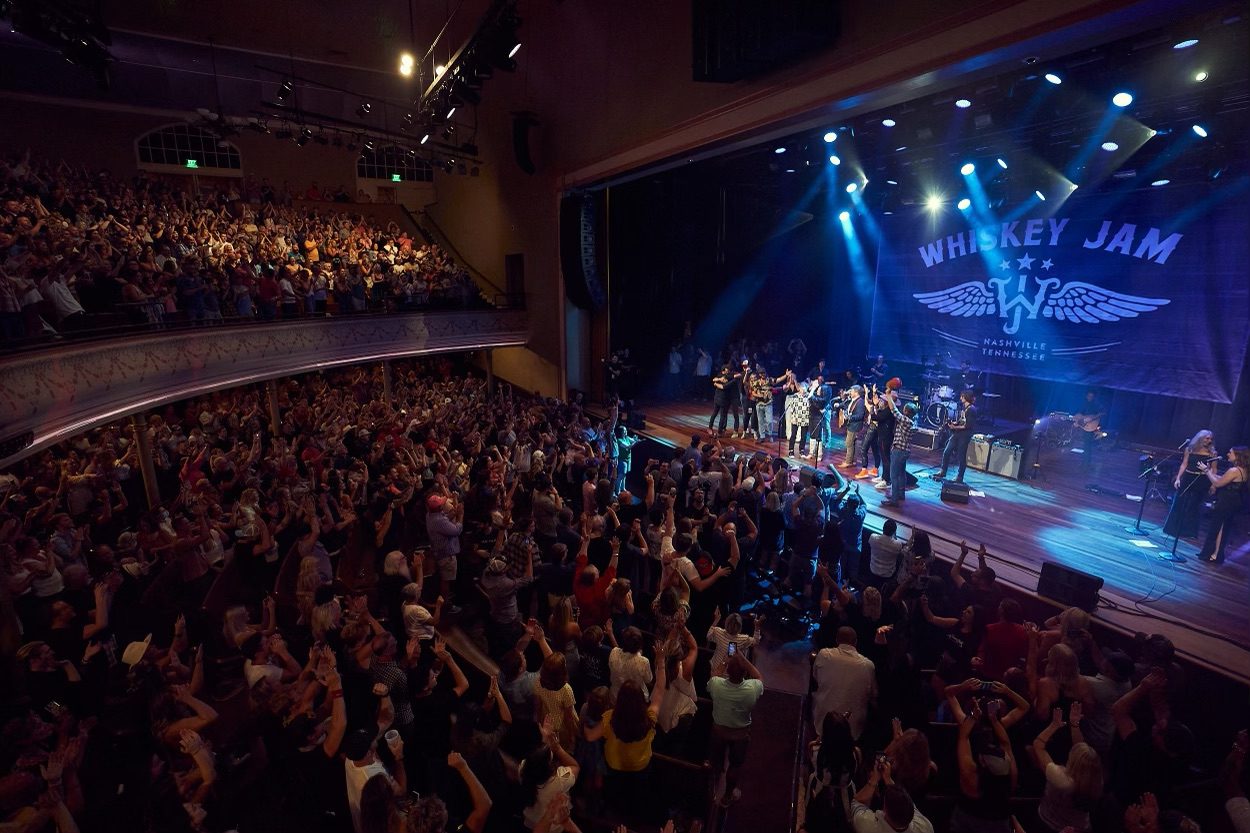 Whiskey Jam participants join Randy Travis on stage at Ryman Auditorium for a special performance of “Forever and Ever, Amen.” Photo: Jason Myers for Whiskey Jam

Proceeds from the Ryman show benefit the newly-established 501©3 Jam Fam Foundation, created to support organizations that assist musicians, songwriters and the creative community when in need. “When the tornados hit, Chris Young and Whiskey Jam helped donate over 10,000 bottles of water to the communities hit the hardest and many of those folks were fans or participants of our series,” says Guenther. “Over the course of 10 years, we’ve grown as a community-based event and so it’s only natural that we create an avenue in which to give back.”