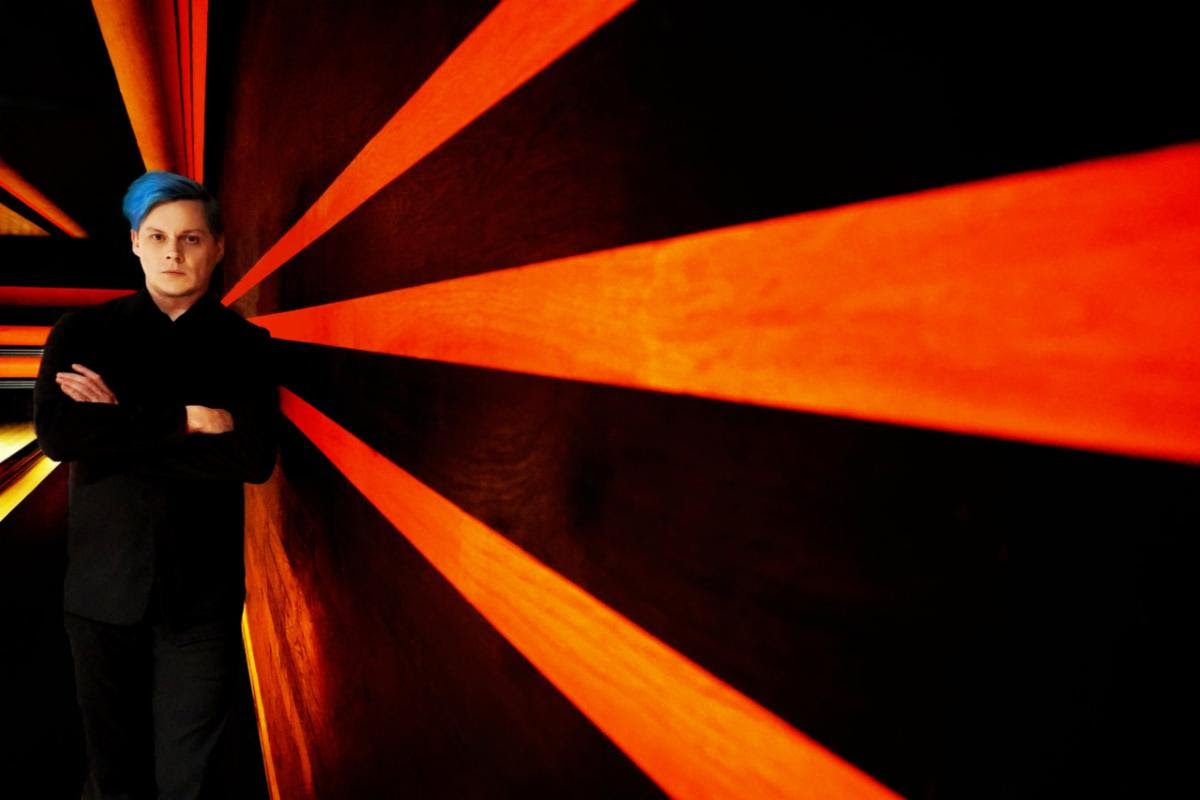 White opened his own upholstery shop, Third Man Upholstery, in 1996 which was housed in Detroit’s artist-friendly Pioneer Building. He also utilized the space to work on sculpture and songwriting before closing it in 1998. The past 20 years have seen White further exploring his design muse via myriad projects under the visionary Third Man Records umbrella.

White’s industrial design showcases his concept and design for the innovative Third Man Pressing plant and other Third Man facilities, including the first ever published interior photos of White’s famed Third Man Recording Studio, home to almost all of his recordings since its 2008 inception. Meanwhile, White’s work within interior design is showcased in Third Man Records’ shops and headquarters in Detroit and Nashville, plus his own Three Pin Alley, a professional bowling alley with bar and lounge.

A post shared by Jack White Art and Design (@jackwhiteartanddesign)

“To work with Jack White, to watch him work at anything is to witness the mind of an artist as it explores and problem solves,” says Third Man’s Ben Blackwell. “In carpentry and interior design, being in Jack’s presence during the ideation process, the hypotheticals and head tilting, can be both inspiring and maddening. There’s no reason a building needs to have acoustical tiles, tin ceilings or shiny yellow floors. But that’s not the point. The point is to make something beautiful.”

White’s furniture and upholstery work offers first-ever public views of projects including an office chair restored in 2014 for Woodland Studios owners Gillian Welch and David Rawlings; an original Sam Phillips Recording studio couch, refurbished by White at the personal request of the Phillips family; the one-of-a-kind Warrior Chair, White’s first design contribution to the showroom of the Dallas company Warstic; the Aluminum Chair Set, a series of four chairs hand stained and refinished by White during the pandemic lockdown of 2020; and the Triple 78 Chair, a very personal project for White that pays tribute to the structure of Third Man Records itself.

The graphic design section of White’s portfolio includes handmade show posters and flyers from 1997-2001, cover art spanning The White Stripes’ 1998 7” debut single, “Let’s Shake Hands,” through iconic albums and singles from The White Stripes and his own solo work, Third Man logos, and the Grammy Award-winning collections The Rise & Fall of Paramount Records: Volume One, 1917-1927 and The Rise & Fall of Paramount Records: Volume Two, 1928-1932.

White’s work with instruments and hardware include Third Man Hardware as well as custom designed guitars, drum kits, the iconic Peppermint Triple Tremolo Unit, and the Diddley Bow, a one-string, entry-level instrument constructed on-camera as the opening scene to Davis Guggenheim’s award-winning 2009 documentary It Might Get Loud.

In the realm of sculpture, White’s work sees the public premiere of a number of varied works including 1995’s “Dog House,” 1997’s “Machine Gun Fan,” a working sculpture he designed and constructed at his Detroit studio and still used today at the Third Man Upholstery studio, and 2015’s “dead” sculpture, “The Red Tree.” Additionally, his vinyl concepts showcase such innovations as the Under Label Groove, the first-ever commercially released Liquid Filled LP, the Triple Decker Record, Tri-Color Records, and the groundbreaking ULTRA LP.

His film & directing gathers numerous music videos directed by White for his solo work and his band, The Dead Weather, along with videos for Third Man recording artists The Black Belles, a technique and instrument series, promotional films, documentary looks at the famed Third Man Record booth and ULTRA LP, and short films previously only seen as projections during 2018’s Boarding House Reach world tour.