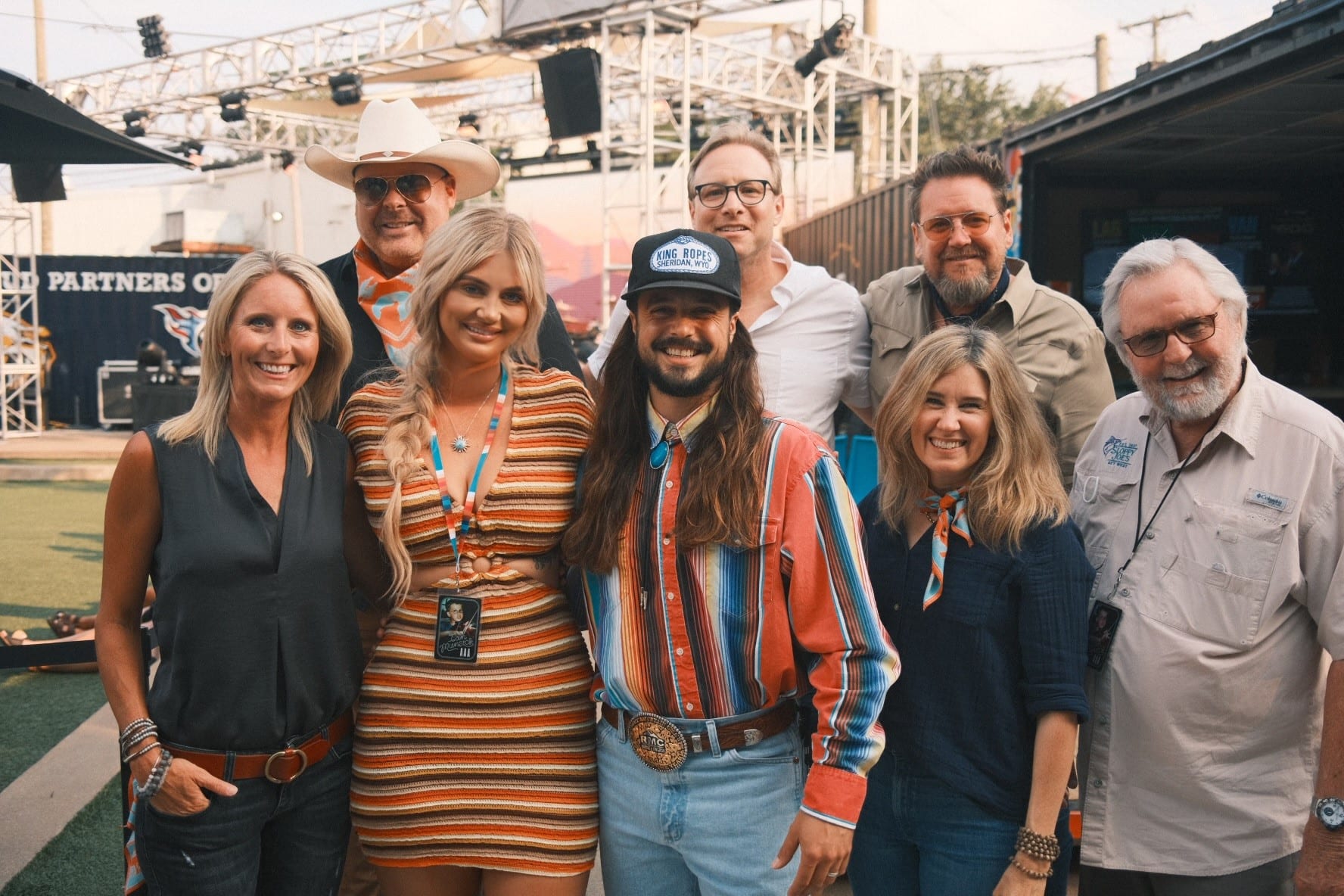 Good things come to those who wait.

That’s how the saying goes, but for Wyoming singer-songwriter Ian Munsick, it’s a life lesson. He was signed to his Nashville major-label deal mid-pandemic, and his Coyote Cry CD has been ready forever. But his first concert in Music City did not occur until Tuesday evening (July 20). That’s a long wait.

“To say this is a long time coming is an understatement,” said Cris Lacy when she introduced him to a V.I.P. crowd backstage. “There’s a lot of things that have happened that we need to catch up on. Most people here have never seen Ian live, including people at this label. So this is special.”

“You guys are about to become part of history tonight,” promised James Marsh when he introduced Ian onstage, “the first time this artist has ever played Nashville.”

The Warner Music newcomer did not disappoint. He came out howling and never let up. Ian Munsick is a tenor vocalist, which is always an uphill battle at country radio. But he already has 80 million global streams of his music. So there.

It turned out to be a long night. We got there at 5:30 PM. The headliner was preceded by feisty femme country rockers Meghan Patrick (“My First Car Was a Pickup Truck”) and Ashland Craft (“Good Ole Girls”). Ian Munsick finally took the stage at 8 PM, peppering the crowd with “Long Haul,” “Solo,” “Humble” and more.

We are told that he is at the forefront of “a musical movement,” presumably bringing something “western” to country. I don’t know about that. But he did do well.