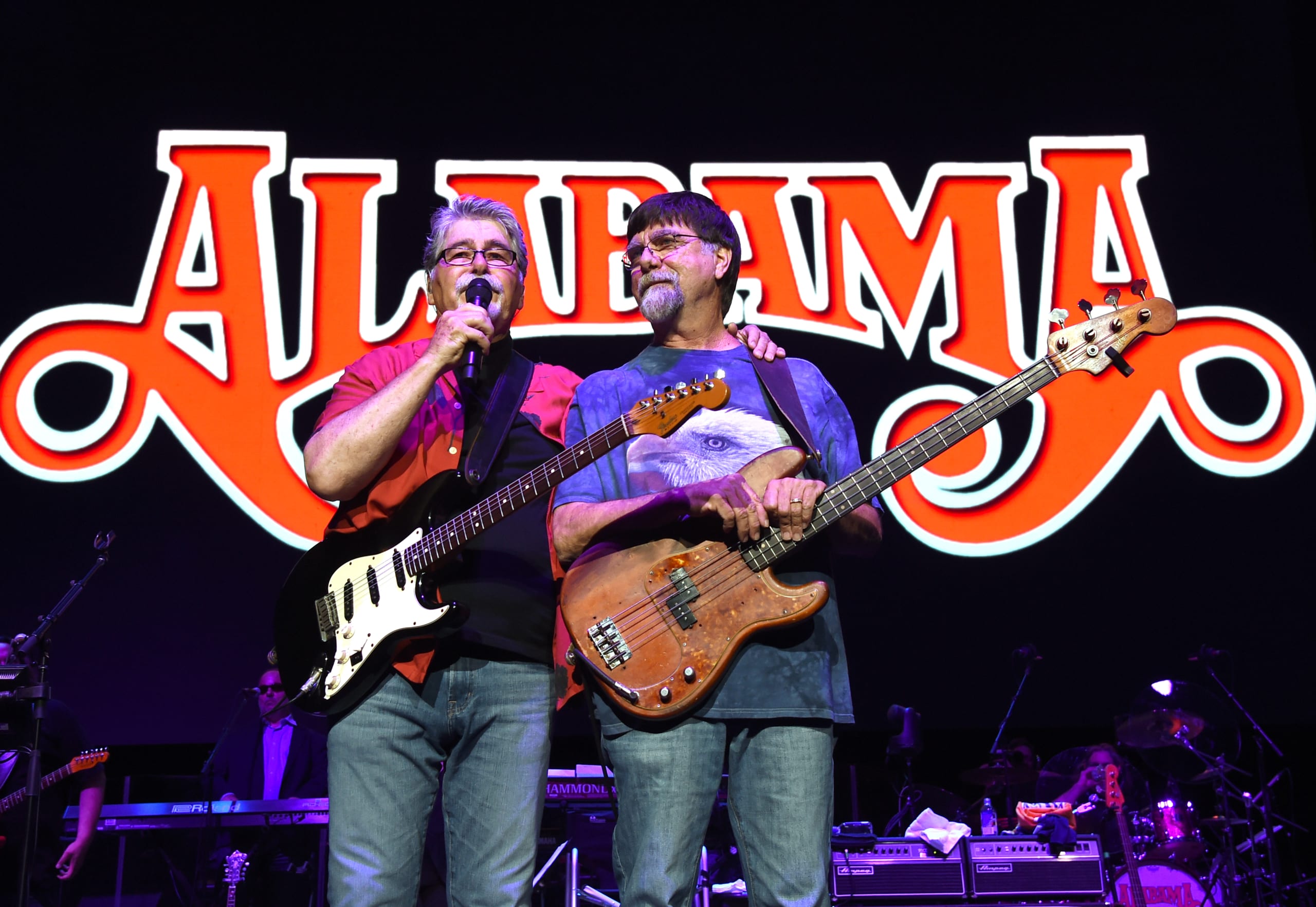 Country Music Hall of Fame members Alabama are celebrating 50 years with their anniversary tour that kicked off with two nights at Nashville’s Bridgestone Arena this weekend. It was the band’s first arena performance in Nashville in nearly two decades, and was the first full-capacity concerts held at Bridgestone Arena since the start of the pandemic in early March of 2020.

Alabama’s set was lively and homespun, like a comforting welcome back to live music at Bridgestone Arena after a long hiatus due to the pandemic. They got things started with “Pass It Down,” and transitioned into “Can’t Keep A Good Man Down.” Randy Owen and Teddy Gentry thrilled the crowd when they went into “If You’re Gonna Play in Texas (You Gotta Have a Fiddle in the Band).” Iconic country bands and fiddle players flashed up on the screens behind the 10-piece ensemble. The audience roared when the great fiddle player Charlie Daniels’ picture appeared on the screen. “If I said that we were thankful to see you,” Owen said, trailing off, looking into the crowd with awe.

Wasting no time, the band went into their 1983 hit “The Closer You Get” and 1989’s “High Cotton,” with Owen dancing along with the crowd. While the musicianship was top-notch with virtuoso players like Gordon Mote on keys and Megan Mullins on fiddle, the show’s production was simple and served as a great way to remind Nashville of its roots for its first full-capacity arena show back.

Before the band launched into their monster hit “Dixieland Delight,” Gentry said, “Every time I drive downtown, I hear it in one of [those] clubs, so they still like it.” “Thank the Lord,” Owen responded. The electrifying tune had all of Bridgestone Arena on their feet, dancing a jig. Alabama then seamlessly transitioned into “Will the Circle Be Unbroken?”

Bringing out a string section and a choir, the band played the song that has become somewhat of a theme song for St. Jude Children’s Research Hospital, “Angels Among Us.” Cell phone lighters waved in the air.

“This is an emotional night,” Owen said mid-way through Alabama’s set. “A few years ago we didn’t know if anyone cared about us anymore. Thank you for letting us share 50 years of our lives.”

“The only thing that would make this the perfect night is if our cousin Jeff Cook was here,” Gentry added. They then played a song written about Cook, whose 2017 diagnosis with Parkinson’s disease left him unable to tour with the band.

After turning on the romance for “Love In The First Degree” and “Feels So Right,” Alabama welcomed their “long lost cousin” Jake Owen on stage for “Lady Down On Love.” Owen was clad in an Alabama jacket, and stood back in awe of the iconic country band in action. 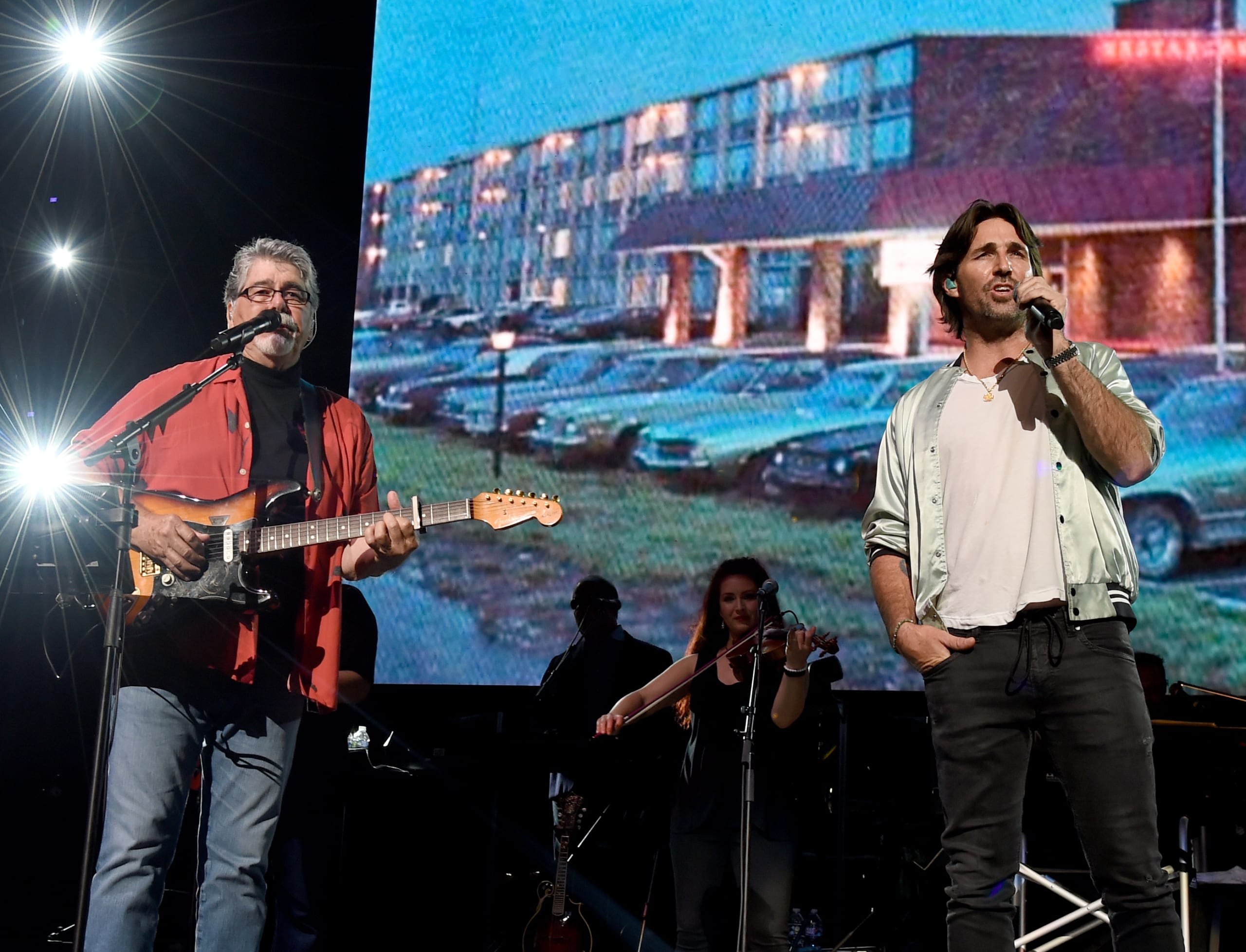 Keeping the energy alive, Alabama invited the crowd to shag to “Dancin’, Shaggin’ On The Boulevard,” and the whole arena sang along to another staple, “Mountain Music,” before the band walked offstage and the lights turned down. A relentless roar from the audience sent Alabama back out to the Bridgestone Arena stage, this time in Nashville Predators jerseys, to encore to “My Home’s In Alabama.” Beautiful photos of the bands sacred home state flashed behind the country music icons. Owen and Gentry took an emotional bow, and ended the heart-warming evening. 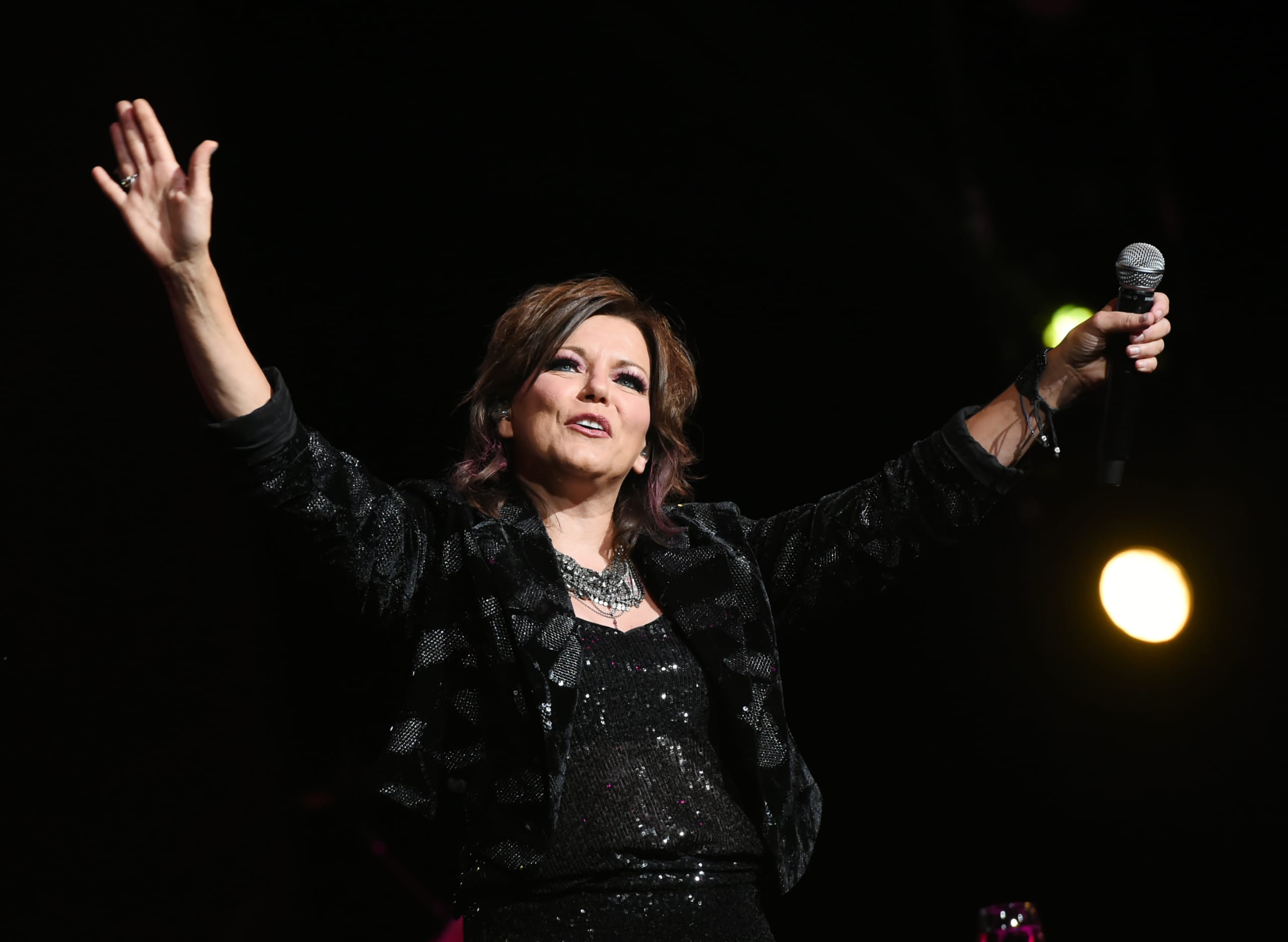 Another country great Martina McBride opened the show with her many hits and stellar voice on including “This One’s For The Girls,” “Wild Angels,” and the appropriate “Independence Day.” Alabama brought McBride back out during their set just to recognize her and tell her they loved her. It was just announced that the Country Music Hall of Fame will highlight McBride’s three-decade career with an exhibit opening at the end of July.

Alabama will continue their 50th Anniversary tour on July 23 in Wilkes-Barre, Pennsylvania with Tracy Lawrence. Click here to see all the upcoming dates.