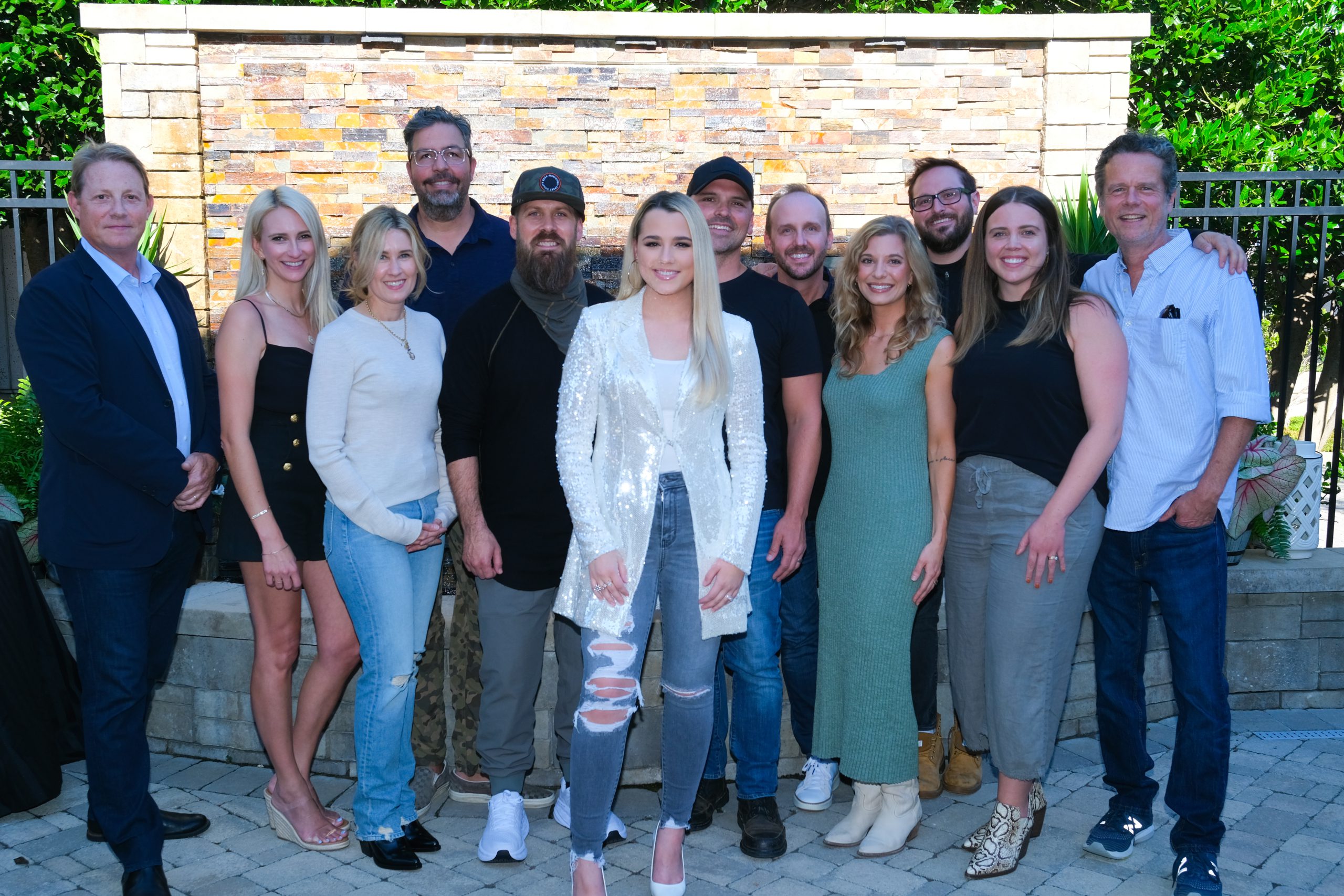 Wednesday afternoon (June 23), award-winning country artist Gabby Barrett was finally able to celebrate her two No. 1 breakout hits, “I Hope” and “The Good Ones.”

After having a colossal year of success, the 21-year-old Barrett along with her co-writers Zach Kale (BMI), Jon Nite (SESAC), Emily Landis (BMI) and Jim McCormick (BMI)  joined together on the patio at BMI for the first No. 1 party post-pandemic, hosted by BMI’s VP of Creative Clay Bradley and sponsored by Pinnacle Bank.

“The spirit of Music Row is here today, brought to us by two breakout songs written by Gabby, Zach, Jon, Jim, and Emily, published by our friends at Sony and BMG, and released by Warner Brothers Records family—our neighbors on the row,” Bradley said. “Music Row has its own ecosystem, and it’s great to see it in action again!”

“I Hope” songwriters Barrett, Kale, and Nite, first took the stage to commemorate the song’s rise to No. 1. All three co-writers are signed to Sony Music Publishing. The song marks both Barrett and Kale’s first No. ,1 and Nite’s 15th out of a total 16 to date.

Senior Director of Creative Services at SESAC Lydia Schultz congratulated Nite on another hit song. Additionally, Rusty Gaston, CEO of Sony Music Publishing Nashville, helped celebrate the night of firsts, shining a spotlight on the song, originally an independent release, being Barrett and Kale’s first No. 1, and Kale’s first No. 1 as a producer.

“What a great day for us all to gather again! There’s nothing more ‘Nashville’ than for us to gather celebrating songwriters and great songs,” Gaston shared from the stage.”Some of you have heard me say this before, but it’s an absolute miracle to get a song all the way up the chart. There are so many things that need to happen and there’s no amount of man power that can manage what it takes… In this case not just the country chart, but the pop charts and the AC charts where I think [“I Hope”] is still No. 2 this week. It takes a miracle of Biblical proportions!” 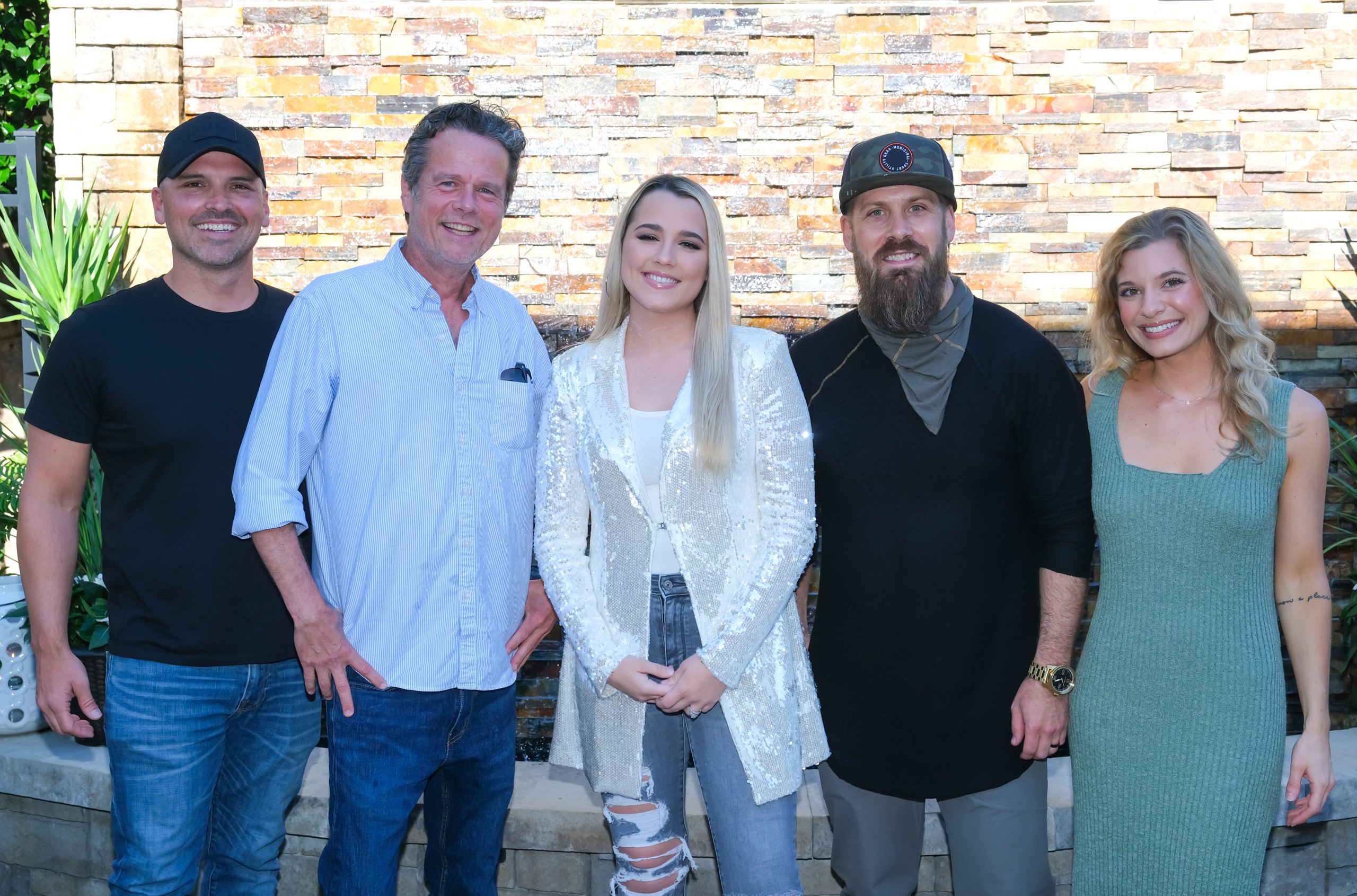 Barrett, Kale, Landis, and McCormick were recognized next for co-writing “The Good Ones.” Landis, signed to BMG, earned her first No. 1 with the track. For McCormick, signed to Sony Music Publishing, the record-breaking hit notched his third No. 1.

“I have to take a moment to thank Gabby for your commitment to this process, for coming to town and pushing me and pushing all of us to be better. We’re better as part of your team and better humans,” Lord summed. “She’s an artist with conviction. She knows who she is and what she wants. That’s a part of her and I don’t expect that to change.” 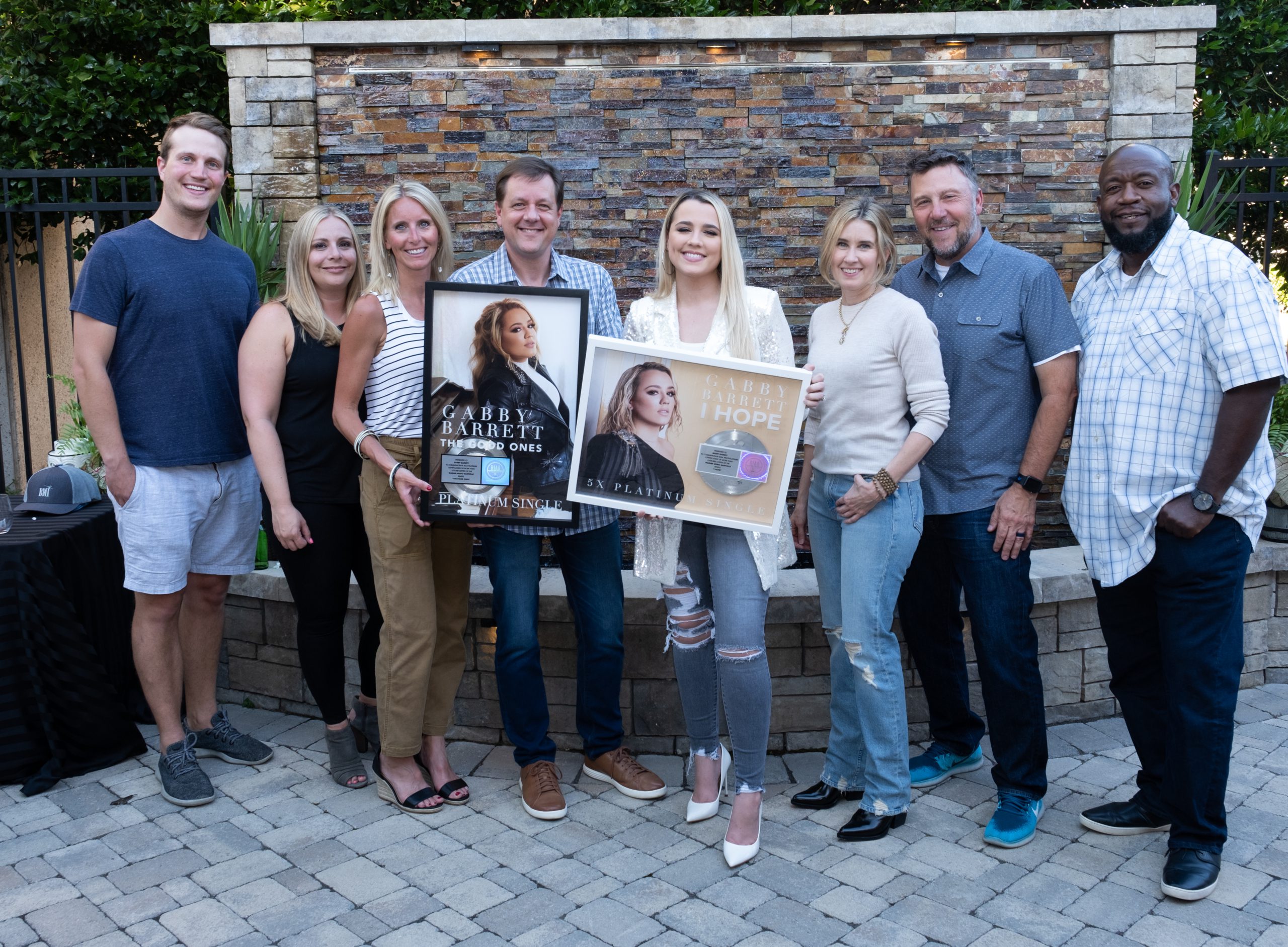 Lacy took the stage and shared a plethora of record-breaking and history making statistics for Gabby’s two releases. Among the accolades named were Barrett being the first female country artist to top 10 million single week streams at 11.3 million, and her debut album, Goldmine, earning the most first-week debut album streams of any country act in history. Barrett was also named the 2021 ACM New Female Artist of the Year and received 9 all-genre nominations at the 2021 Billboard Music Awards, taking home three wins (Top Female Artist, Top Country Song for “I Hope,” and Top Fan-Voted Collaboration for “I Hope” with Charlie Puth). She was named the 2021 iHeart Radio Music Awards Best New Country Artist, won the 2020 CMT Breakthrough Video of the Year for “I Hope,” and was named to Forbes 2021 30 Under 30 list.

Among other accomplishments, Barrett holds the top two most streamed female country songs of 2021 with “I Hope” and “The Good Ones;” she is the first solo female to take a debut single to No. 1 on country radio since 2017; and the first female to take her first two radio singles to No. 1 on the Hot Country charts, where “I Hope” reigned at the top for an impressive 27 weeks. “I Hope” was also No. 1 on Hot AC for four weeks as well as No. 25 on Billboard‘s Top 100 songs of the year. Meanwhile, “The Good Ones” was No. 1 on Billboard Airplay for three weeks, a Billboard Hot Country No. 1 for four weeks, and the winner of the 2021 CMT Female Video of the Year.

To cap off the night’s event, Barrett took the stage to give her own special thanks to her team, songwriters, producer, family, industry colleagues, supporters, and God, who have helped shoulder her throughout the last two years of her journey.

“Everyone has been so unbelievably supportive and kind to me since I’ve been in Nashville,” said Barrett. “I really have to thank the Lord Jesus above for his graciousness, for shedding his blood for me and allowing me to do this as a job. It’s unbelievable and it’s more than I deserve.

“It takes a village! So many people have made my life here,” summed Barrett. “I’m so excited to be making country music in this generation right now, so thank you very much.”