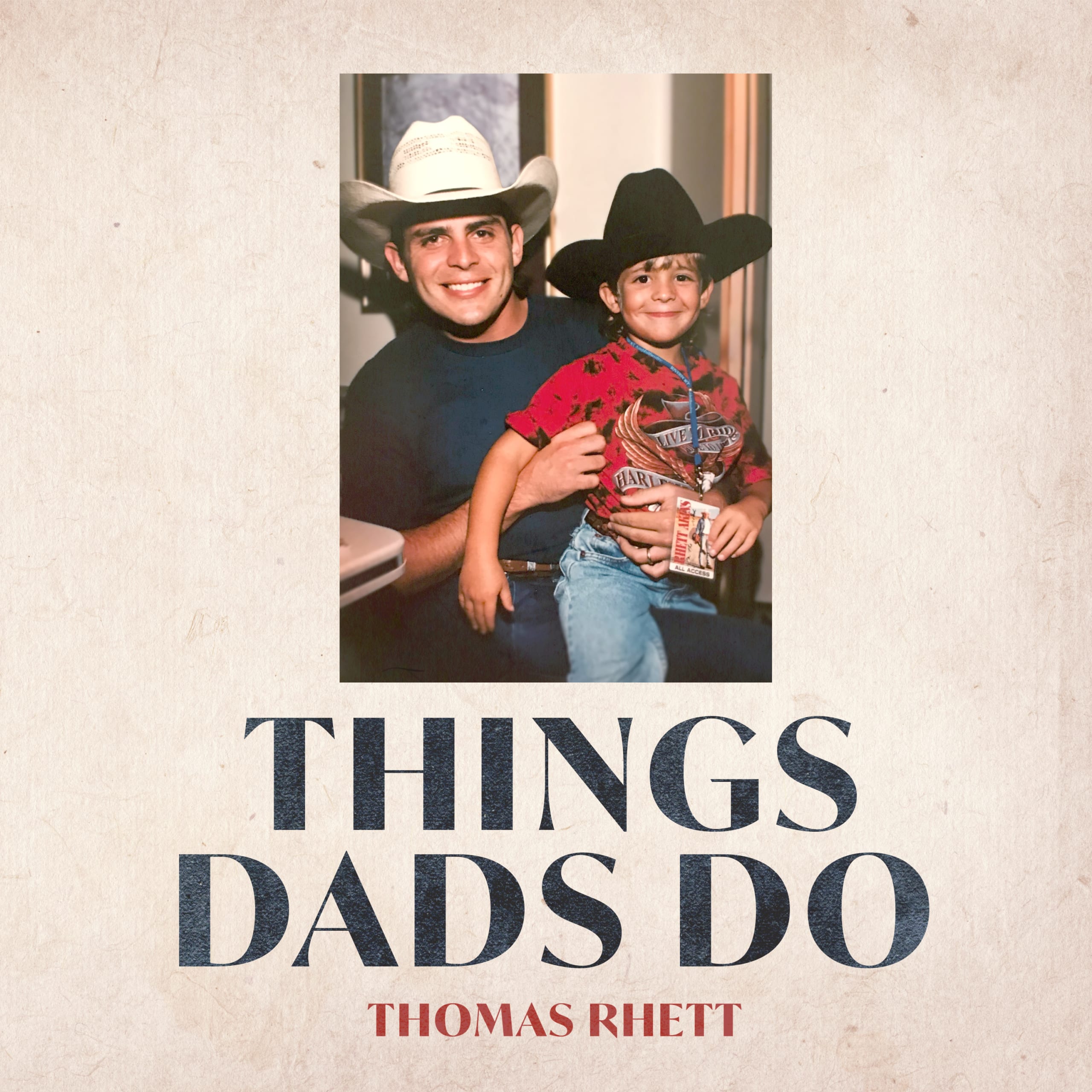 Country music can rock you, touch your heart, or tickle your funny bone, and all three of those are in today’s DisClaimer.

You wanna rock? Let Shy Carter and his buddies show you how. If sentiment is what you crave, settle in with Pryor & Lee. As for humor, may I introduce you to today’s goofy DisCovery Award winner, Toby T. Swift?

My dad has been gone for several years, but Thomas Rhett’s is still very much with us. In fact, they played the Opry together last weekend. So as a sweet salute to Father’s Day, play his Disc of the Day winner, “Things Dads Do.”

DIRT REYNOLDS / “Battleship Chains”
Writers: none listed; Producer: Ryan Dishen; Label: Ditto
— This is a Nashville country-rock band. The song is a Georgia Satellites goldie. It rocks, but could use some production polish.

CHRIS YOUNG / “Rescue Me”
Writers: Matt McGinn/Chris Young/Christian Stalnecker/Josh Hoge/Mark Holman; Producer: Chris Young/Mark Holman; Label: RCA Nashville
— I’m not sure I understand the reasoning behind taking a singer this strong and doubling the vocal track, but the sound is intriguingly “different” for him. The ballad pleads for her hand in a novel way. Toward the end, we do get to hear his vocal phrasing unadorned by production. I remain a fan.

PRYOR & LEE / “Good Ol’ Dogs & God”
Writers: Adam Wood/Doug Johnson/Elvie Shane/Trent Fisher; Producer: Doug Johnson; Label: Black River
— Pryor Baird and Kaleb Lee are dog lovers. Next Wednesday (June 23), they are doing a virtual concert for 130 animal-rescue organizations nationwide in conjunction with this single release. The gist of the ballad’s dobro-laced lyric is unconditional love, which is what you can count on from both your dog and your God. “Best friends, amen,” they sing. These two singers were roommates when they competed individually on The Voice. As a duo, they pack a punch.

LUKAS NELSON & PROMISE OF THE REAL / “Perennial Bloom”
Writers: Lukas Nelson; Producer: Dave Cobb; Label: Fantasy
— This jangly country rocker is the single from the band’s new album, A Few Stars Apart. The record’s release party is at the Basement East on Wednesday (June 23). Lukas has papa Willie’s high, reedy tenor tone, but with a tougher edge. And he seems to be gaining strength with each new release. Americana programmers also take note.

GABBY BARRETT / “Footprints On The Moon”
Writers: Gabby Barrett/Jon Nite/Zach Kale; Producer: Ross Copperman/Zach Kale; Label: Warner Music Nashville
— This uber-produced, empowering, pop-rock banger says that anything is possible for you. After all, there are human footprints on the moon. Gabby goes for a three-peat.

TOBY T. SWIFT / “Cicada Love Call”
Writers: Toby T. Swift; Producer: none listed; Label: TTS
— Totally dumb and totally hilarious. He compares an ex-wife to a 17-year cicada who has come back to bug him. I love his oafish delivery as well as his flat-footed melody. Ya gotta love the lyric. Essential listening.

JASON ALDEAN / “Heaven”
Writers: Bryan Adams/Jim Vallance; Producer: none listed; Label: BBR
— Aldean has been singing this classic Bryan Adams ballad in his concerts for years. Now the studio version is an Amazon exclusive. It’s a reminder that he really can sing, which isn’t always evident in his rock-’em-sock-’em performances.

SHY CARTER, COLE SWINDELL, DAVID LEE MURPHY / “Beer With My Friends”
Writers: none listed; Producer: none listed; Label: Warner Music Nashville
— It’s a rowdy, shout-along, gang performance of a barroom banger that sounds exactly like a party. Raise a glass, turn it up and sing with them.