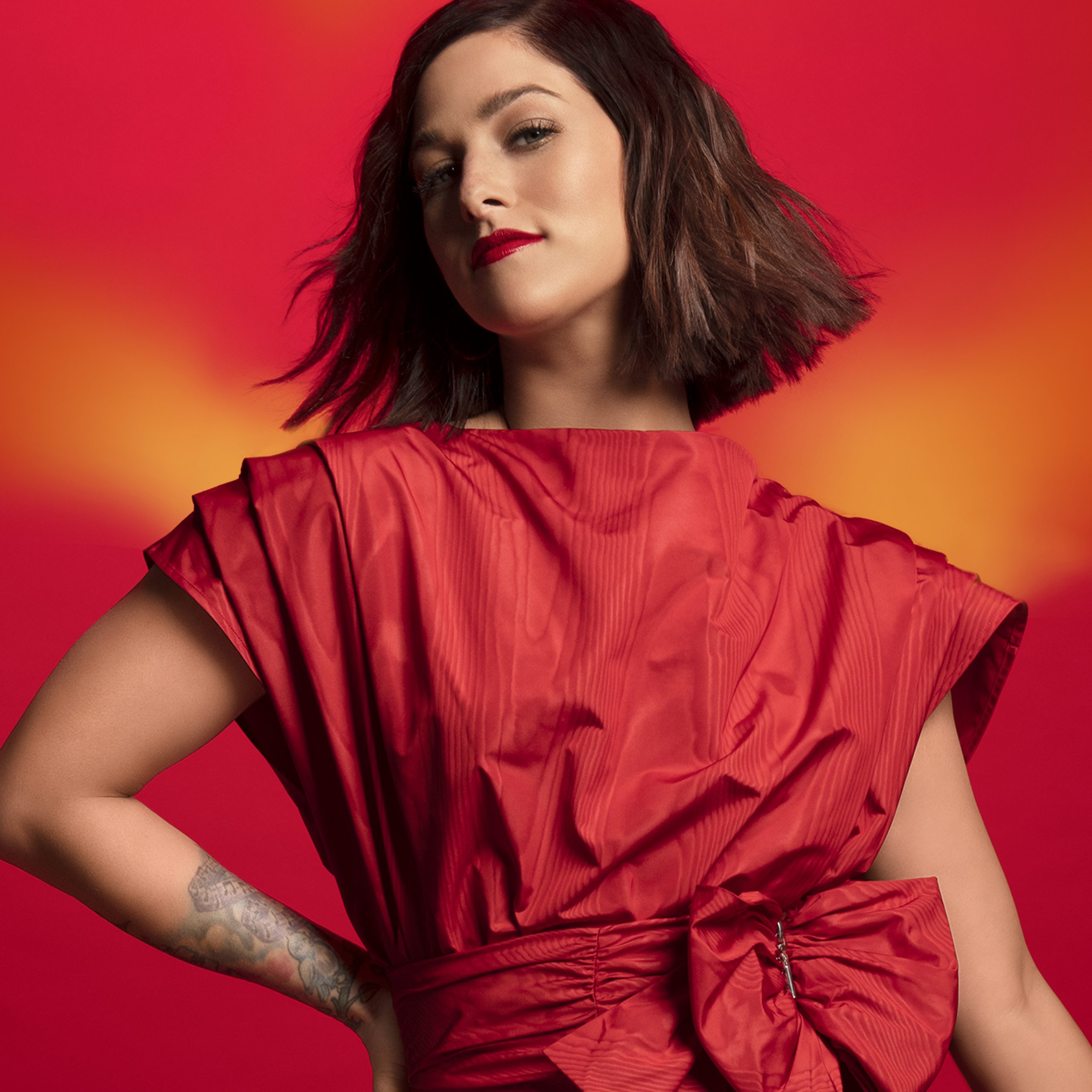 Singer-songwriter Cassadee Pope is back with new music that speaks to her musical past, present and future. Her brand new single “What The Stars See” serves as a sneak peek into her new project due out later this fall, distributed through The Orchard.

“COVID forced everyone to just be still, think and reflect. Obviously, when you’re reflecting you think of your past, and my past is all pop-punk and touring and Hey Monday,” says Pope.

Before her win with Team Blake on season three of NBC’s The Voice, Pope was the frontwoman for the pop-punk band Hey Monday. Formed in 2008, Pope and her fellow bandmates toured around the world with the likes of We The Kings, The All-American Rejects, The Cab, All Time Low, and others before the group’s hiatus in 2011. However, after coming into town with a new record deal, Pope explains that she had initially shied away from her pop-punk roots.

“I already had a lot of proving to do to show everyone that I’m an artist. I’m a songwriter—I didn’t just sing covers on a reality singing competition show,” Pope shares. “The show really highlighted my story about being in Hey Monday, so people didn’t realize that I sang country as a kid… It was almost like I had to prove to people that I’m a country artist.” Pope continues, “There was a lot of pressure to fit a mold and I became kind of lost a few times in my career because of that.”

Over the last few years, Pope has started becoming comfortable in her own skin and learning to love the things that make her different from what is traditionally associated with country music. Through working on her mental health, Pope thinks that she has finally hit the sweet spot in combining her two musical worlds: country and pop-punk. 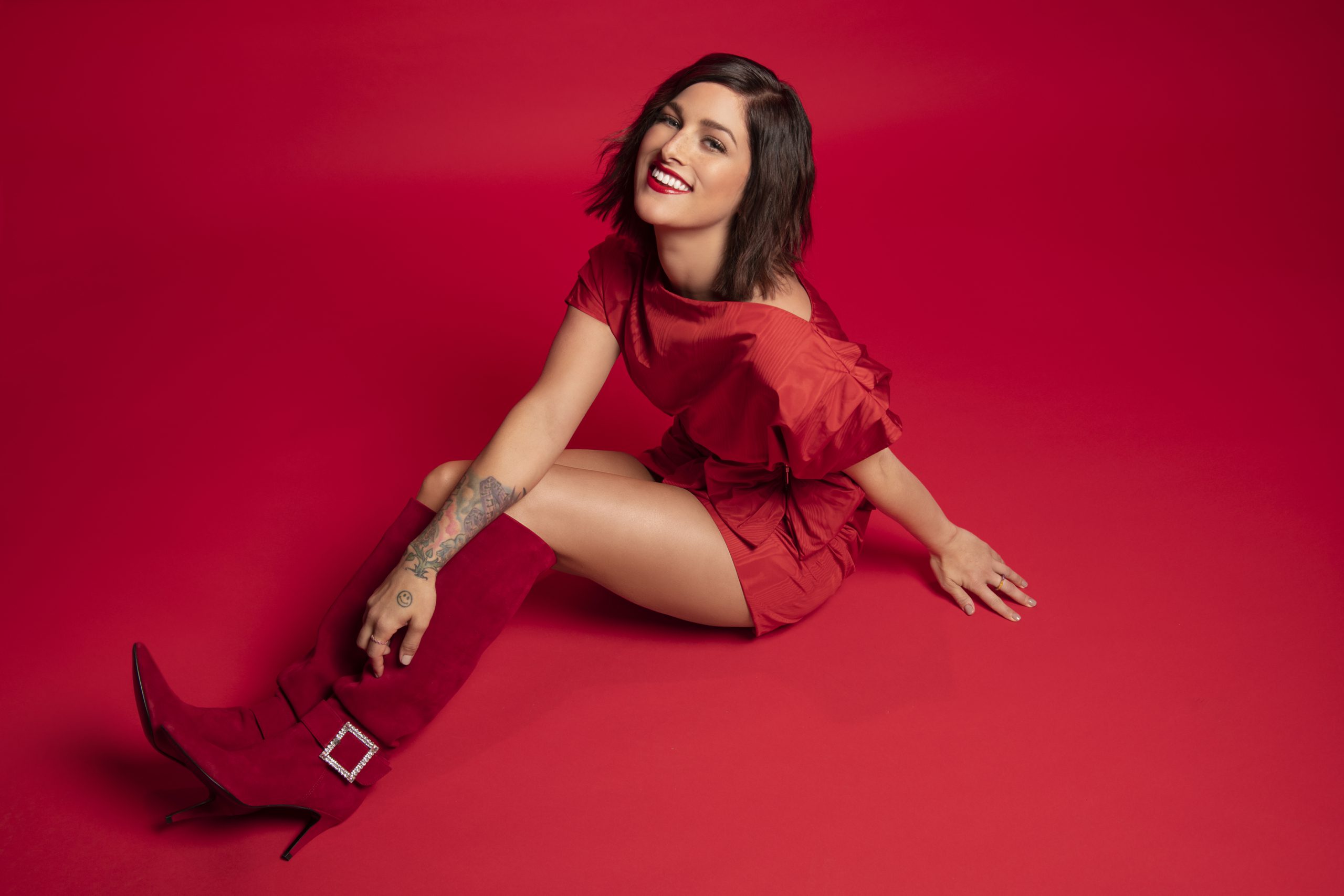 However, there isn’t a one size fits all when it comes to this new dynamic sound. “Pop-punk has a lot of different versions and so does country,” Pope explains. “I love bands like Blink-182 but I also love bands like Foo Fighters, and they are not the same. I love artists like Little Big Town but I also love Maren Morris, and they aren’t the same.”

In order to figure out this new direction without losing her country sensibilities when it comes to songwriting, Pope began to write with artists and peers from her past, including Kevin Bard from Stereo Skyline, Paul DiGiovanni from Boys Like Girls, and Holiday Parade’s Andy Albert. Pope also teamed up with The All-American Rejects lead guitarist Nick Wheeler to help produce the project.

“I’ve known Nick for like 10 years now, maybe even more. We wrote a few times and every demo that came back sounded like I could release it the next day,” says Pope. “ I was convinced he was the guy and thought it was just meant to be. So I asked him if he would produce and he said yes!”

Accompanying Wheeler, in a surprisingly stunning marriage of music, is Little Big Town’s Karen Fairchild. As one of Pope’s mentors and musical inspirations, the country powerhouse serves as co-producer on the upcoming project and even lends her voice as a feature on the album’s lead single.

“Having Nick who is a huge part of my past and where I come from on that pop-punk side, mixed with Karen who’s been a part of my more recent history and a mentor for me here in Nashville… blending those worlds just feels so right and so fun,” she shares.

Pope has given fans a glimpse into this next era of music with “What The Stars See,” available everywhere now. Teaming up with co-writers Jake Rose and Lindsey Rimes, the trio brought to life Pope’s wish of wanting to see what her exes were doing the night they broke up from the perspective of the stars.

The new track mixes a vulnerable, revealing lyric with a high-energy rock flare that is reminiscent of her Hey Monday days. Accompanied by fellow singer-songwriter Lindsey Ell lending her signature guitar riffs and Fairchild’s complimentary vocals, the new single delivers a striking preview of what to expect from Pope in the months to come as she takes off on her most honest project yet.

She also debuted the music video for the track today (May 14), directed by Ed Pryor and produced by Wes Edwards, which is a colorful take on the famed sci-fi action movie Blade Runner.

Pope is excited to be making the music that feels most authentic to her. “It has been the best experience ever in the studio; it has been the most fun I’ve ever had,” she gushes. “I’ve just been so focused on staying authentic and doing what makes me happy. It’s definitely opened up all these different doors in my brain when it comes to creativity and songwriting.

“I think the project as a whole, the way it’s shaping, is an album that really confronts things from my past that I’ve shied away from writing about until now and letting myself feel sad about it,” Pope admits. “The songs that came out of just that acceptance… I mean, they’re the most powerful songs I’ve ever written, so I think the gist of the album is just letting yourself feel whatever those feelings are and not just surviving but thriving from those experiences.”