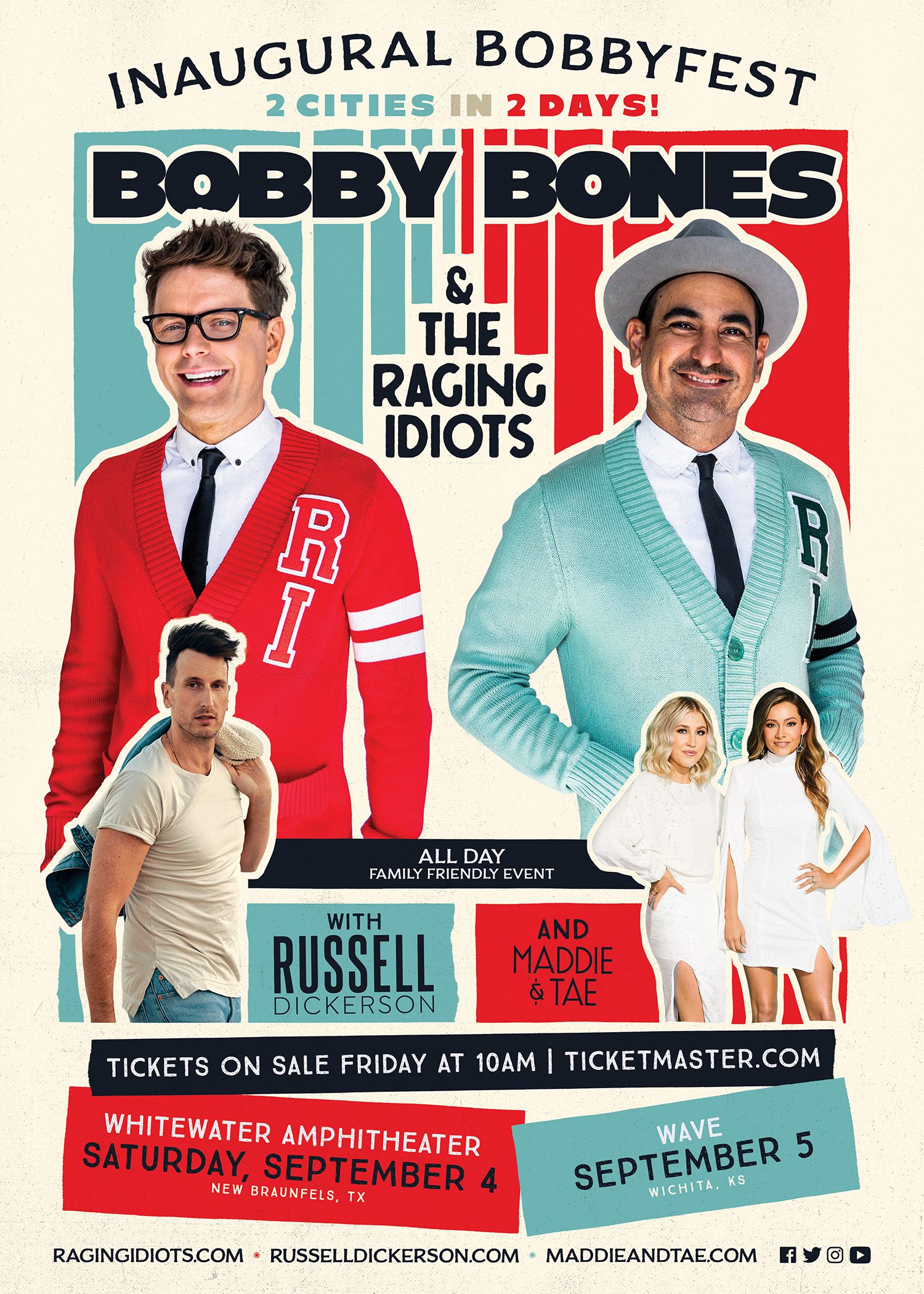 The family-friendly music festival will feature The Raging Idiots headlining both evenings with special guests Russell Dickerson and Maddie & Tae as part of the musical lineup. More event details will be revealed over the coming weeks, and tickets for both dates are on sale now at Ticketmaster.com.

The band’s latest project, Award Winning EP, will be available on May 14 with the lead track, “Can’t Say That (In A Country Song)” featuring Jon Pardi, is available now. Later this month, Bones’ new travel TV series Breaking Bobby Bones is slated to debut with two back-to-back episodes on May 31 on National Geographic. He is also currently the official in-house mentor on ABC’s American Idol, with new episodes airing Sundays and Mondays at 7 p.m. CST.