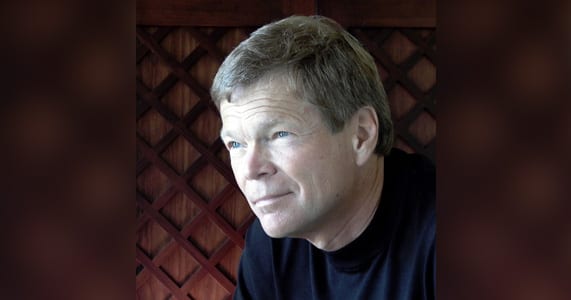 Black is best known as the co-writer of Anne Murray’s “A Little Good News,” Reba McEntire’s “You Lie” and Jennifer Warnes’ “I Know a Heartache When I See One,” among more than 20 other Top 10 country hits. He was inducted into the Nashville Songwriters Hall of Fame in 1991.

Charles Frank Black was raised in a Maryland suburb of Washington, D.C. He was a construction worker, custodian and produce delivery driver in his early years.

Black and Rory Bourke became songwriting collaborators in the late 1970s. Anne Murray’s recording of their “Shadows in the Moonlight” became a No. 1 hit in 1979. Teaming up with Kerry Chater, they scored with “I Know a Heartache When I See One” by Jennifer Warnes in that same year. These hits led to Black being named SESAC Country Songwriter of the Year in 1979.

The songwriting team was also responsible for Murray’s hits “Lucky Me” (1980), “Blessed Are the Believers” (1981) and “Another Sleepless Night” (1982). In 1983, “A Little Good News” was named the CMA Single of the Year, earned Murray a Grammy Award and was nominated as the year’s Best Country Song at the Grammys. Black took home ASCAP Country Songwriter of the Year honors in 1983 and 1984.

Black, Bourke and Jerry Gillespie were responsible for “Do You Love As Good As You Look,” which was a No. 1 smash for The Bellamy Brothers in 1981.

Roberts and Black co-wrote the No. 1 Gary Morris hit “100% Chance of Rain” (1986). Roberts, Black and Steve Dorff provided Lee Greenwood with “Someone” (1987). Roberts, Black and Buzz Cason created “Timeless and True Love” for The McCarters (1988), and the song was later covered by Jeannie Kendall & Alan Jackson (2003).

Black entered the 1990s as a songwriter by garnering another No. 1 hit, this time with K.T. Oslin (and Bourke) on “Come Next Monday” (1990). Black, Roberts and Bobby Fischer were behind Reba McEntire’s chart-topping “You Lie” (1990). Fischer, Black and Fred MacRae co-wrote the 1994 BlackHawk hit “Goodbye Says It All.”

Black was married to songwriter Dana Hunt. She co-wrote the George Strait No. 1 hits “Check Yes or No” (with Danny Wells, the 1995 CMA Single of the Year) and “Write This Down” (with Kent Robbins, 1999).

The couple relocated from Nashville to Port St. Joe, Florida several years ago. Charlie Black’s death there was confirmed on his Wikipedia page and by NSAI board president Steve Bogard. Funeral arrangements have not been announced.