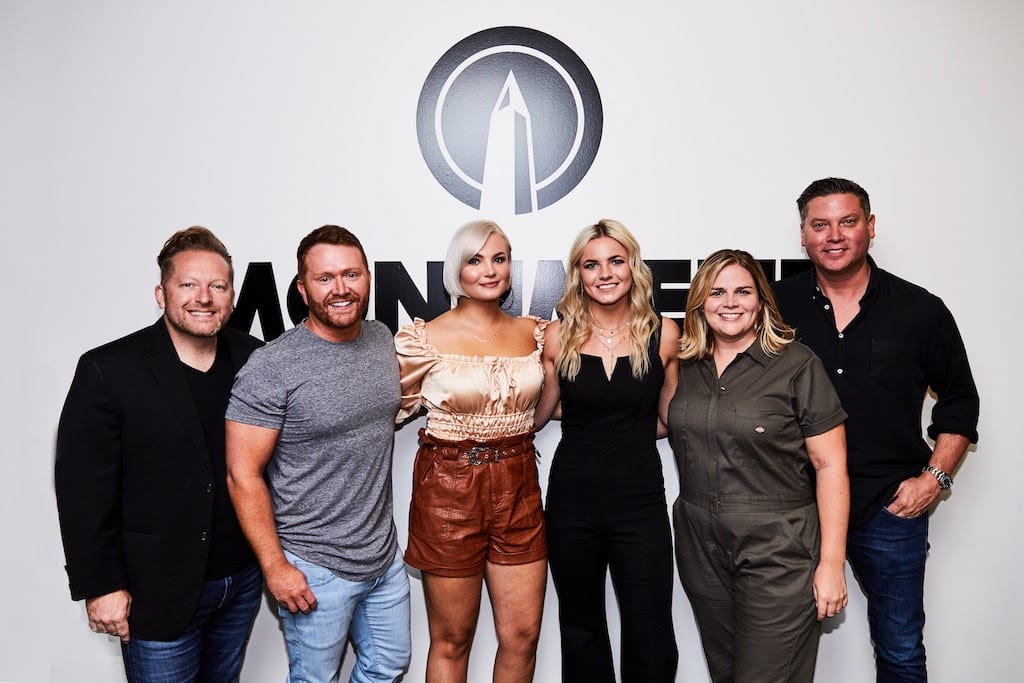 Tigirlily has signed with Monument Records.

The duo, comprised of sisters Krista and Kendra Slaubaugh, announced the news on Ty Bentli’s Apple Radio show last week. Their song “Somebody Does” which they penned with songwriter Zarni DeVette, has rocketed to the top of both the iTunes Country Songs chart and the iTunes All Genres Songs charts since its release in February.

Tigirlily first began touring throughout their home state of North Dakota, as well as South Dakota, Montana, and Minnesota, eight years ago when they were just 14 and 16 years old. After relocating to Nashville in 2017, they  began writing with fellow artists and performing live weekly at local venues. By the end of 2019 they had 130 shows under their belt including opening for LeAnn Rimes, Big and Rich, Justin Moore and Chris Janson. At the end of last year the duo was featured in the KEDS shoes global fall/winter 2020 campaign titled “Progress: Whatever That Means,” highlighting women entrepreneurs from all over the world.

“We’ve been following what Tigirlily has been doing for a while now, and with this new song, it feels like the perfect time to make it official. We can’t wait to share more music and are thrilled to have them as part of the Monument family,” said Monument Records Co-President Jason Owen.

“At Monument, we have always prided ourselves on finding artists who bring something new and different into the world, and Tigirlily is no exception. They have such a clear vision of who they are, and it’s so exciting to be on this journey with them,” continued Monument Records Co-President Shane McAnally.

“Monument is our dream team,” said Krista Slaubaugh. “After years of being independent artists, we are so excited to be part of a label that brings out the best in their unique artists, and to work with a team that takes artists to the next level.”

“We have been working toward this goal for so long,” adds Kendra Slaubaugh. “The opportunity to collaborate with Jason, Shane, and Katie, along with our manager Louis, is truly a dream come true.”