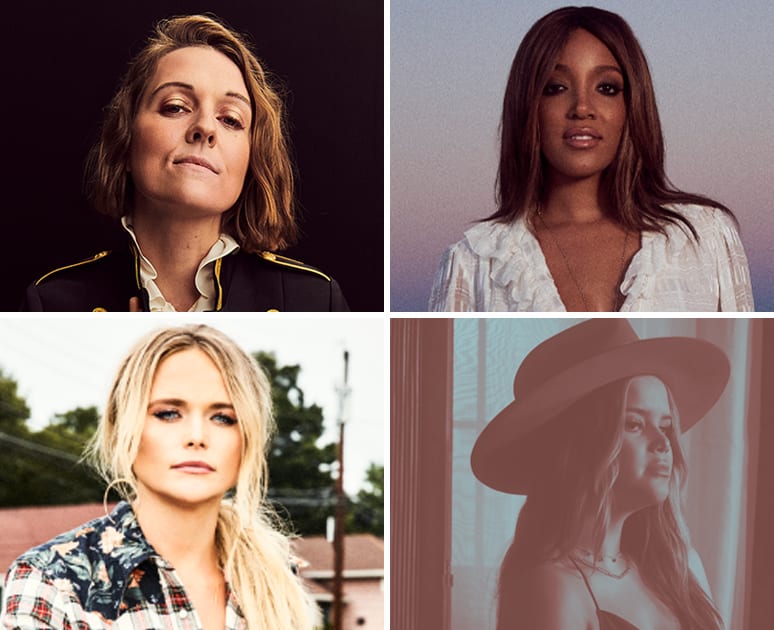 The four performers are all nominated for awards throughout the night, with Lambert being nominated three separate times.

Both Lambert (“Bluebird”) and Guyton (“Black Like Me”) are nominated for Best Country Solo Performance.

Lambert is the only performer to be nominated for Best Country Album for her hit record Wildcard.

Taylor Swift is also performing and is nominated for five awards, including Song Of The Year, Album Of The Year, Best Pop Duo/Group Performance, Best Pop Vocal Album, and Best Song Written For Visual Media.

The Grammy Awards will pay tribute to independent venues, which have been greatly impacted by the pandemic. From bartenders to box office managers, those who work day-to-day at the Station Inn (Nashville), Troubadour (Los Angeles), the Hotel Café (Los Angeles), and the Apollo Theater (New York City) will present various categories throughout the night.

Hosted by Trevor Noah, CBS and the Recording Academy will present the 63rd Annual Grammy Awards, airing live on Sunday (March 14) at 8:00 p.m. ET on CBS Television Network. The telecast will also be available to stream live and on demand on Paramount+.