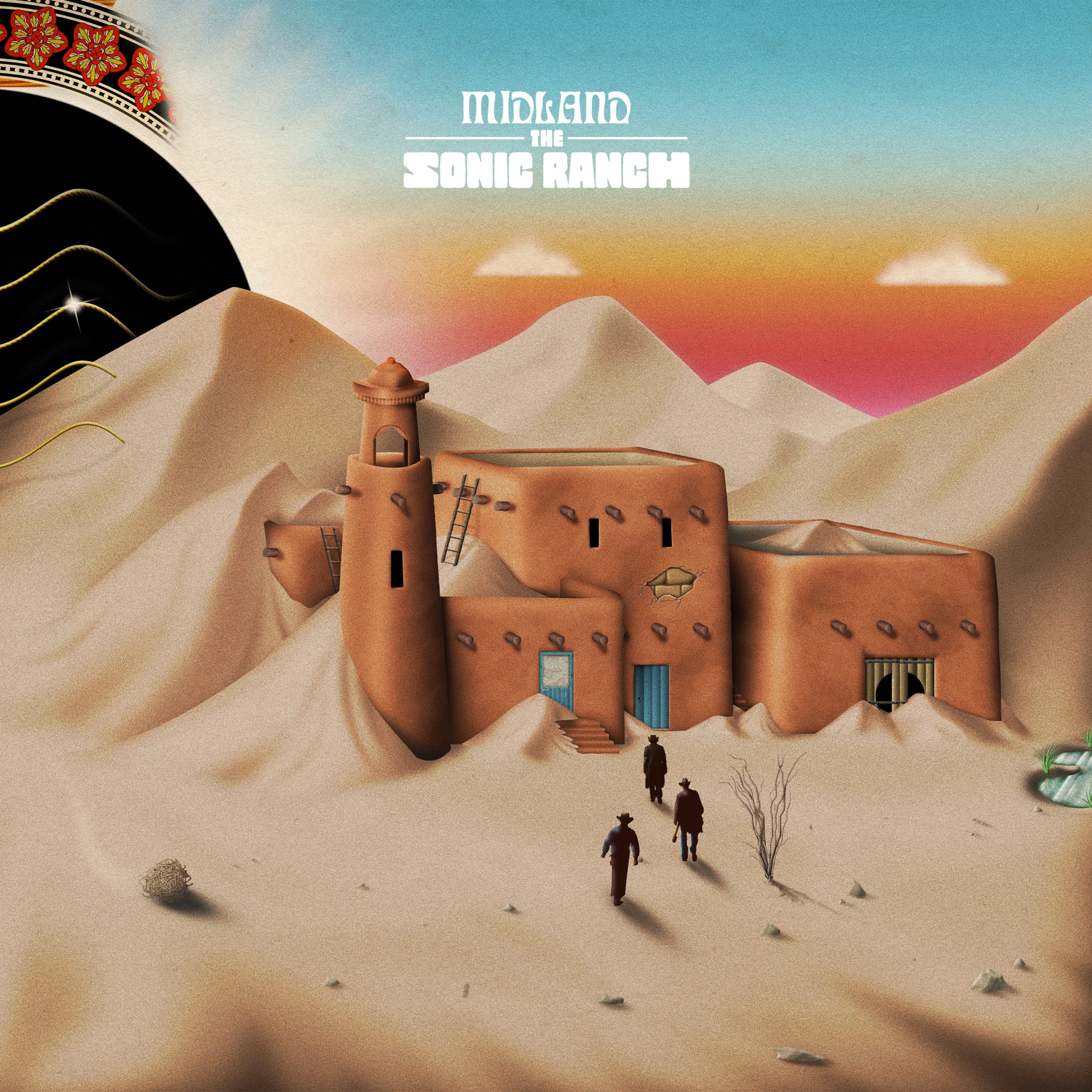 Midland is looking back on the magic that brought them together as a band in a brand new documentary and accompanying soundtrack, Midland: The Sonic Ranch, due out March 19. The leadoff track from the album, “Cowgirl Blues,” is available now.

The new double project takes a deep dive into the backstory of the band’s origins prior to landing on country radio with their 2017 Platinum-certified smash “Drinkin’ Problem.” Using footage as an anchor not only shows their baby steps, but also measures their rise to a group capable of selling out the Houston Livestock Show & Rodeo, packing Billy Bob’s for multiple nights, and re-opening North Hollywood’s storied Palomino Club.

“We were always about the music,” says Midland’s Jess Carson, “and the way real people could create something different. We’re all vintage people, whether old concert t-shirts or rhinestone suits, and recognizing what’s beautiful in the past set us up for this sound that we found out we had, a sound that borrowed from Gary Stewart and Mickey Gilley, Merle Haggard, Dwight, Buck Owens. Once we knew that, we wanted to chase it across the skyline. Now people can see our journey.”

“Midland was not so much a band as an experiment fueled by an assortment of spirits, but mostly tequila and the possibilities painted in our imaginations. We had no record label or manager and we had never played a show together. These recordings capture three friends, at a live-in studio in the desert, trying to make a dream come true,” says Midland’s Mark Wystrach.