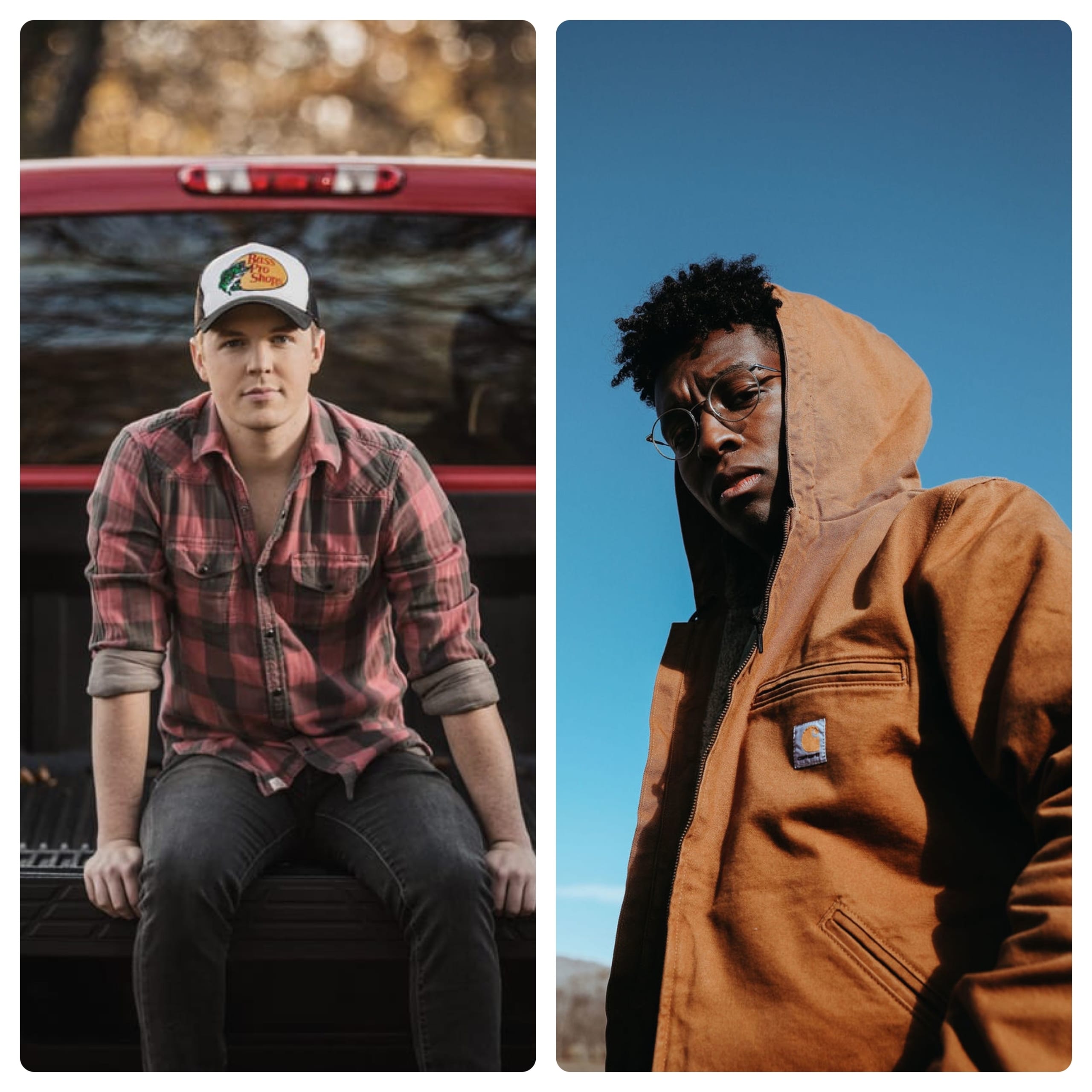 There are a number of conflicting country forces in today’s stack of wax.

With two Shenandoah entries, there’s a hint of nostalgia in the air. Matthew West and Lathan Warlick bring a CCM flavor to the proceedings. The Wild West is an all-female band. Brett Kissel is a gust of Canadian country. Miranda Lambert, Jack Ingram and Jon Randall represent the acoustic, troubadour, singer-songwriter wing of our format. Robert Counts and Hardy are Southern rock.

Wandering through this forest of diverse sounds, we emerge with a DisCovery Award for Montana’s Jonah Prill. Finishing in a dead heat for the Disc of the Day honor are Travis Denning and Breland, two thoroughly different artists who are doing superb work in their respective arenas.

JONAH PRILL / “You Remind Me”
Writers: Jonah Prill/Ryan Hayes/Justin Olmstead; Producer: none listed; Label: JP Media
— He has a resonant country baritone with a warm sincerity that suits this tune of romantic regret just fine. The track crashes around him with loads of electric guitar and rock energy. Promising.

CARLY PEARCE & MATTHEW WEST / “Truth Be Told”
Writers: Andrew Watt/Andrew Jacob Pruis/Matthew West; Producer: none listed; Label: Big Machine
— The song has been a big CCM solo hit for West. The addition of Pearce makes the already affecting lyric shimmer with new polish. It’s a lovely effort, although I wish her excellent harmony vocals were mixed louder so that their “twin” performance twirled even brighter in the spotlight.

ANDREW JANNNAKOS / “Gone Too Soon”
Writers: Andrew Jannakos/Jason Afable/Josh Bricker; Producer: none listed; Label: Sony Music Nashville
— He sings well, and the swirly production is okay, if a little too busy. The tuneless pop song does nothing for me.

SHENANDOAH & BLAKE SHELTON / “Then a Girl Walks In”
Writers: Adam Sanders/Lance Miller/Brad Warren/Brett Warren; Producer: Buddy Cannon; Label: Foundry
— We’ve previously reviewed the Zac Brown Band and Ashley McBryde cuts from the Shenandoah duets album. Now comes a collaboration with the mighty Blake. He and band’s Marty Raybon are a very hearty vocal match for one another. It doesn’t hurt that the song is as warm and comfy as this one is. Solid work.

SAMMY SADLER & MARTY RAYBON / “Church on the Cumberland Road”
Writers: Bob DiPiero/Dennis Robbins/John Scott Sherrill; Producer: none listed; Label: BFD/Audium
— Sadler’s album is titled 1989 because it consists of remakes of tunes from that year. In this case, it’s a Shenandoah chart topper, and the band’s Marty Raybon is along for the retro ride. Sadler doesn’t have Raybon’s vocal charisma, but he holds his own on this sprightly outing.

BRETT KISSEL / “Make a Life, Not a Living”
Writers: Cary Barlowe/Brandon Day/Steven Lee Olsen; Producer: Brett Kissel/Bart McKay/Jesse Frasure; Label: OneRPM
— Kissel is a huge deal north of the border, the reigning Canadian country Male Vocalist of the Year with buckets of Gold Records and awards. This soaring song of positivity has one of country’s most timeless messages: Money can’t buy happiness, and life’s simple pleasures are best.

TRAVIS DENNING / “ABBY”
Writers: Ashley Gorley/Chase McGill/Matt Jenkins; Producer: Jeremy Stover; Label: Mercury Nashville
— “Abby” stands for “AnyBody But You,” which is how he feels about moving on from his ex and finding someone new. First of all, I love spelling songs. Second of all, this is as clever as all get out. Catchy, too. Play it.

THE WILD WEST / “Better Way”
Writers: Manda Mosher/Tawny Ellis/Heather Anne Lomax/Amilia K. Spicer/Pi Jacobs/Deb Morrison; Producer: Eric Craig/Manda Mosher; Label: Blackbird
— All six of the members of this all-female ensemble swap lead vocals, and they create choral magic when they all sing together. The song is a love-your-neighbor hippie ode with a lilting, inspirational vibe. It’s quite charming, in a homemade, under-produced kinda way.

LATHAN WARLICK & RAELYNN / “Roots”
Writers: Blake Hubbard/Jarrod Ingram/Lathan Warlick/Racheal Lynn Davis/Summer Overstreet/Zach Dyer; Producer: The720; Label: Records/Columbia
— Warlick is a singer/rapper/dancer from Jackson, TN who has made a few waves in the Christian-music field. His collaboration with country’s RaeLynn is more hip-hop than country, despite her able singing. Pass.

BRELAND / “Cross Country”
Writers: Breland/Sam Sumser/Sean Small/Will Gittens; Producer: Sam Sumser/Sean Small; Label: Bad Realm/Atlantic
— His “My Truck” collaboration with Sam Hunt was a Platinum success. Now Breland steps out with something even better, a lovely, uplifting, melodic tenor vocal performance that wafts and soars on zephyrs of sound. There’s equal parts of vulnerability and strength in his delivery of an autobiographical lyric about trying to find your place in a world where you don’t fit in. The acoustic guitar, gently shuffling rhythm and open-air atmosphere are all wondrous.