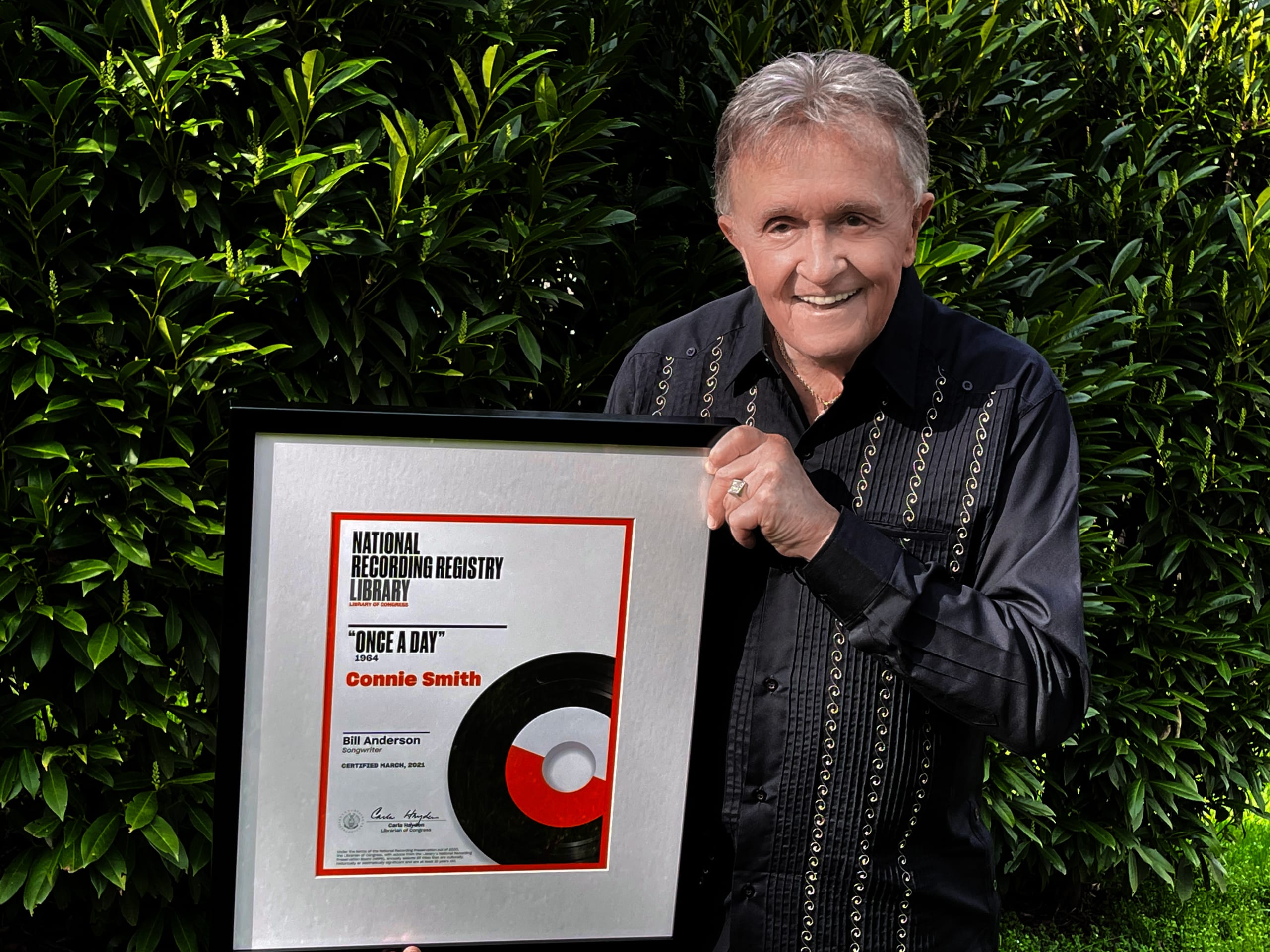 Bill Anderson‘s song “Once a Day,” recorded by Connie Smith, has been inducted into the National Recording Registry of the Library of Congress. Recorded at RCA’s famous Studio B in Nashville, “Once a Day” was Smith’s biggest hit and became her signature song.

Anderson’s song joins other groundbreaking sounds of history and culture to be inducted, including Louis Armstrong’s “When the Saints Go Marching In,” Labelle’s “Lady Marmalade,” Nas’ “Illmatic,” Kool & the Gang’s “Celebration,” and Kermit the Frog’s “The Rainbow Connection.”

“I had the honor of performing at the Library Of Congress in 2015, and while I was there I was privileged to get to see some of the songs housed in the National Recording Registry,” says Anderson. “I saw songwriter names like George Gershwin and Irving Berlin, and now to think that my name will be there alongside those legendary composers is mind-boggling. I am thrilled that Connie Smith’s record and my little three-chord country song …written in the front seat of my car at a four-way stop sign in the Nashville suburbs…is being honored in such a remarkable fashion.”

“The National Recording Registry will preserve our history through these vibrant recordings of music and voices that have reflected our humanity and shaped our culture from the past 143 years,” says Librarian of Congress, Carla Hayden. “We received about 900 public nominations this year for recordings to add to the registry, and we welcome the public’s input as the Library of Congress and its partners preserve the diverse sounds of history and culture.”

The Library of Congress recordings were selected as audio treasures worthy of preservation for all time based on their cultural, historical or aesthetic importance in the nation’s recorded sound heritage. The recordings most recently selected for the National Recording Registry bring the number of titles on the registry to 575, representing a small portion of the national library’s vast recorded sound collection of nearly three million items.