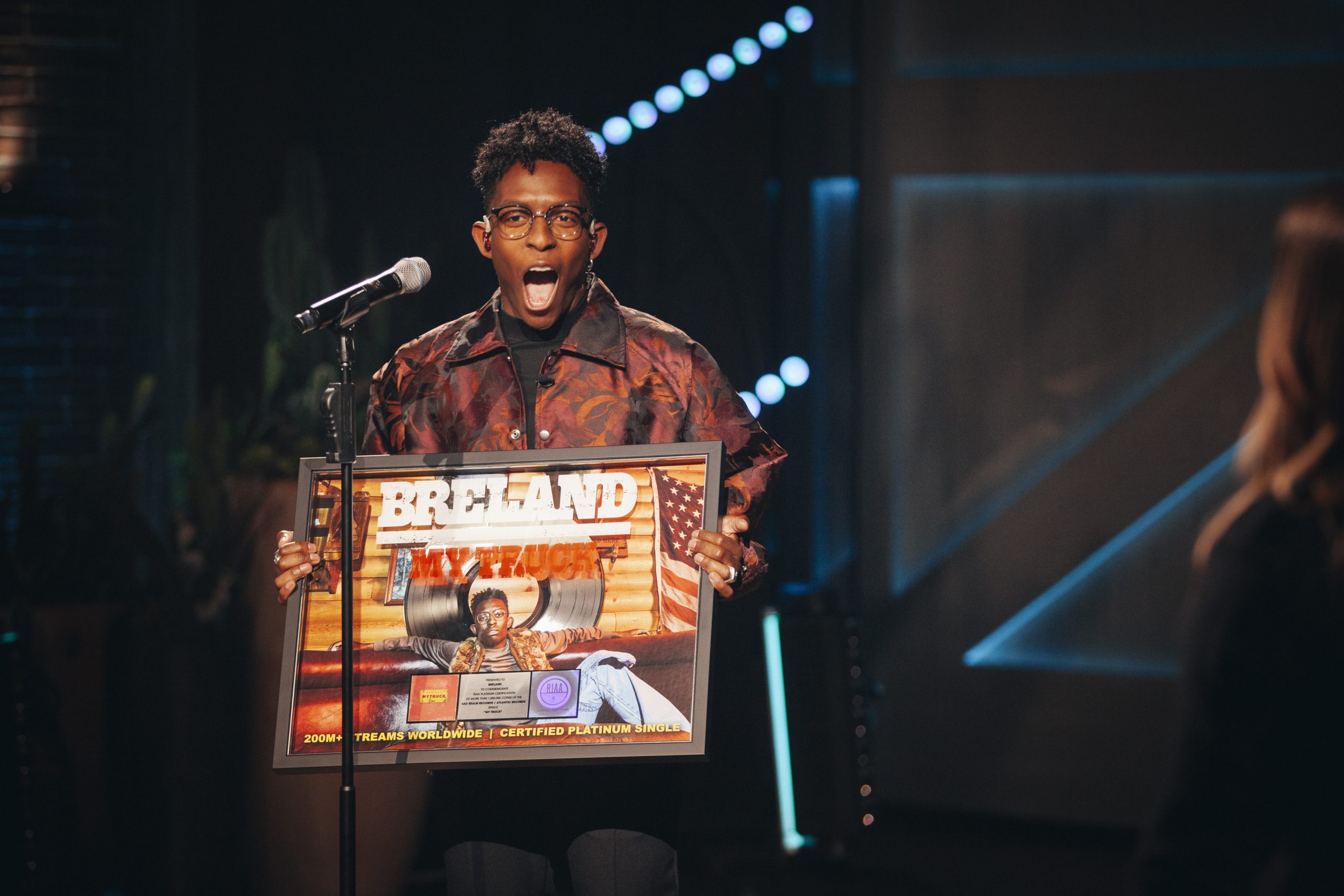 Breland, made his TV debut on The Kelly Clarkson Show this Monday (March 29). During the broadcast, he also gave the debut performance of his current single “Cross Country”.

Breland shared with Clarkson the double meaning behind the songs title—not only as a recap of his journey into the spotlight, but also carving out a space all his own by blurring genre lines. The new version of “Cross Country” featuring Grammy-nominated artist Mickey Guyton is available now.

After the success of his breakout hit “My Truck”, Clarkson also surprised Breland with a plaque to commemorate the song’s official Platinum certification by the RIAA for achieving 1 million sales and stream combined. 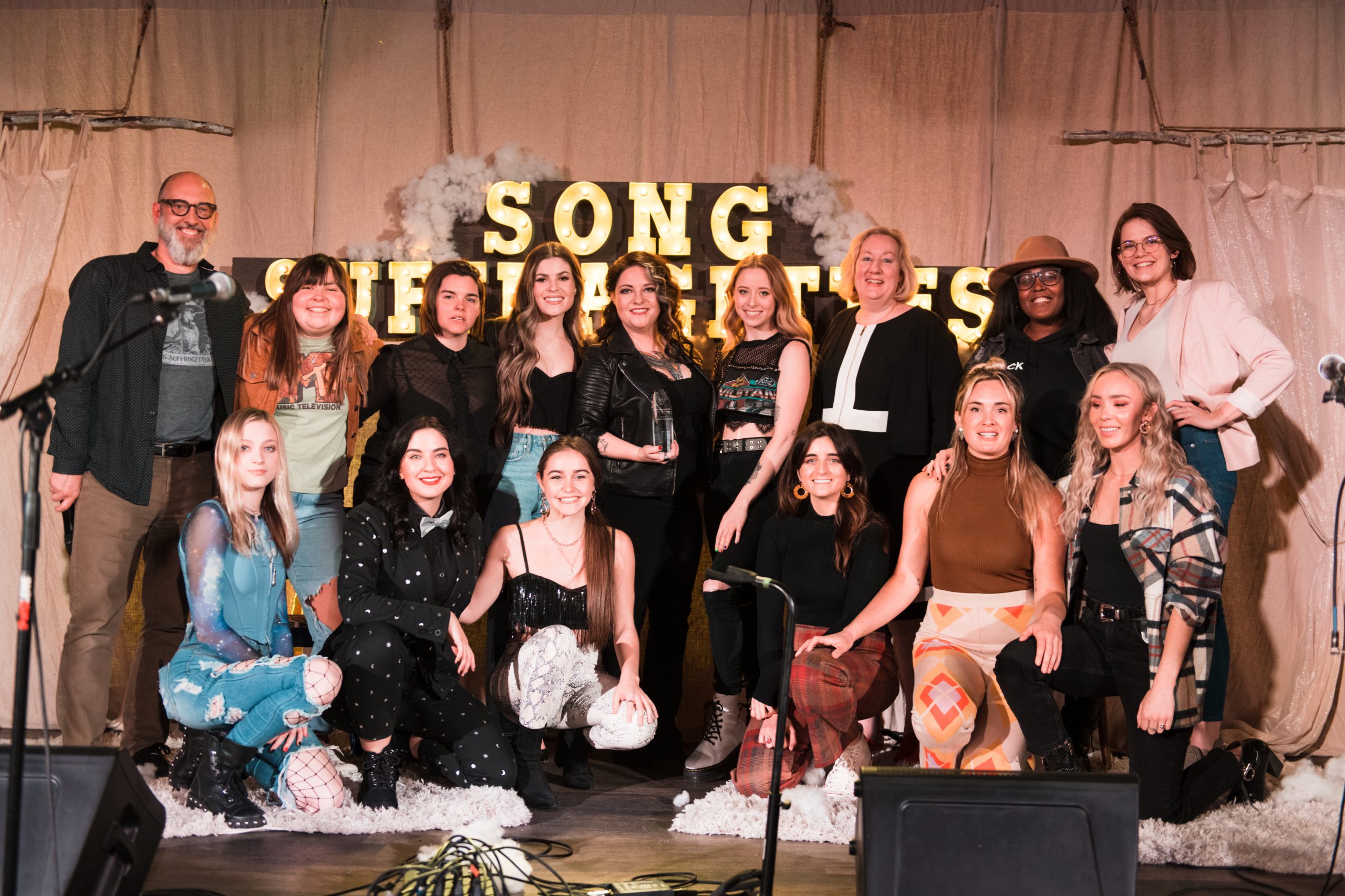 Song Suffragettes, Nashville’s all-female, singer-songwriter collective, celebrated its 7th anniversary this Monday night (March 29) at The Listening Room Cafe with a sold-out show and livestream that featured special guests and an exciting announcement.

Award-winning country artist Ashley McBryde took the stage and gave a special performance of “Girl Goin’ Nowhere”, as well as her recent Top 10 RIAA Gold-Certified single “One Night Standards” and an unreleased song, “Whiskey and Country Music.”  After her set, McBryde was presented the “Song Suffragettes Yellow Rose of Inspiration Award”, an honor bestowed on a female songwriter who has inspired many Song Suffragettes who hope to follow in McBryde’s footsteps.

The entire sold-out show and livestream is still available for viewing on the Song Suffragettes’ YouTube channel here. 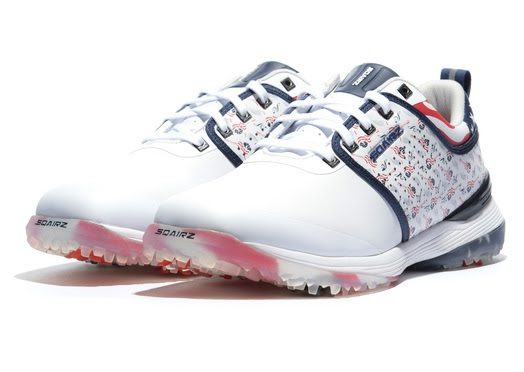 SQAIRZ, one of the fastest growing golf shoe companies, announced Monday (March 29) the launch of a new line of golf shoes called “Country Sole” created in partnership with country music star Colt Ford. The Country Sole shoe features red, white, and blue acoustic guitars on its sides and the word “USA” on the soles and bootstraps. The shoe also features all of the patented SQAIRZ golf shoe technology.

Ford, a former professional golfer, says of the partnership, “When I’m out there on the course, I want to know that I’m doing everything I can to play my best, and that includes wearing the right golf shoes. There’s no doubt that SQAIRZ are giving me the best ground force connection possible and that lets me get more club speed and distance. After trying out SQAIRZ and seeing the immediate impact on my game, it was a no brainer when I was asked to partner on the Country Sole.”

“I couldn’t imagine a better person to work with on the Country Sole,” says Robert Winskowicz, SQAIRZ’s founder and CEO. “Colt Ford is an icon in the country music world and represents what America is really all about – being independent, finding success on your terms and giving back to your community. We’re so proud to offer the Country Sole and to work with Colt on such a special pair of golf shoes.”