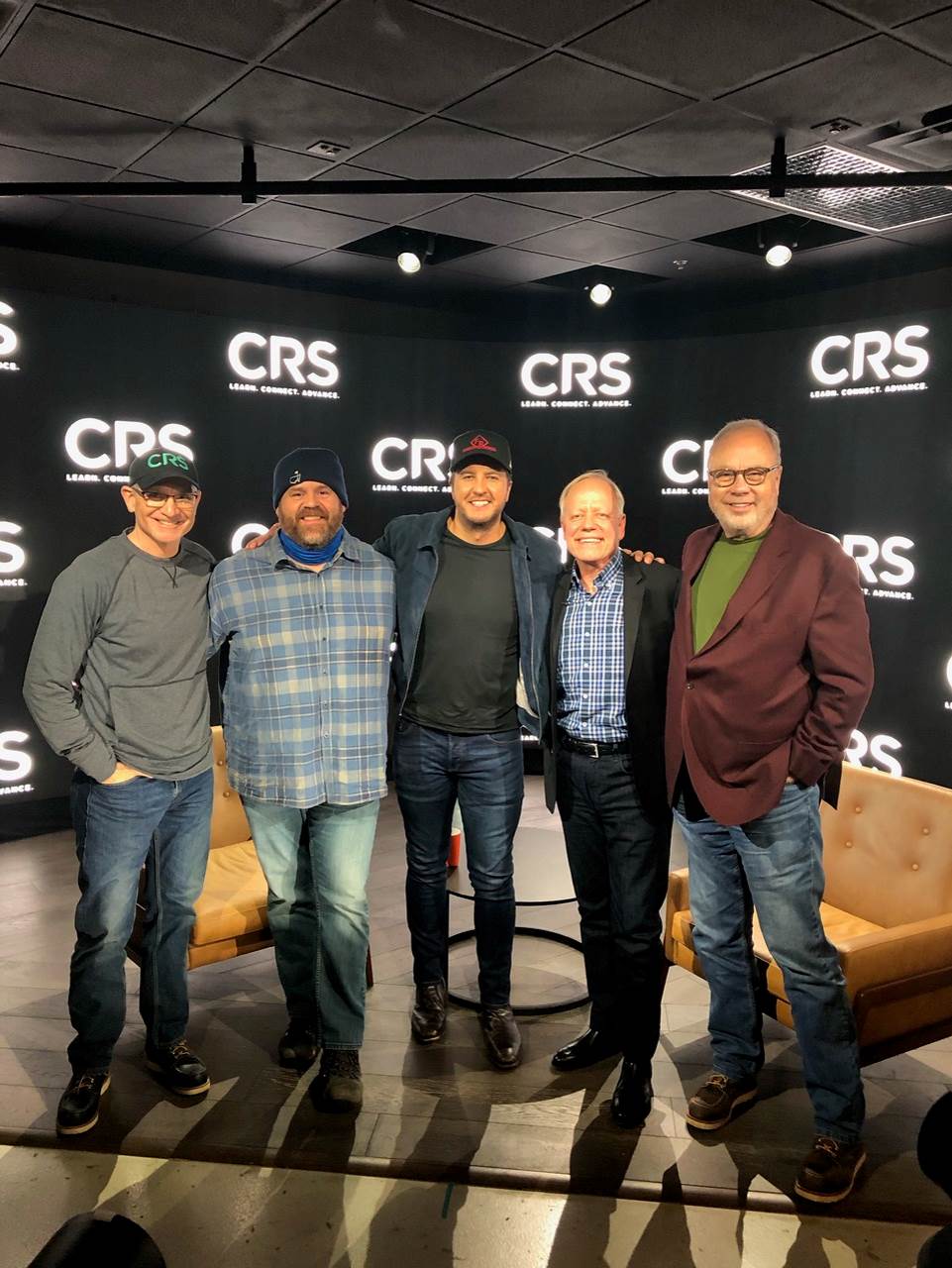 Johnson, who surprised Bryan with the honor, commented, “Luke is a big star with a bigger heart. From his earliest days to as recently as Super Bowl LV, he’s leveraged his influence for good and helped songwriters, farmers, children, small businesses—people in so many different walks of life that Luke Bryan’s philanthropic work has touched. We’re so proud to honor him with this much-deserved award.” 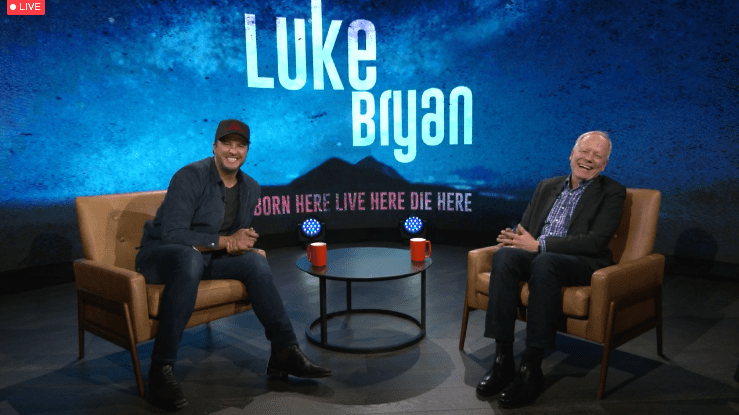 Bryan, who finished the 2011-2020 decade as the most played artist on country radio, walked through his career with Johnson, starting with his debut single “Do I,” and his Spring Break EPs.

“I think there’s a lot of naiveness behind building stuff like Spring Break and Farm Tours,” Bryan said. “It was methodical, controlled, naiveness.”

In addition to his full length albums targeted for radio airplay, Bryan released a series of seven Spring Break EPs, targeted at college-aged fans, with an accompanying Spring Break concert series. “I kept it going until it just seemed like I was too old and it got weird,” Bryan joked, “and Panama City said there’s 200,000 people on the beach and we can have you here anymore.”

Taking the party further down south, Bryan’s annual Crash My Playa concert series in drew fellow country artists and fans to resorts in Mexico. The 2020 Crash My Playa festival, that took place in January of 2020 before the pandemic halted touring, was the sixth annual event.

“What I’m proud about with Crash My Playa is that the artists come down and they have fun,” Bryan says. “I remember being the artist to go play festivals and I remember going, ‘They’re really not doing this properly. I mean, Hillshire Farm deli meat for your main entree probably isn’t the way this ought to go.’ The fact that we can go to Playa and I can ask, ‘Where do we knock it out the park?'”

Bryan’s annual Farm Tours, launched in 2009, highlight and celebrate the contributions of America’s farmers. Every year a portion of the concert proceeds are donated as college scholarships for students of farming families where the tour is played. In 2015, Luke partnered with Farm Tour sponsor Bayer who launched the #HeresToTheFarmer campaign to support their hard work and help fight hunger throughout the country. Since its inception, the campaign has donated four million meals across the U.S. in addition to thousands of dollars to area food banks and local farmers in each of the Farm Tour cities.

“To grow up with a farming background and to go do the Farm Tours is great,” Bryan says, commenting about his great partnership with Bayer and the thrill of giving back.

Now that Bryan, a four-time entertainer of the year, is looking back on his career, he can point out two moments in his career where the gravity of his success hit him.

“When add-day came for ‘Country Girl (Shake It For Me),’ which was a crazy song, we had about 35 adds. Me and my wife sat in my room, and everyone at the label and Kerri [Edwards, Bryan’s manager] said we had 35 adds, and I was just crying. Caroline was crying. That was the moment that I knew radio was starting to trust. They had to trust me with a song ‘Country Girl (Shake It For Me).’ When they started trusting me and what me and my team were doing, I was like, ‘We’re turning a corner, radio is coming around.'”

The next moment came after the label had decided to release the single “I Don’t Want This Night To End.” Bryan’s dad, who was not a fan of the decision, had driven to Louisville, Kentucky for a concert and watched the audience’s reaction to the song.

“When I hit the stage it was crazy energy. And when I kicked into ‘I Don’t Want This Night To End,’ they lit up [the crowd] and I looked at my dad. He’s over there drinking a beer, checking it all out. We get off stage and my dad was like, ‘Well son, you picked the right next damn single.'”

Now, many singles and more than 25 No. 1 songs later, Bryan has expanded his brand into more avenues of entertainment. For the past several years, Bryan has served as a judge on American Idol.

“Every phase of your entertainment career is about pushing yourself into new little avenues and challenges,” Bryan said about his journey into American Idol. “At the core of what I am, I will always be a guy that likes to sit down and write a song, play it for people, record it, hear it on the radio and watch the people respond to that.

“My biggest thing with Idol was will it affect my music career? Will country radio go ‘He thinks he’s went on to other things,” Bryan said. Turns out the soon to be Idol judge called some fellow country artist friends, including Blake Shelton and Keith Urban, to run the idea by them. “They were like, ‘Man, you’re just going to enjoy learning something different.'”

Now on his fourth season of Idol, Bryan has found his footing as a judge. Earlier in February, Bryan announced that he will release a deluxe version of his No. 1, Gold-certified album BORN HERE LIVE HERE DIE HERE (Deluxe Edition) on April 9, 2021 adding six new songs to add to the album’s original 10 tracks.