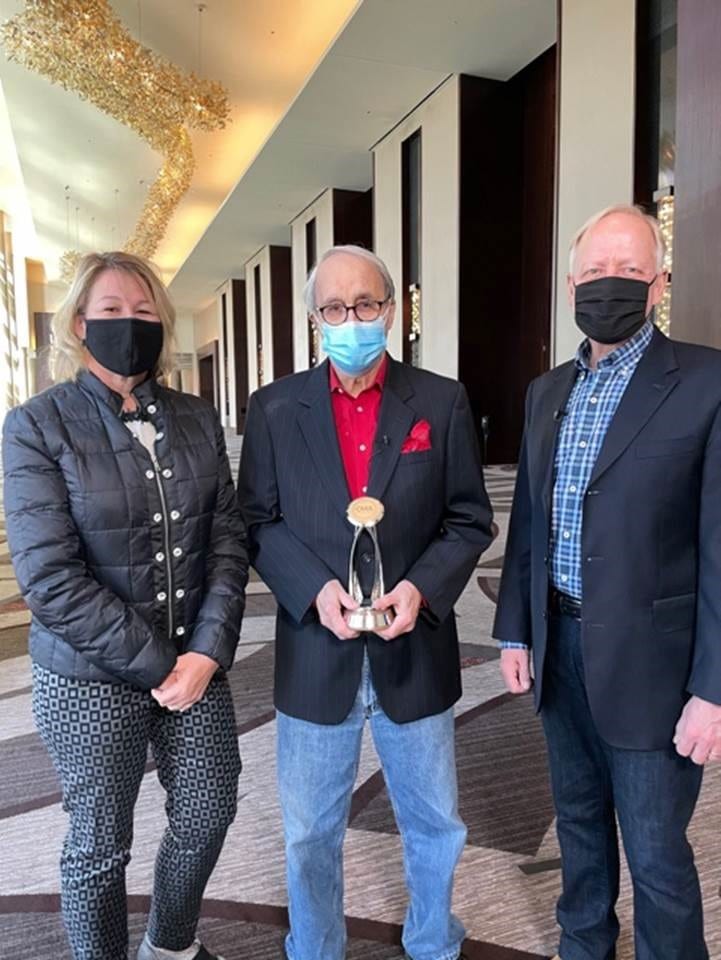 Country Radio Hall of Fame member Charlie Monk received the CMA Joe Talbot Award, recognizing outstanding leadership and contributions to the preservation and advancement of country music’s values and traditions. He was honored on Thursday, Feb. 18 during CRS 2021: The Virtual Experience.

With a career that spans broadcast and publishing, Monk has rallied behind country’s brightest stars. In 1969, he  joined industry friends as one of the founders of Country Radio Seminar. He continues to promote the genre as a longtime host of “Prime Country” and “Willie’s Roadhouse” on SiriusXM.

“If you know Charlie, you know why he’s called the Mayor of Music Row,” said CMA Chief Executive Officer Sarah Trahern. “His tireless passion for Country Music and everything our industry represents is contagious. He has always been a champion of moving this genre forward.”

“Joe is one of my favorite people in the entire world,” said Monk. “I can’t believe I might be lost for words, but I am truly honored because of this man. Probably anything that I might have accomplished, he touched it at some point. His whole family are friends and I am truly honored.”

Monk is the ninth recipient of this award since it was first presented in 2001. Prior recipients include Janette Carter, Kitty Moon Emery, Merle Haggard, Alan Jackson, George Jones, Louise Scruggs, Marty Stuart and Joe Talbot.