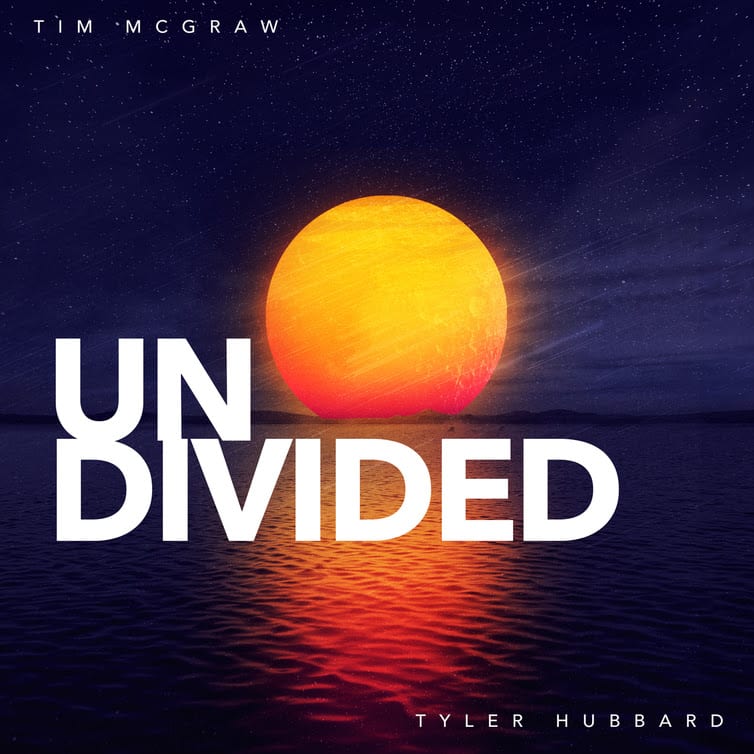 Tim McGraw and Florida Georgia Line’s Tyler Hubbard are offering up some sage wisdom during a trying time in their brand new single recorded together, “Undivided.” The heartfelt collaboration is being released to radio and streaming services on Jan. 13, along with a behind-the-scenes video featuring the two friends in the studio.

The announcement of the single comes shortly after Hubbard and FGL band-mate Brian Kelley uploaded a video to social media where they talked about pursuing their own music individually, with Kelley announcing a solo album and Hubbard speaking of collaborations with other artists. They also reassured fans that they weren’t breaking up.

“Undivided” will be included on the deluxe version of McGraw’s No. 1 album Here On Earth, due out later this spring on Big Machine Records. It was co-written by Hubbard and Chris Loocke, produced by Corey Crowder, Hubbard, McGraw and Byron Gallimore, and came out of Hubbard’s time spent soul searching on his bus while waiting out a positive COVID-19 quarantine. Examining his own ability to judge too quickly during that time, he considered the values he was raised with and looked to his faith for guidance and inspiration. But rather than writing a somber song, he wrote “Undivided” from a place of positivity and hope.

“Music gives us hope and brings us together in a way nothing else can. This doesn’t mean we don’t have work to do. Quite the opposite,” McGraw said. “I loved the positivity of this song and that it called me to check myself and to remember that love is bigger. It’s why I knew this song had to be my next single with Tyler as soon as he sent it to me.”

“I knew immediately when I finished it, I had to text it to Tim. He has a way of communicating with the world that is unique in music,” Hubbard said. “For him to want to perform with me was an amazing feeling. The song is about coming together, and that’s exactly what we did.”