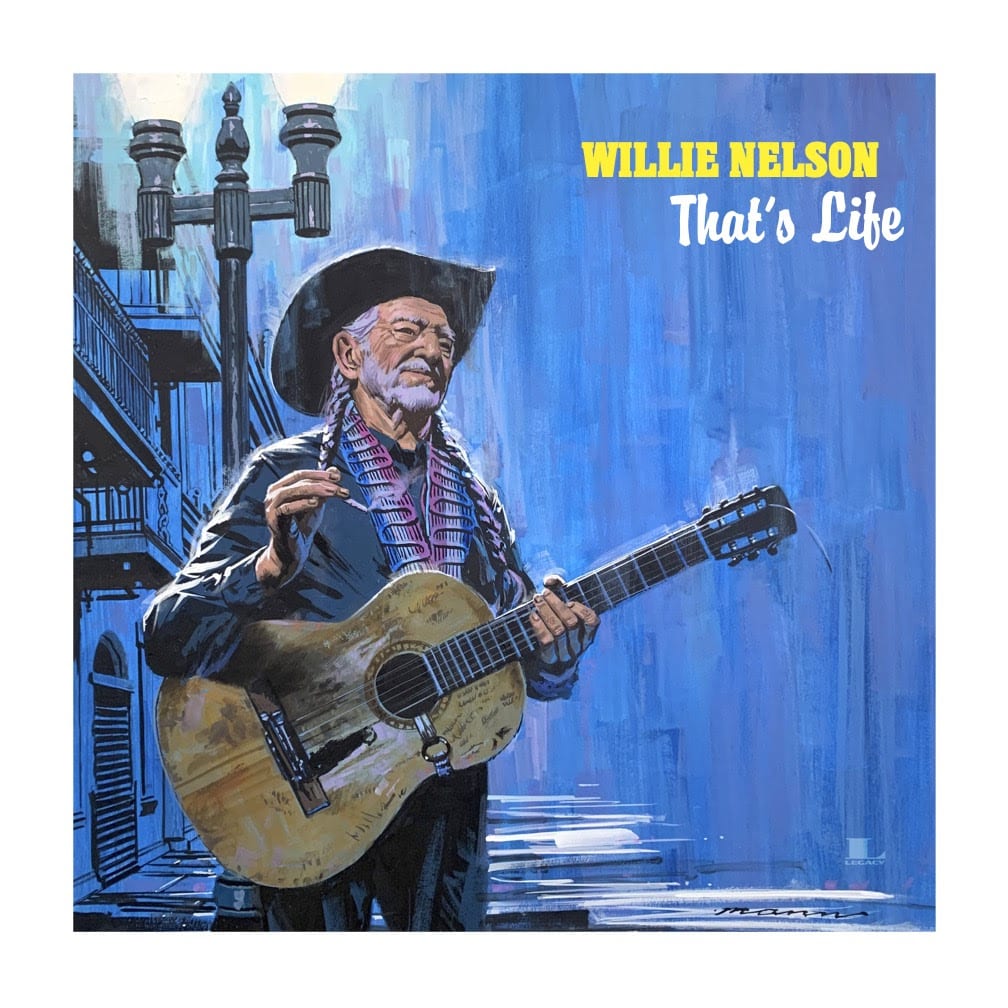 Nelson and Sinatra were close friends, musical colleagues and mutual admirers of each other’s work throughout Sinatra’s lifetime. In the 1980s, Sinatra opened for Nelson at the Golden Nugget in Las Vegas and the two of them appeared together in a public service announcement for NASA’s Space Foundation. That’s Life continues Nelson’s longtime musical appreciation of Sinatra’s artistry and repertoire, an exploration exemplified by 2018’s My Way, which earned Nelson the Grammy for Best Traditional Pop Solo Album. This album includes classics made famous by Frank Sinatra, including “You Make Me Feel So Young,” “Luck Be A Lady,” and “In The Wee Small Hours Of The Morning.”

Produced by Buddy Cannon and Matt Rollings, That’s Life was recorded at Capitol Studios in Hollywood—where Sinatra, the first artist to record at the facility, created many albums from March 1956 to November 1961—with additional recording at Pedernales Studios in Austin, Texas. The album cover painting of Nelson and his iconic guitar, Trigger, was created by painter and illustrator Paul Mann. It evokes classic Sinatra album cover In The Wee Small Hours.